The coming months will be a tough challenge in this dangerous time for Central European countries. Decisions taken by some capitals will define for many years the critical directions of development and the region’s position in the international arena. As I write these words, Central European countries have concluded the elections to the European Parliament and the Three Seas Initiative summit but are still before the Berlin Process conference for the Western Balkans in Poznań. However, more importantly, the post-election European Union is soon to witness the process of electing new members of the European Commission. These decisions, along with the brand-new balance of power in the EU institutions, will determine whether the Central European region maintains its peripheral position or attains that of a partner for Europe’s largest countries while gaining the broader right to independently choosing its path of development. 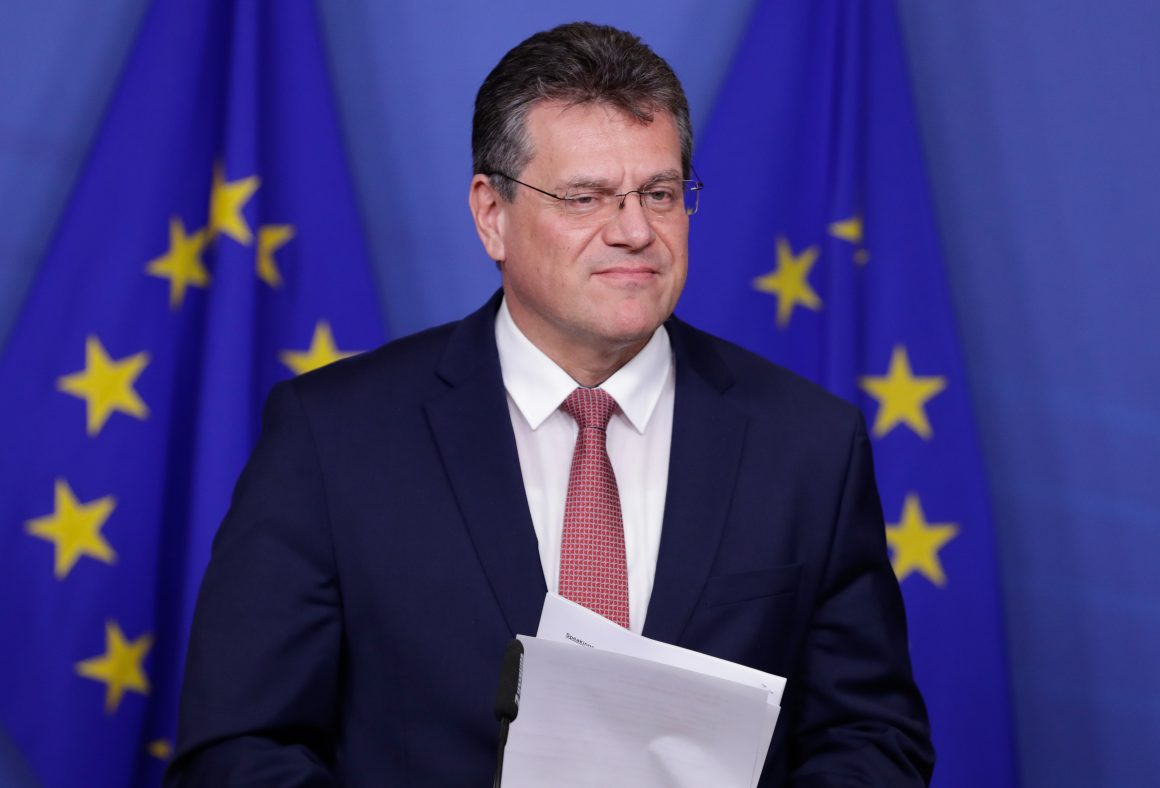 It is clear that the EU’s next multiannual budget will be much more modest than the current one, with the transfer of funds to less affluent regions being smaller due to the United Kingdom’s exit from the European Union, or due to pressure exerted by the community’s mighty members to allocate part of EU funds to programs they are committed to back, including those aimed at supporting refugees. Under these circumstances, there is a risk that the “cohesion policy friends club”, as an informal group formed at the recent budget talks, which brings together net beneficiary states, will no longer demonstrate its solidarity whilst witnessing how the EU budget is divided. If the new European Commission pursues a policy comparable to what is taking place right now, one could expect that attempts will be made to break cooperation between Central European states by offering more favorable conditions to some countries. Moreover, public opinion has in recent years eyed the ability of the EU institutions and the mightiest countries to divide the European Union. Poland has, in particular, had to face an unpleasant experience after most of its smaller Central European peers backed the EU’s posted workers directive.

Central European countries have not yet fully mastered how to employ European tools, from which they – as new EU member states – have failed to draw lessons. Older and more experienced EU members are perfectly aware of how to use the European institutions to bring in regulations and solutions to benefit from, even at the cost of limiting the free competition of other European liberties. Fifteen years of EU membership have shown to Central European states that today’s Berlin or Paris have a different understanding of freedom of movement for services, goods and persons while the strategy of threatening defiant countries with withdrawal from the Schengen Area has become increasingly frequent. The protectionism of the western states keeps restricting European freedoms or tends to over interpret provisions of the treaties, making other EU members believe that this is still the very same community Poland joined back in 2004.

Our first hazard is total anarchy in the Central European region, encompassing competition between all countries that try to win the favor of new EU authorities in Brussels and that of Europe’s largest capitals. We can already observe the first symptoms speaking for such a scenario in the media. In the article “Europe from Left to Right” on the Die Zeitweekly’s website[1], attention was drawn to the post-election map of Europe that classified Poland in the group of far right-dominated countries, with Hungary, Austria, and Germany belonging to the conservative camp. In turn, Slovakia’s English-language weekly was happy to report that the liberal and pro-European Progresivne Slovensko (Progressive Slovakia) party claimed victory in the European Parliament election, which was a success compared to other V4 countries[2]. 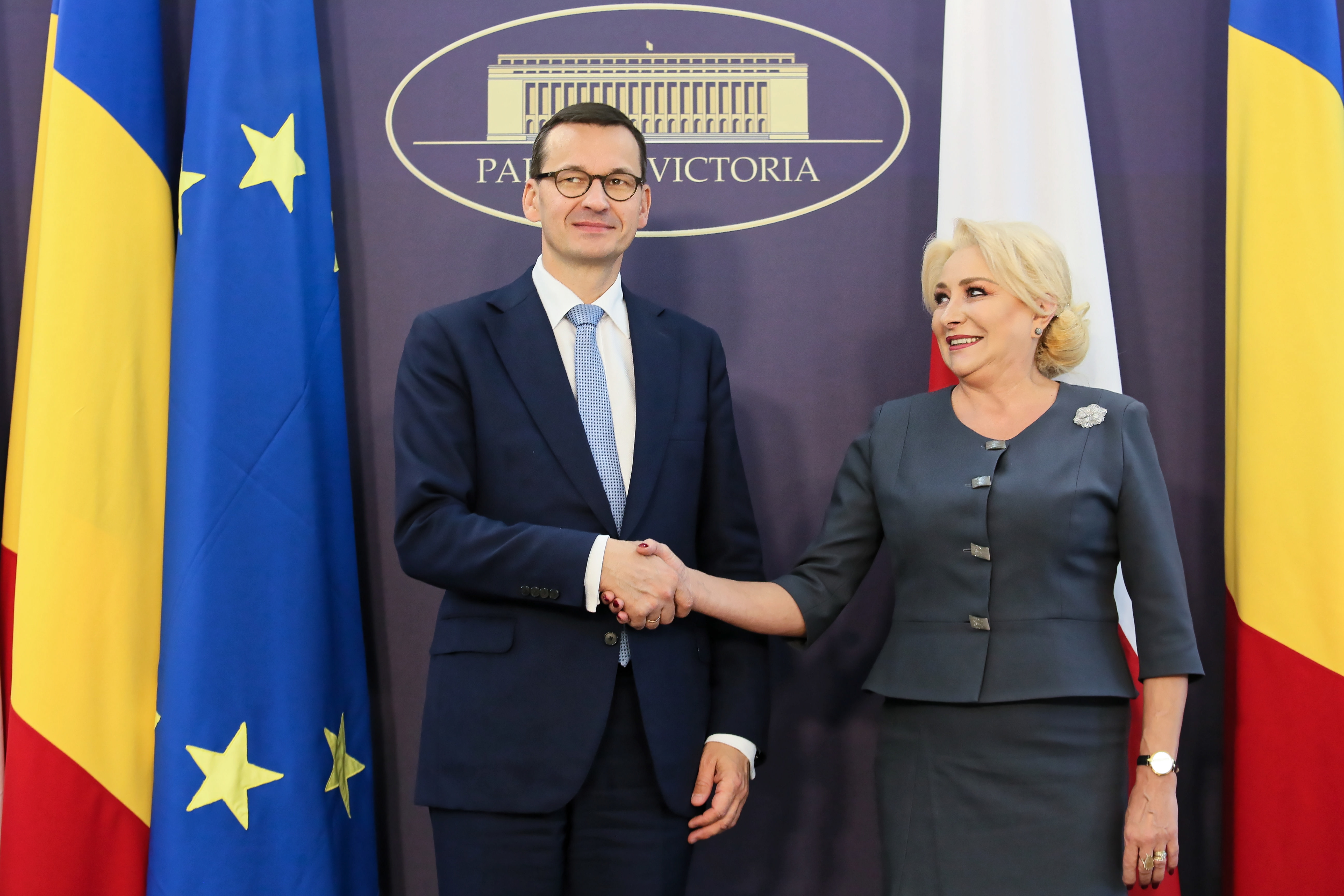 It seems, therefore, that Central European political parties that won the May vote belong to various political camps. This victory will prevent the region from agreeing to long-term deals, but alliances do not only have to rely upon ideological unity.

A hypothetical Central European coalition cannot be solely focused on party unity or a negative agenda aimed at blocking Brussels’s most dangerous projects. To have an efficient impact, gain attention and become an attractive partner, countries of the region need to put forward constructive ideas and solutions. One of Central Europe’s specialties might be to offer joint support for Europeanization processes in the Western Balkans. Countries of the region should be the ones to defuse a growing powder keg in a bid to bring Bosnia and Herzegovina, Serbia, Montenegro, North Macedonia, Kosovo, and Albania closer to the European Union. Completing the process will put an end to the very last gray area east of the Iron Curtain, or an area that other countries, including Russia, China and Turkey, can use to achieve their goals and avoid major consequences.

It seems that the decision on integrating other Western Balkan countries is already sealed since, due to the upcoming Brexit, not all of the UK’s seats have yet been distributed to the remaining EU member states. The very declaration from the representatives for the European Union and the European Parliament leaves no doubt that the British seats in the European Parliament will be handed to MEPs from new EU member states in the future. Moreover, leaving vacant posts in the European Parliament for 2019–2024 may indicate that EU institutions are keen to open up an opportunity for the enlargement process to take place within the next five years. This is why it is all the more worthwhile to get involved while making Europeanization of the Western Balkans an element for building both a favorable scenario and agenda for Central Europe in a move to give an impulse to the entire European Union.

In the context of the above challenges, it would be a good idea for the leaders of the Visegrad Group to put forward a joint candidate for the head of the European Commission. At the time, support of Maroš Ševčovič was contemplated. Representative of a small Central European nation, he rather characterizes a liberal-leftist environment than a conservative one. Nevertheless, at the end of May, the media was swamped with information that neither Hungarians nor Poles had any problems with supporting his candidacy. It is hence a let-down that at the last stage of the negotiations, after the meeting of Prime Ministers of the V4 on June 13, another message emerged that the partners did not agree on a common candidate. And if Ševčovič would have also received the votes of other countries in the region, he could become one of the more serious candidates. It is difficult to say whether the leaders of the Western European countries would be ready to give the steering wheel of the European Union into the hands of the Slovak. The problem with the acceptance of the candidacy of the incumbent Vice-President of the European Commission may be the fact that in the opinion of many politicians from Western countries, Central Europe is not sufficiently objective and ready to embrace the most important functions in the Community.

It seems today that attaining the region’s subjectivity is a prerequisite for playing an active role both in the international arena and in European relations, with the promotion of Central Europe as a term to define the region to symbolically mark its emancipation. Only what is named can fully enjoy its image power. Recognizing the region’s right to independence, submit initiatives and promote its local candidates by western partners would corroborate the full integration of Central Europe while putting an end to the split into west and east.

The second requirement essential for viewing Central Europe as a more serious partner in the eyes of both Brussels and other influential European capitals provides for gaining greater multidimensional economic independence. All Central European countries see Germany as their largest economic partner whose macroeconomic indicators have for years determined to a greater or lesser extent the success of those regional economies that were undergoing transition. In many places today, the rapid economic growth of some Central European economies can, however, be only partially owed to their cooperation with Germany. Meanwhile, experts argue that Central Europe is not the only one to rely on Germany, but Berlin could not handle economically without the aid from its eastern partners[3]. Notwithstanding that, the region’s potential cannot be fully exploited due to a number of factors, including the lack of new and capable traffic routes running from north to south, restricted access to cheap energy resources and their low supply guarantee, as well as a modest share in implementing new technologies. The Three Seas Initiative and a list of 48 projects focusing on three fields – infrastructure, energy and digitalization – and drafted jointly at the Bucharest Summit in 2018 may emerge as an attempt to address these challenges. This year’s edition of the Three Seas Initiative forum in Slovenia served as an occasion to deliver a preliminary report on the state of implementation of individual undertakings[4]. In addition to EU financing, the projects will be subsidized by a recently established The Three Seas Initiative Investment Fund, launched as a new capital instrument. This will enable the entire program to be set in motion more swiftly. 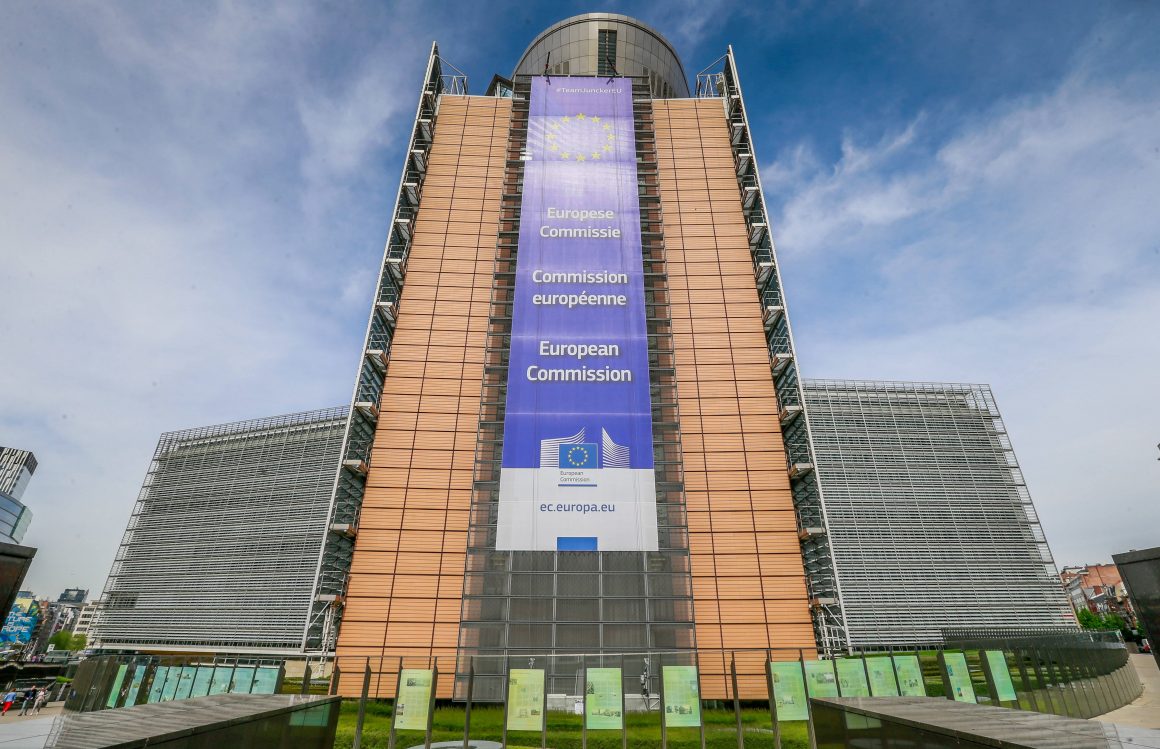 An additional condition is required to make Central Europe relatively independent. Each of its states needs effective leadership that is well aware of all challenges, with Poland, as the region’s largest country, designated to tackle a particular task in this respect. Warsaw needs, therefore, to carry out exceptionally skillful foreign policy in order to connect and not to discourage, and to maneuver artfully between small Central European nations and their often-complicated histories. It seems crucial for Polish foreign policy to include the Central European doctrine, similar to the already well-established Eastern policy. Poland’s Eastern policy has become a peculiar hallmark on the international arena, with the Eastern Partnership program at the forefront, even if it has not always proved effective. Nevertheless, Central European partners eyed it mainly in terms of an independent proposal alongside Berlin’s Ostpolitikstrategy. It is time to push forward a full-scale Central European policy alongside Germany’s Mitteleuropa. A condition for effective Polish policy in the region will be to show that we take our partners seriously. However, this effort will be profitable, because the empowerment of Central Europe will strengthen each of the countries in the region, but the greatest added value will be enjoyed by the mightiest.