Not surprisingly, Myanmar is set to join a growing list of countries that are warming up to Russia’s oil imports. Both regimes have forged close cooperation. In addition, Myanmar suffers from a gasoline shortage while Russia is seeking to send its energy elsewhere. Last but not least, Myanmar is yet another ready market in Asia that matters most for Russia as Western states shunned Russian energy imports. 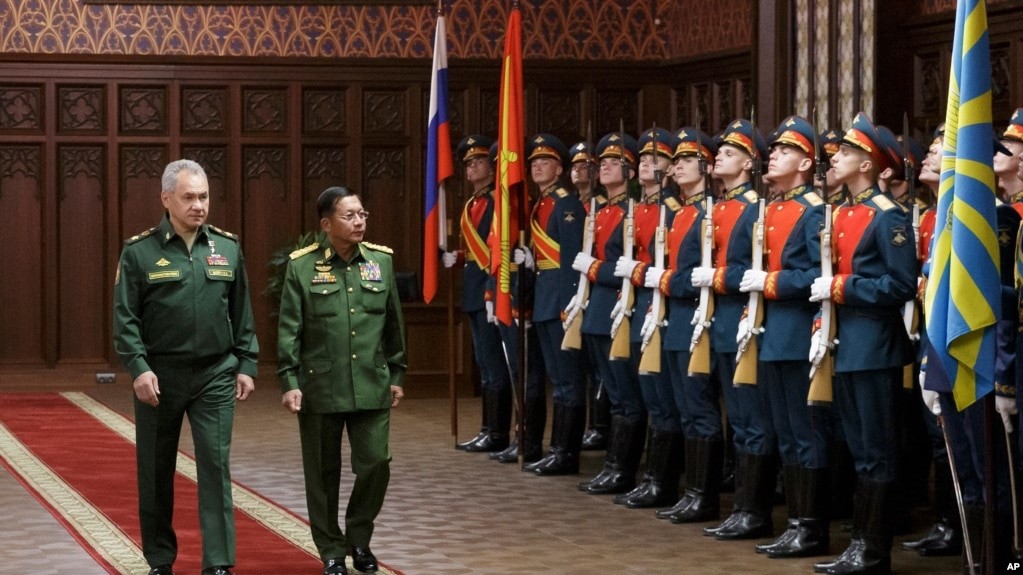 Military-ruled Myanmar plans to import Russian gasoline and fuel oil to ease supply concerns and rising prices, according to military spokesperson Zaw Min Tun. Junta chief Min Aung Hlaing discussed oil and gas during a trip to Russia last month. Fuel oil shipments are due to start arriving from September, according to media. The regime is satisfied with Russian oil, saying it was favored for its “quality and low cost.” It remains unclear how fuels from Russia will be transported to Myanmar. The two countries have previously considered supplying Russian energy via a pipeline through India or China. Myanmar now imports its fuel through Singapore. The military has set up a Russian Oil Purchasing Committee headed by a close ally of Min Aung Hlaing to oversee the buying, importing, and transport of fuel at reasonable prices based on Myanmar’s needs. Petrol prices have surged about 300 percent since the coup in February last year. Petrol stations have shut down in various parts of the country because of shortages. Myanmar’s relations with Russia have moved into higher gear for the past eighteen months. What brings the two countries together is a hostile attitude toward the West and democracy, friendly ties with China, and Western-imposed sanctions. Ties between the two countries have strengthened on the back of a defense partnership, with Russia supplying arms, ammunition, and training to Myanmar. Shortly before the junta chief visited Moscow, a group of Russian military officials had flown to Myanmar. Perhaps Moscow may be angling for a naval base in Myanmar. Myanmar is another South Asian country to buy Russian-sourced energy–– earlier Russia had begun sending its supplies to Sri Lanka and Pakistan, not to mention India. Moscow also takes advantage of the difficult economic situation in some countries––excluding India––that are no longer eligible for buying energy amid their solvency fears. whose energy is usually cheaper.