Read the most important events in the Middle East and North Africa region from 17 to 26 August 2022. 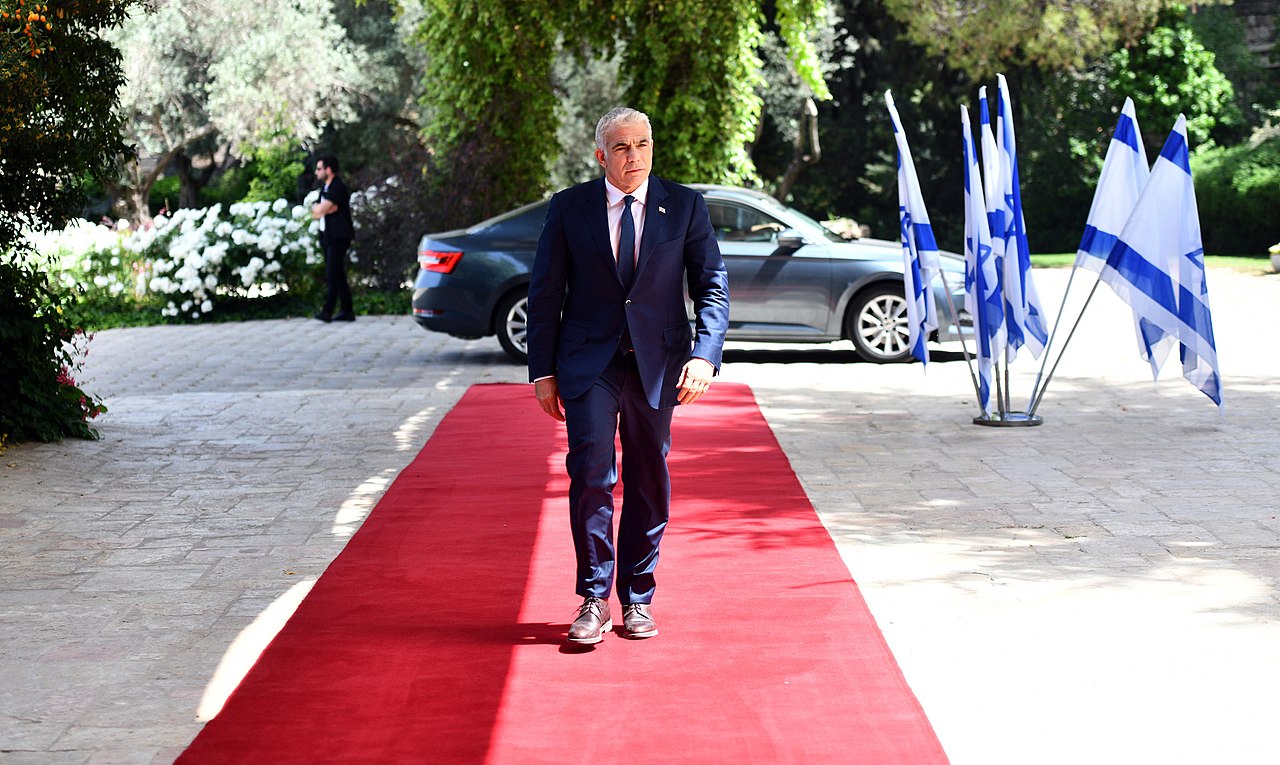 Iran – According to Khattar Abou Diab, a teacher at Paris University, the renewal of Iranian-Saudi relations in terms of bilateral talks in Baghdad, is a visible enhancement of bilateral relations between the parties in dispute of the Persian Gulf region.

In case of the entry into force of the JCPOA treaty, China will gain on increased export of Iranian crude oil. Dependent on Saudi Arabia crude oil, Beijing, could reconsider buying more oil from Tehran and chose to decrease import from Saudi Arabian’s crude oil reservoirs as well as import from other OPEC countries.

Iraq – Prime minister of Iraq Mustafa Al- Kadhimi had to quit the summit of five Arabic nations, that was organized in Egypt. Social unrest prevailing in his homeland has intensified, after the last week „Iraqi national dialogue” consultation, which was boycotted by Al Sadr supporters. Prime minister of Iraq has come back to Baghdad, after which he urged all political parties to meet for another consultation in order to resolve political crisis in Iraq, since 2005. For the last three weeks, Sadr supporters have been sieging the Iraqi Parliament. It is 10 months since the government, that did not achieve the majority of votes, was created. Al Sadr calls himself „an outsider”, who fights with corruption in Iraqi politics. It is worth noticing that Al Sadr has appointed his coworkers to important ministerial posts in previous coalitions. His supporters are demanding from The Supreme Judicial Court announcing the parliamentary elections, which judges cannot fulfil. In 2021, after the elections in Iraq, Al Sadr’s coalition have gained the majority of votes in the Iraqi parliament. Since, then, Al Sadr demands the amendment of the constitution in order to choose by his party a prime minister for Iraq. According to the Iraqi law from 2003, the prime minister of Iraq can only be a Shia Muslim. Protestants of Al Sadr have set up tents in front of the building of the court, while awaiting the announcement of early term elections. Close position of pro-Iranian militants of Al Maliki and the supporters of cleric Al Sadr, who also set up tents there, is dangerous, because of the antagonist relation between leaders of dispute parties.

Kuwait – Kuwaiti government has renewed diplomatic relations with Iran. Minister of foreign Affairs of Iran in 22 of august, has admitted, that renewal of relations with Saudi Arabia is heading in the right direction.

Saudi Arabia – The Riyadh representative, minister of energy of Saudi Arabia, the prince Abdulaziz bin Salman, has informed that the OPEC organization will decrease the mining of crude oil in the near future.

After the political statement, it was observed on the global market that the prices of oil has risen.

Because of probable renewal of the Iranian nuclear deal treaty JPCOA, countries of OPEC have made the decision to start „political blackmail” directed against the United States of America. Tehran, 120 days after the signing of the treaty, could export 50 million BPD. 17 banks and 150 Iranian institutes will abolish sanctions directed at them by US. Iran will receive his own financial assets in dollars. Tehran recovered money, can invest in the financial support of organizations and international entities. That can destabilize the security of the Middle East. These organizations and entities are Palestinian Jihad, Lebanon Hezbollah, Separatist Houthi movement in Yemen and regime of Bashar Al Assad in Syria.

Bahrain – The ministry of health of Bahrain has declared its preliminary vaccination against monkeypox for volunteers.

Qatar – With regard to football world championships, which will be organized by Qatar in November 2022, 60 workers of Al Bandary International Group, 14 of August have protested against not receiving a salary in the last 7 months. According to BBC News, few if they have been deported, because of taking a part in protests. T

UAE – The Leader of the UAE, President Mohamed bin Zayed Al- Nahyan has visited president of Egypt Abdel Fattah El-Sisi in the city of Al Alamein, in Egypt. Politicians talked about the strategical partnership between Egypt and United Arabic Emirates to enhance the material status of societies of these two nations. The need for pan-Arabic dialogue to reestablish safety measures to solve regional problems was underlined by both politicians.

Oman -Muskat do not want to open its Arial zone for Israels passenger planes. The rest of GCC countries, among others Saudi Arabia, do not sustain the position of Oman. In the past, they agreed on letting Israeli planes to cross their aerial zone. After the phone call, the Iranian and Oman ministers of foreign affairs: Oman has stated that they would not normalize its diplomatic relations with Israel unless there would not be implemented the two-state solution of Palestine and Israel country.

Yemen – President of Yemen Rashad al-Al-Alimi has visited 21 August 2022 the capital of Saudi Arabia, Rijad. Representatives of both states have talked about Saudi Arabia-s engagement in Yemen Crisis by supporting the legal Yemenis government and by doing humanitarian interventions. The main point of the meeting was the acceleration of the funds given by Saudi Arabia and United Arabic Emirates for Yemenis government in the amount of 3 billion dollars.

Türkiye – President of Ukraine Volodymyr Zelenskiy has invited United Nation General Secretary Antonio Gutteres and Turkish president Recap Tayip Erdoğan to Lviv in Ukraine. 17 August politicians have talked about atomic power plants in Zaporozhye and about ending the Ukrainian-Russian conflict. Ukraine is able to start negotiate about peace treaty with Russian only after Russian troops will withdraw from occupied Ukrainian territories. Ankara remains a mediator between Kiev and Moscow and underlines Turkish engagement in Ukraine economic development. Turkish companies have built bridges in Zaporozhye and Kremenchuk. The remaining threat is continuation of military actions on the territory with installed atomic infrastructure.

Syria – 15 August in northern eastern part of the country, the territory near the American base, was targeted by rocket launching.

24 august, President Joe Biden has ordered to launch a response with rocket attack at pro-Iranian militants. Americans attack Deir ez Zor. It is the biggest city in eastern Syria. The decision of US president was dictated by the activity of paramilitary units operating on the Syria territory, who cooperate with Iranian Corp of Islamic Revolution.

Lebanon -22 august, in Beirut, in devastated city harbor, 8 silos have crashed. In July 2022, these silos were inflamed by fire. According to french engineer who controls, the condition of the buildings in the Beirut’s harbor will get worsen in the nearest future.

Israel -18 of august, primie minister of Israel Jair Lapid has talked with his German counterpart Olaf Sholz. Lapid does not see the opportunity to renew a JPCOA treaty. He thinks that it should not be implemented again. Analytics foresee, the return of the monetary assets of Iran to Iran will help rebuild Tehran’s economy and enrich Iranian’s society.

Palestine – Palestine „Free and Civil Rights” a Palestinian NGO, is seen by the European Union as promoting democracy and the idea of an Israeli-Palestinian hybrid state. 9 EU states have expressed their dissatisfaction with Israel’s activities in the occupied West Bank since 1967. Israel’s rulers decided to carry out on 18 August, a raid on Palestinian headquarters of non-aligned NGOs, considered by Israel as terrorist organizations.

Egypt – Jerusalem is trying to repair relations with Cairo again. In the conflict between Israeli forces and Palestinian Jihad, Egypt played a mediating role in the signing of a ceasefire. On 5 August, Israel launched Operation Breaking Dawn, fighting Islamic Jihad targets with rocket attacks in the Gaza Strip.2 The operation lasted for three days. On 20 August, the Leader of Israel’s ‘Shin Bet organization’ Ronen Bar flew to Egypt for a visit.3 Prior to this event, talks were to take place between the leaders of the Israeli and Egyptian intelligence agencies Ronen Bar and Abbas Kamel in Israel.4 The talks were to address Israel’s military activity in the Gaza Strip and the release of some prisoners linked to Islamic Jihad. Abbas Kamel dropped his visit due to the continuation of military activity against the Palestinian population in the West Bank area after assurances from Israel on 8 August 2022. On that day, Egyptian President Abdel Fatah El Sisi spoke by telephone with Israeli Prime Minister Yair Lapid.5 The Israeli side assured the Egyptian side that Israel would not intensify its operations in areas inhabited by the Palestinian population after the 3-day operation. Forty-eight hours after the leaders’ conversation, a Palestinian man was again killed in the city of Nablus and was to be arrested by Israel, as were two other suspects.6 Egypt then broke off relations with Israel. According to statements made by Ben Ganzt, Israel’s defense minister, in an interview with the Jerusalem Post, it appears that the Egyptian side, by welcoming an Israeli military officer to its territory after the events of 9 August, was just renewing Cairo’s bilateral relations with Jerusalem.

Libya – 22 august in the city of Benghazi, an unidentified military drone was shot by forces of Tripoli government in Lybya’s aerial zone.

Tunisia – On 24 August, Tunisian activists demanded the reinstatement of those in Tunisia’s ruling government who had reported committing a crime of corruption in the administration or state finances. The Arab Spring of 2011, which had just begun in Tunisia, targeted the corrupt ruling establishment of the Islamic Republic of Tunisia. The new Tunisian government after 2011, is beginning to refer to the activities, i.e. the fight against a society demanding a democratic state based on Western values from the time of dictator Zine El Abidine Ben Ali.1

Algeria – A 3-day diplomatic visit by French President Emmanuel Macron to Algeria will take place on 25 August. Bilateral relations between historically linked France and Algeria will be rebuilt.2 This is President Emmanuel Macron’s second visit to Algeria since 2017. The reason for the dispute between Paris and Algiers was unfavorable comments from the French side regarding Algerian nationality and independence. The former French departments, i.e. Algeria, could make France dependent on Algerian gas imports. President Emmanuel Macron would like Algiers to increase its gas production and exports to make up for the shortfall in its supply, for European Union countries after 24 February 2022.

Morocco – Spain’s Defense Minister, Margarita Robles, acknowledged that “relations between Spain and Morocco are excellent”. Due to King Mohammed IV’s 31 July idea of Western Sahara autonomy within the Kingdom of Morocco, the Spanish side welcomed Rabat’s move. The Spanish politician considered that “understanding regional partners is the foundation that underpins the cooperation of the Mediterranean countries”.

Western Sahara – Moroccan King Mohammed VI criticized the activities of activists from the lobby supporting the Polisario cause in the United States. He acknowledged, in fact, that Joe Biden may not want to abide by the previously signed declaration due to the unfavorable assessments of Moroccan ‘propolisario’ activists.5 On 10 December 2020, US President Donald Trump proclaimed support for Moroccan territorial integrity. In the document signed by the US administration, the Western Sahara issue was named as an autonomous issue under the Kingdom of Morocco.