Vladimir Putin and his aides are keeping an eye on the events in Belarus –– as Russian officials feel concern over their interests in the neighboring country as well as wonder about political future at home. Lukashenko’s current headache might be a lesson for Vladimir Putin. 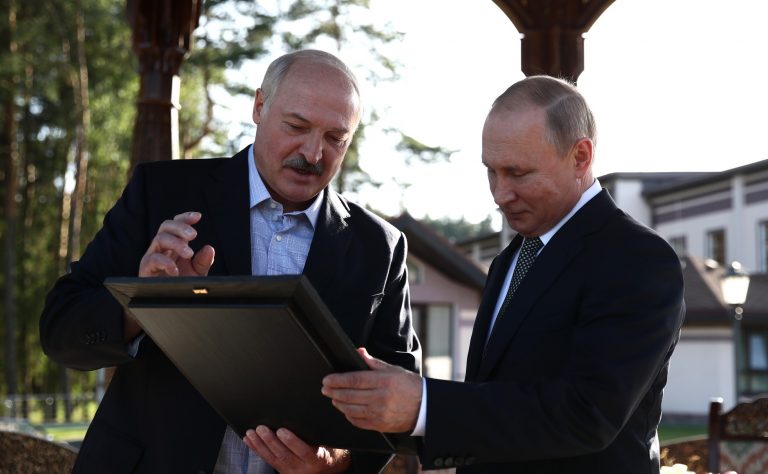 The Belarusian dictator made a dreadful mistake, allowing independent candidates to run for office. Probably he thought a staged election campaign and his victory over a real candidate would boost his ranks in the West in what could furnish him a tool to reinforce his position in ties with Moscow. With how the events played out, he lost much in the East whilst winning nothing in the West. Lukashenko seems to have much centered on geopolitics, thus neglecting Belarusian society. He could have believed in his propaganda messages, thinking many Belarusians would not vote for Tikhanovskaya whilst public protests –– with no leaders –– would not be as powerful. In Russia, Khabarovsk protesters voiced support for the opposition in Belarus just a couple of days of rallies. Also, some in Minsk were carrying slogans in support with with the Far East protests. Yet this might bother the Kremlin as the Belarusian uprising is not particularly anti-Russian or even anti-Putin, but they might morph into such, posing a grave threat to Moscow’s interest in Belarus. Both have something in common: they voice antipathy towards two dictators: Lukashenko in Belarus and Putin in Russia. But Minsk and Khabarovsk residents share something more. At the sunset of tsarist Russia, land hunger led hundreds of thousands of Belarusians to leave their native land. Most fled to the United States just like many Poles and Ukrainians. Yet tens of thousands found home in Siberia and the Far East. The second wave of migration coincided with the first decade of Bolshevik power when more than 30,000 Belarusians voluntarily went to the Far East, including to the Khabarovsk region. For Putin, there is just one conclusion. With the next presidential election due in 2024, those who run for president must be just sham candidates, and not independent nominees. Indeed, the Russian leader drew conclusions quickly and rolled out a set of preventive solutions. Navalny was the most natural and serious challenger that Putin had faced. Earlier the opposition figure had been barred from running for office because of a conviction in an alleged fraud case. But this time the chekists hit harder, making a display of strength and ruthlessness. Navalny’s poisoning serves as a warning for any politician or activist: it is better not to dare to even try to challenge Vladimir Putin. Why such a cruel effort to eliminate Navalny? Apparently Putin has taken a lesson from Lukashenko’s turmoil at home as the arrest of Tikhanovsky and Babariko, as well as the fleeing of Tsepkalo, did not head off the catastrophe.