Vladimir Putin and Alexander Lukashenko met in St. Petersburg on the sidelines of an informal CIS summit, a meeting that confirms Moscow’s growing appetite to integrate its military with Belarus as soon as possible. Belarus is growing in importance for Russia amid mounting tensions with the North Atlantic Alliance and a tug-of-war in Ukraine. 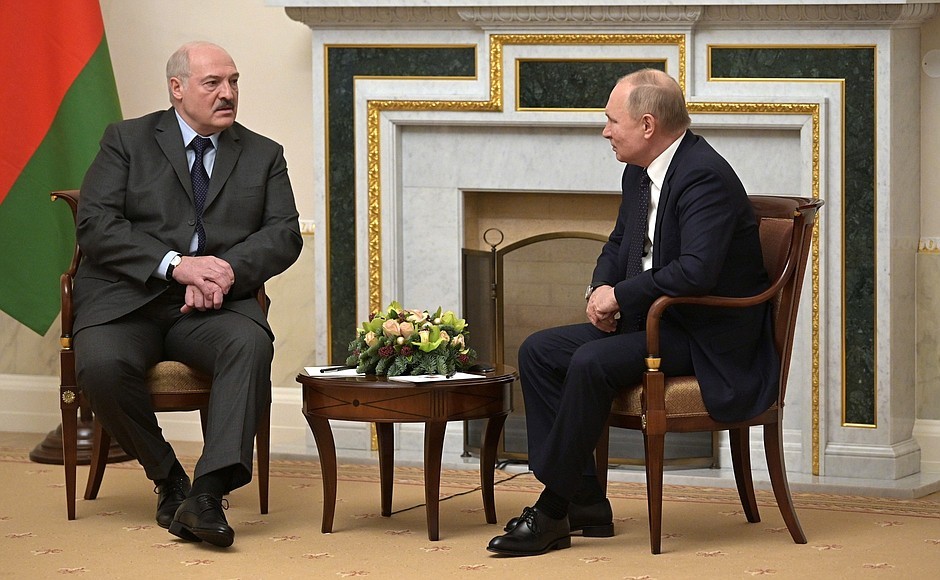 In a phone call on December 25, Putin and Lukashenko discussed defense cooperation. On December 29, the two men met face-to-face, saying a new round of Russian-Belarusian exercises would begin in early 2022. Putin has welcomed Lukashenko’s proposal to hold another round of joint military drills. The military exercises would be held in February or March. Earlier, the Belarusian dictator asked Putin not to suspend military cooperation, not only in the form of joint drills but also through joint “training centers.” The first ones were opened in 2021. In November, Russian and Belarusian paratroopers took part in joint military exercising near the border with Poland. In September, Belarus and Russia hosted the strategic military drills, Zapad-2021, that involved 200,000 people and 80 aircraft and helicopters. For years now, Belarus has been part of Russian military potential but it is only recently that Moscow and Minsk have demonstrated this so strongly. One example is providing details of Russian air patrols along the borders Belarus shares with NATO states. Belarus has increased the number of air defense units on duty along its western and northwestern border areas, the country’s defense ministry said on November 10. It added flights performed by Russian strategic bombers in Belarus would be performed regularly.