The European Union is to realise 17 projects within the framework of the Permanent Structured Cooperation (PESCO), a mechanism adopted at the end of 2017. Lithuania will be responsible for the project regarding the establishment of Rapid Reaction Teams and mutual assistance in cyber security. 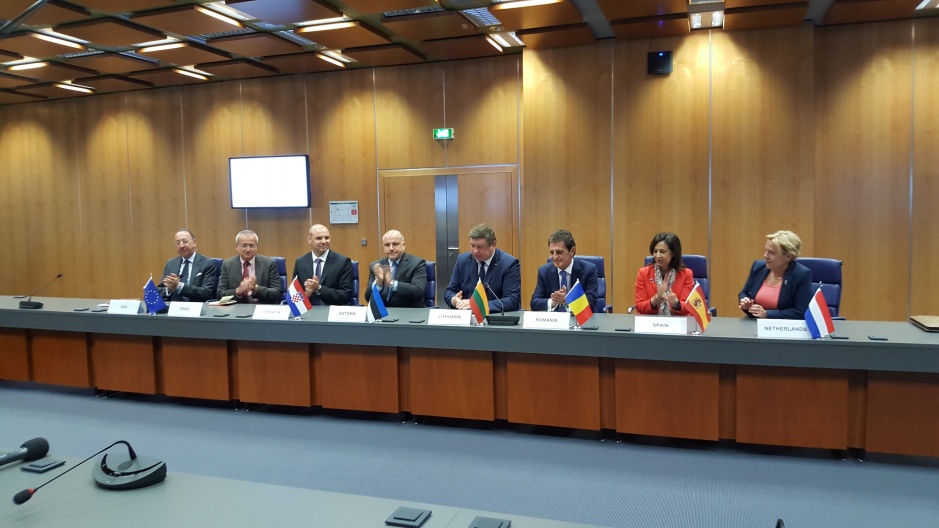 The establishment of Rapid Reaction Teams is one of the first joint ventures realised within the PESCO mechanism. 9 members of the EU will participate in the project. Initially, the agreement was signed by four countries: Estonia, Croatia, the Netherlands and Romania. Other partners – Poland, France, Finland and Spain – will join the project this year.

Lithuania is one of the leading countries within the European Union in dealing with cyber threats. This is caused by the increased number of cyber incidents in the Lithuanian cyberspace after 2014. Hostile actions are taken mainly by Russians and are directed against the Lithuanian national institutions and the energy sector. Due to the increasing number of dangers in cyberspace, Lithuania has made serious attempts to overcome the problem. In 2015, among others, the National Cyber Security Centre of Lithuania as a part of the Ministry of National Defence was established. Practice and analyses gathered by the national specialists resulted in investments of the western partners in the Lithuanian cyber defence concepts. Beside the project within the EU, a Lithuanian-American regional centre of cyber security within NATO is being developed. Lithuanians will put a joint effort in works on the security in cyberspace together with specialists from the US Pennsylvania Guard.

The EU initiative provides for the establishment of several reaction teams in case of danger. They are to guarantee the member states the possibility of mutual assistance during incidents in cyberspace. Moreover, the joint coordination of actions is to ensure the increase in the level of countries’ resistance and to enhance a joint reaction to unpleasant incidents in cyberspace.

Rapid Reaction Teams are to operate on a rotating basis and are to consist of representatives of the countries participating in the project. The equipment used by the teams will be composed of a standardised mobile set of tools to detect, recognise and minimise the cyber threats. Groups with such equipment, except for supporting and diagnosing, will be responsible for the identification of the source of cyber incidents. Equipment (software and hardware) which is essential for the effective operation of rapid reaction cyber troops will be probably funded by the EU.

According to the schedule, the first rotation of the instituted teams will be realised at the beginning of the following year. The Minister of National Defence declares that teams will rotate biannually.