Józef Unrug was a brilliant navy commander and founder of Poland’s Navy he purchased a ship for. Despite his German roots, he renounced his ties to German, claiming he “forgot to speak German,” after the German invasion of Poland. 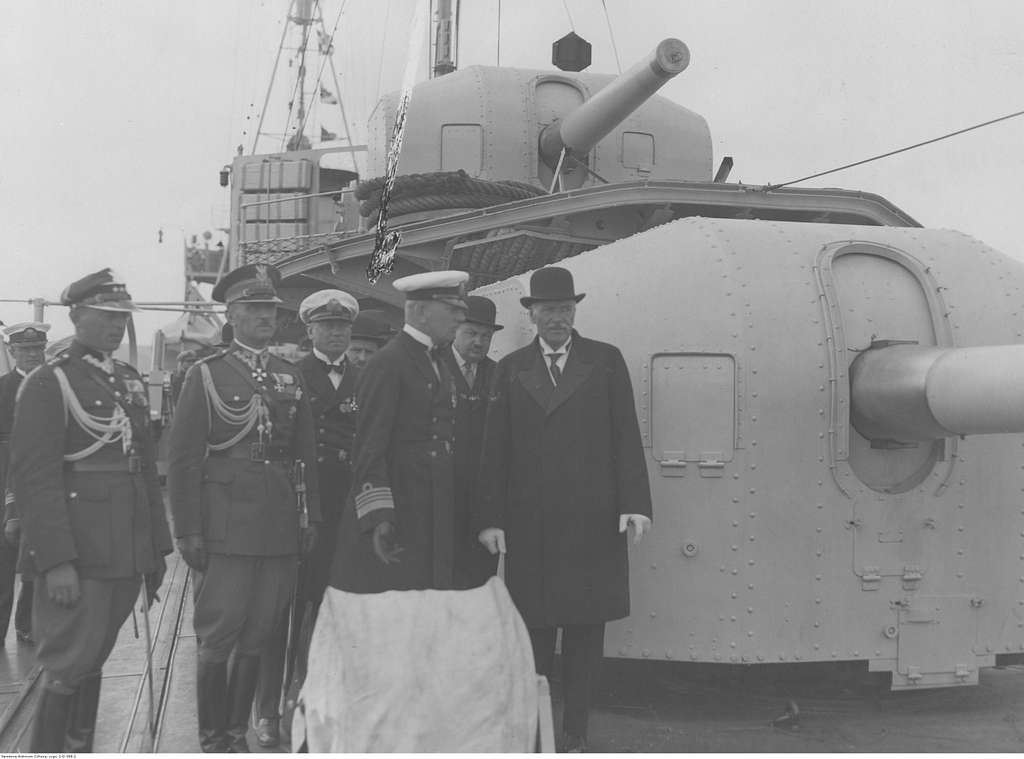 Joseph von Unruh was born on October 7, 1884 in Brandenburg into a noble family of Prussian and Polish descent. He was the son of a Generalmajor of the Prussian Army, who was yet proud of his Polish roots and taught Joseph Polish. Young Józef was aware of where he came from and could soon choose the country he would faithfully serve for the rest of his life.

After graduating from the gymnasium in Dresden, Unrug completed naval college in Kiel in 1907. He followed a course in mine and torpedo training. He also attended a course in underwater navigation and combat strategy. During World War I, he served on submarines as deputy commander and then commander. As the war neared its end, Unrug was appointed commander of a school for submarine crews.

After the war, Unrug volunteered for the Polish Navy that did not exist at that time. Having regained independence, Poland had no vessels or ships, not to mention a port. An experienced commander like Unrug was then as good as gold. As a Polish Navy captain, he served as chief of the Operations Section in the Organizational Section of the Department of Maritime Affairs in Warsaw. He was later appointed Chief of Staff of Flotilla. His generosity proved how dedicated he was to the Polish state. Out of his pocket, Unrug purchased the hydrographic ship which became ORP Pomorzanin for the new navy. In 1925 he became Commander of the Fleet of the Polish Navy. In 1932 he was promoted to the rank of Rear Admiral. On August 24, 1939 Unrug was appointed commander of the Coastal Region Defense by General Edward Rydz-Śmigły, Commander-in-Chief of Poland’s Armed Forces.

When World War II broke out, Unrug led the Polish maritime defense. He did not give up the fight despite the German advantage. His units surrendered on October 2, 1939. Unrug and his soldiers were taken prisoners of war. German officers made efforts to convince Unrug to return to the German Navy and sign an Ur-Deutsch list. Yet Unrug declined all offers and remained deaf to threats. He responded by refusing to speak German; he would always insist on having a interpreter present despite being a native speaker of German. He said that he had forgotten that language in September 1939.

After the war, Unrug––like many Polish officers––did not return to communist-ruled Poland. He eventually settled down in London, where he served as the commander-in-chief of the Polish Navy for the Government-in-exile. He refused the pension offered by the British government because many Polish soldiers did not receive such an offer. He also lived in Morocco and France, where he worked as a chauffeur. He died in 1973. In 2018 his body was exhumed for reburial at the Naval Memorial Park in the Polish port of Gdynia.