Joe Biden as a mediator in the Middle East

Over the past week, Joe Biden’s presence in the Middle East area may have contributed to the development of events in armed conflicts in Yemen and Syria. The sensitive issue for Muslims of Palestinian access to Jerusalem has been sidelined by the US Presidential Administration due to the support of the American public for the Israeli political system. 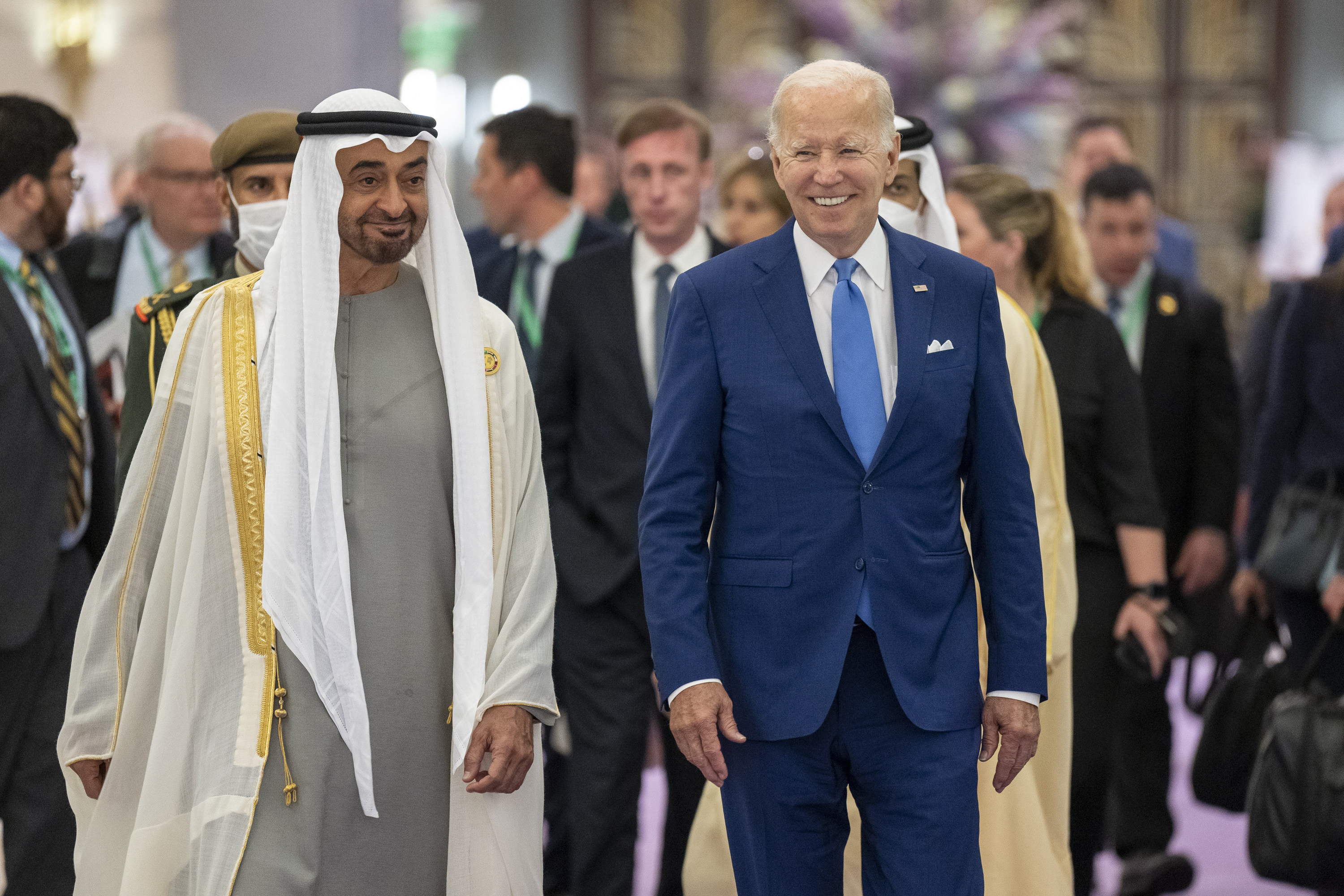 Interestingly, the rate of economic development of the Persian Gulf states (visible since the 1980s) and the change in the perception of some Arab political entities towards Israel may affect business relations in the Middle East (between the two blocs that have fought each other since the establishment of the Jewish State in 1948). According to the American diplomat Dennis Ross[1], urban centers such as Jerusalem and Tel Aviv will in the future become centers of Jewish-Arab relations and partnerships, concluded in order to maximize monetary capital. One side will not remain solely an enemy of pan-Arab ideology and the other an enemy of the Jewish state.

Israel is a good example of a country with a small population, not being the richest country in the region, and yet a pioneer in food and clean water technology. Strong economies in the Persian Gulf like Oman and Qatar see Israel as a small entity in international relations that is able to grow faster relative to its neighbors. It should be noted that the citizens of Israel win more and more Nobel prizes in scientific fields (e.g. Michael Levitt in the field of chemistry), and emerging military technologies such as the David Sling missile system are of the highest quality and can compete with American, Russian or Chinese technology.

Arab-Israeli cooperation in the field of economic relations may bring business benefits to both parties. According to Dennis Ross[2], the issue of Palestine and the warming of Israeli-Arab relations is possible, but it depends on the attitudes of both towards each other. In the event that one party comes up with the initiative of warming the relationship, it will lead the other party to take more specific actions. Since Saudi Arabia does not recognize Israel as a state, the United States should treat the Palestinian issue with caution. For this reason, they cannot make far-reaching promises to the Muslim states. Due to the still important factor in international relations, which is the strong Israeli-American friendship, this year’s visit by President Joe Biden did not bring the expected results for the case of the Palestinian Authority, which is its own state.

The meeting between the American president and the president of Palestine ended with empty promises Joe Biden had made earlier. They concerned the reconstruction of the American consulate (liquidated by Donald Trump) in Jerusalem. In the past, it served as a bridge in US-Palestinian relations. Joe Biden made a new promise to create a Palestinian state. This year’s talks ended with a summary of the achievements to date in relations between Washington and the Palestinian Liberation Organization. The US side has so far donated $ 10 million and 1 million Covid-19 vaccines to Palestinians.

Iran, as a rival of the US on the international stage, is also a threat to Israeli spheres of influence. Iran’s military presence in the Middle East has had a negative impact on the implementation of US interests in the region (presence in Iraq or Syria). The involvement of the regime in Tehran in Ukraine and the development of the nuclear weapons program is destroying US-Iranian and Israeli-Iranian dialogue. The Zionist approach of the US administration in its foreign policy towards Israel may impinge on Joe Biden’s support for the Jewish state in the context of military intervention in Syria (where Israeli forces are still fighting Iranian militias) or a possible future regular conflict between Israel and Iran. Saudi Arabia, like Israel, pursues its own interests by waging a proxy war in Yemen (supporting the Yemeni president against pro-Iranian Houthi rebels). Both countries are unofficially involved in the conflict with the Islamic Republic of Iran. The United States expresses its support for the actions of Jerusalem and Riyadh in the fight against Tehran.

In the context of the prevailing civil war in Yemen since 2014, the White House administration and the government side of the Republic of Yemen, together with the Yemeni rebels, together with the support of the governments of Saudi Arabia, Jordan, Egypt and Oman, secured a truce prepared by the United Nations. The previous one expired on April 2, 2022[3], after which it was extended until June 2 this year. Thanks to the efforts of international partners, it was extended again until August 2022.[4]

Through the April extension of the truce, the Sanaa airport and the Al Hudaydah sea terminal (controlled by rebels) were hooked up to international air traffic and the free shipping of container ships. Recent months have been critical for the people of Yemen due to the lowest number of civilian and military casualties since the last six years of the war. At present, in the United Nations, an extension of the current ceasefire for another six months is being pushed.[5] The Yemeni government is persuaded to recognize the new conditions, and the rebel side is urged by Joe Biden to adopt the expected position.[6]

Meanwhile, leaders of the Supreme Political Council (SPC) are threatening to attack government forces in the Marib region in central Yemen.[7] It is about sowing terror in order to break the so-called “Government blockade” and seizure of oil, gas and electricity facilities around the city of Marib. According to Houthi, the Yemeni authorities have not respected the April truce. There have been acts of aggression, including attacks by the forces of President Rashad al-Alimi against the population and the rebel militia. On the other hand, the Yemeni government rebukes its opponents for the deaths of eight Yemeni soldiers and has recorded 188 violations in the cities of Hodeidah, Taiz[8], Marib and Hajjah. Due to the steps taken by the US administration: mediation in the conflict by the US secretary for the Middle East, Tim Lenderking, who managed to reach a new agreement between the two parties. The siege of the city of Taiz (500,000 inhabitants) by the rebels ended. The government forces managed to enter the metropolis, but the choice of roads made available by the rebels did not suit the government side. The question remains whether the current agreement will last until the end of August as agreed, whether it will be extended for another 6 months, or whether there will be a serious breach of the ceasefire by one of the parties.

During the visit of the American president to the city of Jidah in Saudi Arabia, in addition to the meeting with the Saudi authorities, Joe Biden met with Egyptian President Abd al-Fattah al-Sisi.[9] Washington’s strategic partnership with Cairo was renewed. Leaders discussed how to normalize the situation in Yemen and Libya. Postponed presidential elections will be held in Libya in the coming months. Since 2011, civil war has been devastating the country and the current opposing authorities in Tripoli and Tobruk[10] are fighting for territories and international allies. The consequences of the elections in Libya will affect the stability and political situation in the region. Topics related to US-Egyptian cooperation in the renewable energy sector and the proliferation of clean water were also discussed. In October 2022 in Egypt, the United Nations climate conference will be held in Sharm El-Sheikh. The President of Egypt noted that Joe Biden contributed to the selection of the location for this conference.

According to Experts, Joe Biden’s visit to the Middle East was positively assessed. It maintained the strategic relations between Washington and Jerusalem for the next term of the Israeli government. The visit to Riyadh was to allow the United States to maintain support for Washington from the Saudis, to obtain favorable contracts for the United States to buy Saudi oil, and to political stabilization in the Middle East region. The planned increase in Saudi oil production is not expected until 2027. The American administration failed to achieve the goal of the visit, but the issues of bilateral cooperation were discussed: in the field of renewable energy sources, clean water and bilateral migration of university students.[11]

[1] INTERVIEW: Veteran US diplomat Dennis Ross on significance of Biden’s Saudi visit and what it can achieve https://www.arabnews.com/node/2121951/world

[2] INTERVIEW: Veteran US diplomat Dennis Ross on significance of Biden’s Saudi visit and what it can achieve https://www.arabnews.com/node/2121951/world

[11] Saudi minister stresses importance of cooperation with US in education: https://www.arabnews.com/node/2122816/saudi-arabia