Over the last several weeks, we have witnessed an intensified disinformation campaign on the part of Beijing. This operation has been designed to make the world, including the Chinese themselves, forget about the guilt of the communist Chinese decision-makers for causing the crisis to spread around our planet. 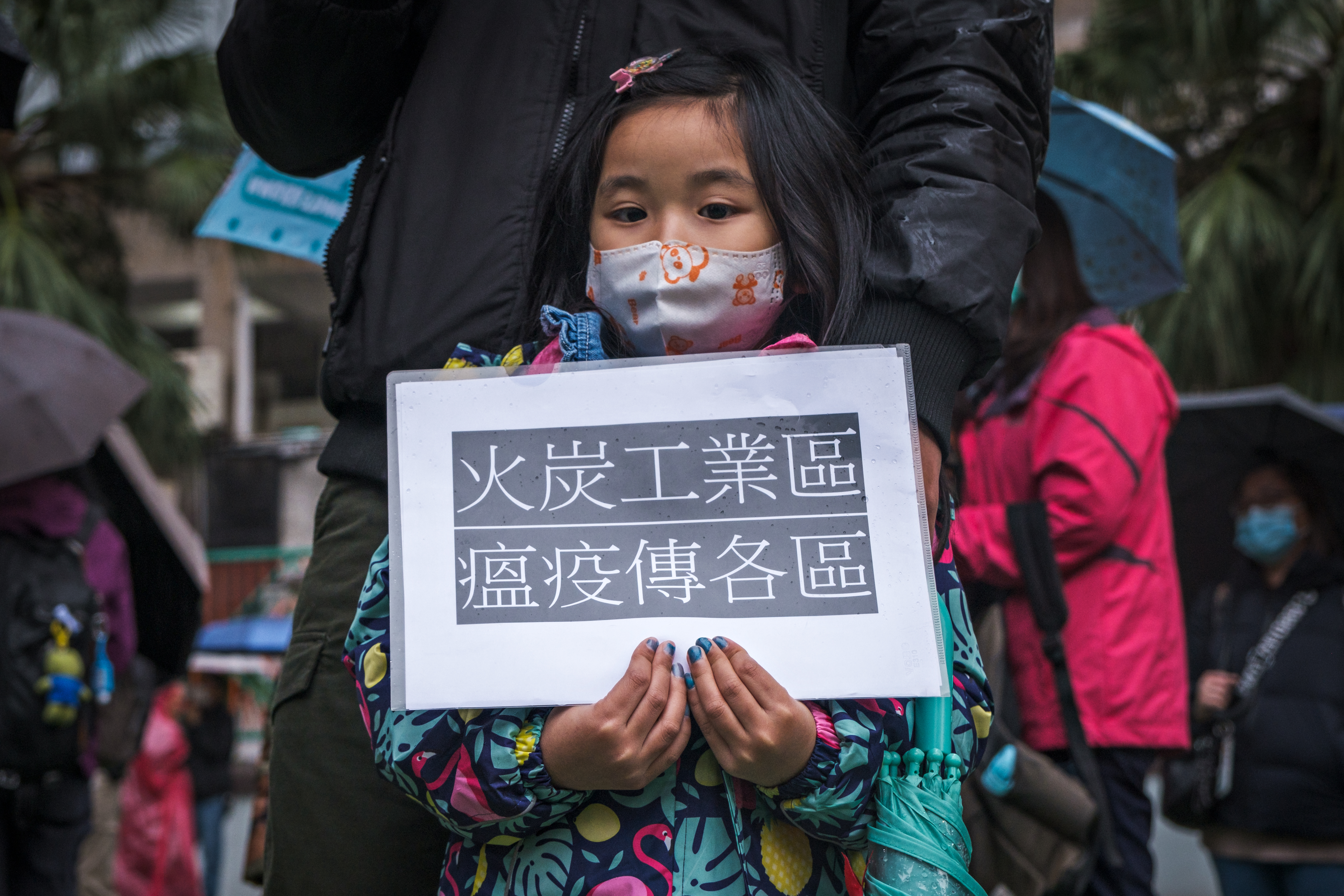 We would like to invite you to read our interview with Michał Bogusz, Ph.D., Chief Specialist of the China Research Programme at the Centre for Eastern Studies, about the current propaganda goals of the Chinese Communist Party (CCP), its methods, and directions of its current disinformation campaign – to whose advantage and against whom it is designed.

Jarosław Walkowicz, The Warsaw Institute Review:
In the beginning, we should remind our readers what was the first Beijing’s narrative when the epidemic broke out.

Michał Bogusz, Centre for Eastern Studies:
Beijing has long claimed that the problem was not actually there. The first pneumonia cases caused by the new virus in the province of Hubei were recorded in early December last year. According to a journalistic investigation by Caixin, a Beijing-based newspaper, on December 24, 2019, at least nine samples of the virus were sent to various laboratories in the country to sequence the unknown coronavirus. A private laboratory in Guangzhou was the first to do so on December 27. On January 1, 2020, the report was sent to the Centre for Disease Control and Prevention and to the authorities in Hubei. However, on the same day, the Hubei Provincial Health Commission banned further testing and ordered the destruction of all existing samples. The Commission also warned against spreading this information further. The very same day, eight people were reported to have been detained for spreading rumors about the new disease. Only later did we learn that these were doctors who tried to alert the authorities and the public about the gravity of the situation. As late as January 14, the World Health Organization (WHO) reported the information from Beijing that there were no cases of human-to-human infections. 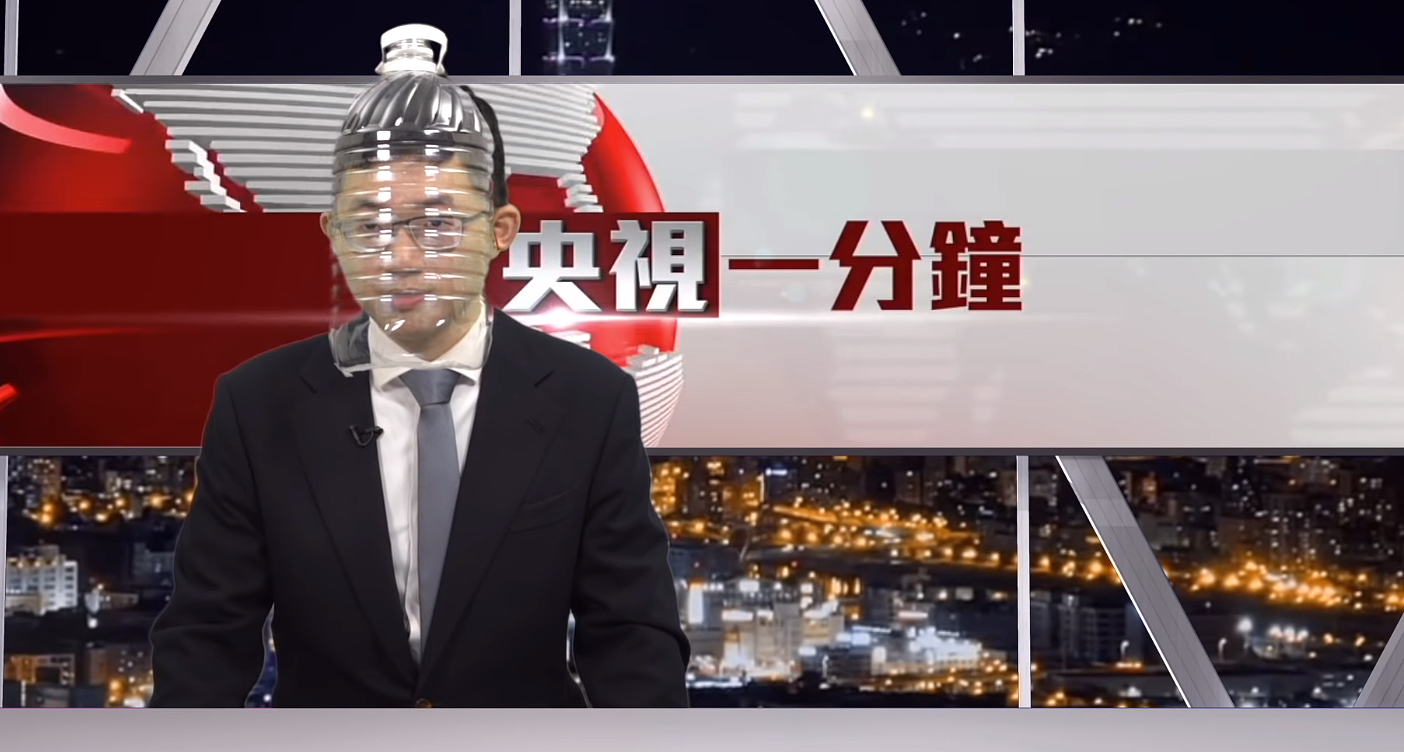 Is it possible to indicate a precise point in time when the rhetoric of the Chinese authorities changed? If so, why did it happen at that very moment?

On January 20, the President of the People’s Republic of China (PRC) and the Leader of the CCP, Xi Jinping, delivered a speech in which he warned the party apparatus that China is facing a new epidemic and that all political activists should make this a priority. The party machine always needs some time in advance to get things moving with a boost from the top. That is why Wuhan was only quarantined as late as on January 23, but after that, things went fast. However, it was too late anyway. We now know that, in the meantime, Hubei could have been left by as many as 11 million people, who – without knowing it – unknowingly spread the coronavirus all over China and further into the world. 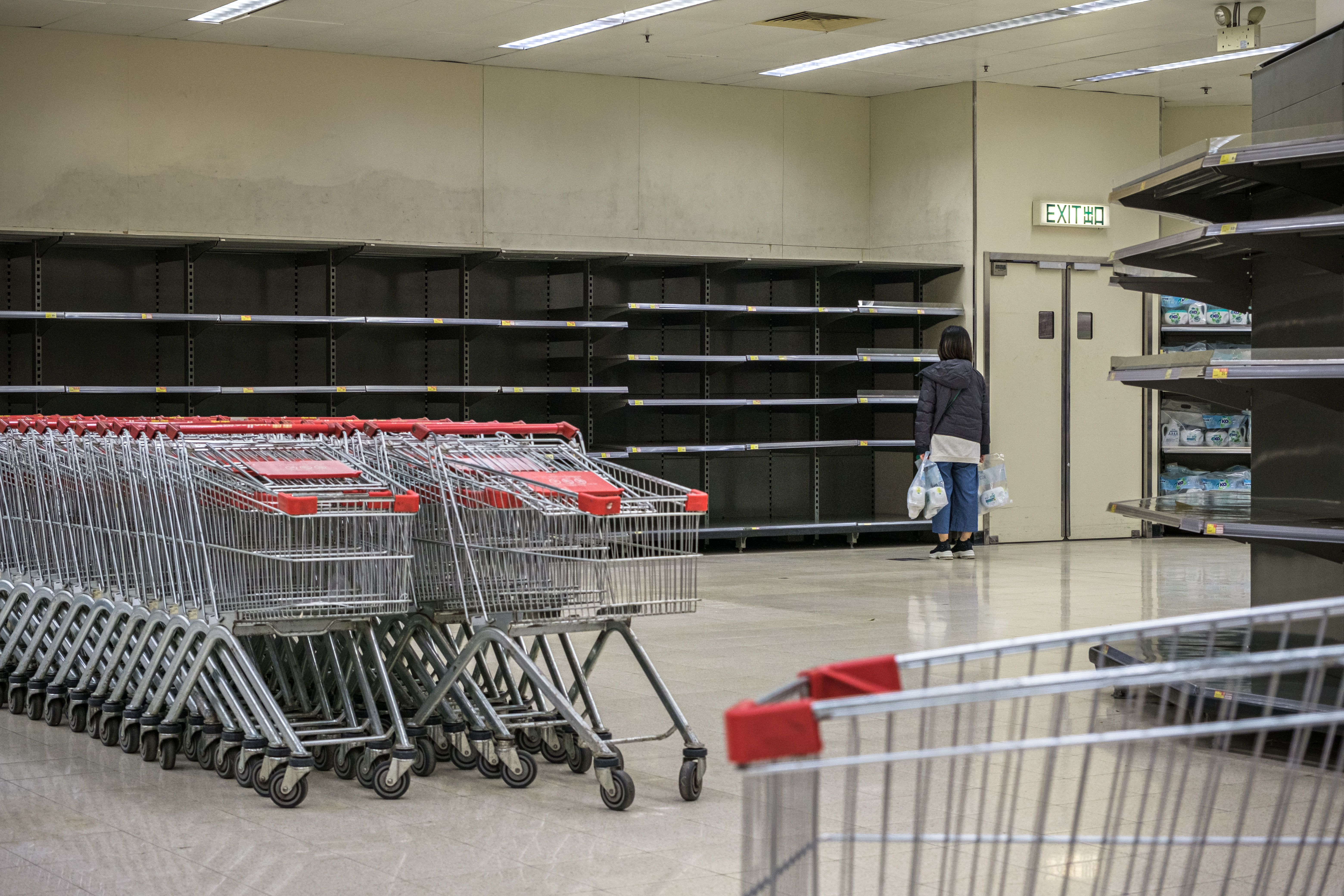 What is the reason for the Chinese authorities accusing the USA of the spread of coronavirus in the PRC? These are very strong accusations resembling the rhetoric from the Maoist period.

There are several factors involved. First of all, it can be seen that there is some confrontation, or rather, rivalry, in the Chinese Ministry of Foreign Affairs apparatus alone. There is a group of younger diplomats, like Zhao Lijian (47 y.o.), who was the first of the Chinese diplomats to set up a Twitter account when he worked at the Pakistani embassy between 2015 and 2019. He pursued a very assertive information policy, so to speak. These efforts were appreciated at the headquarters of the Ministry of Foreign Affairs of the People’s Republic of China, where he was promoted last year to the position of Deputy Director of the Information Department. Other diplomats picked up the idea and also acted in an equally undiplomatic way. It all transformed into some kind of a race between them, which was criticized by experienced diplomats, such as the Chinese Ambassador to the USA, Cui Tiankai. However, the CCP leadership deliberately approved of such undiplomatic actions because they wanted to convince the public at all costs that they were not responsible for the coronavirus pandemic. However, I do have the impression that in March 2020 Twitter activity of Zhao and other Chinese diplomats has stopped. This may, of course, be a temporary measure due to the G20 summit held on March 26 through a teleconference, but it may also signify a more significant change, given that Beijing does not care about the rapid deterioration of relations with Washington. An indication of this would be the fact that, at the request of Xi Jinping, he and US President Donald Trump held a telephone conversation on the same day. After that, President Trump warmly tweeted about the PRC’s fight against the pandemic, but, also on the same day, he signed the so-called TAIPEI Act, a bill expressing Washington’s support for Taiwan’s foreign policy. It seems that it was already too late when Beijing realized it went too far with the media campaign about the American origin of the coronavirus. 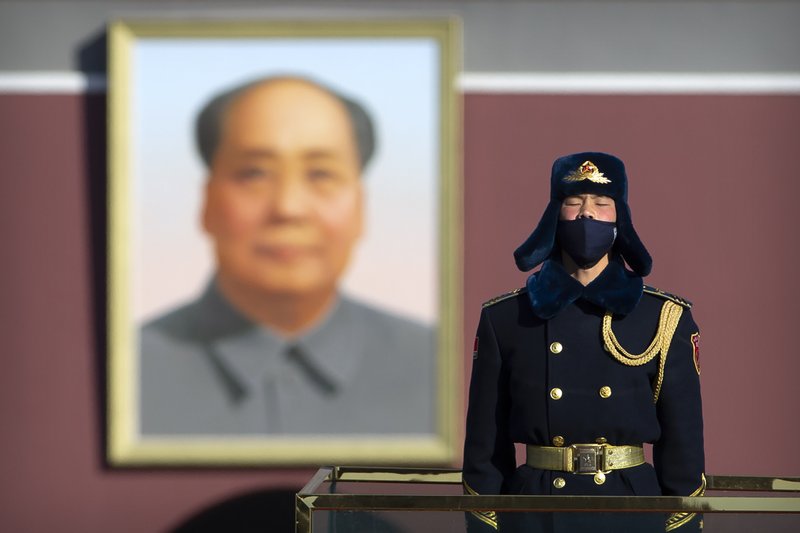 It is worth recalling that during the trade war between the CCP and the US, Chinese officials accused Donald Trump of an unfounded attack on China’s neutral, still growing economy. Given the current situation, would it be appropriate to say that this country continues its propaganda offensive against the US?

Please remember that Chinese propaganda is always addressed to its domestic audience. Even when it is directed abroad, decision-makers assume that it will return to China, either through the Western media or via the Chinese diaspora. At the moment, the aim is to convince the public that the country is being attacked by the US, which is using various instruments – from trade wars to an unknown virus. On the part of the CCP, this is a pre-emptive action designed to shift the responsibility for either economic problems or the epidemic onto external factors and to unite the nation around those in power using nationalism as a tool to induce siege mentality.

Furthermore, how should the order for American journalists to leave mainland China be interpreted?

This is a continuation of the obstruction and reduction of foreign journalists’ work in the PRC. It has never been an easy task, but recently the Chinese authorities have been trying to use every opportunity to make life difficult for foreign media representatives. The Foreign Correspondents’ Club of China has prepared a very detailed report on the subject. The authorities seem to aim at making it difficult for the international public to access independent information from China often standing in clear contradiction to the official narrative of the communist authorities. This is particularly evident now in the face of the coronavirus pandemic, but it had been already happening before. Beijing, for example, did not like the Chinese themes in the so-called Panama Papers revealed by the Western media. They showed that the enormous wealth of Chinese notables, including the Xi Jinping’s family, are hidden in tax havens. The expulsion of journalists is, therefore, a direct result of the ‘arbitrariness’ of the American press. 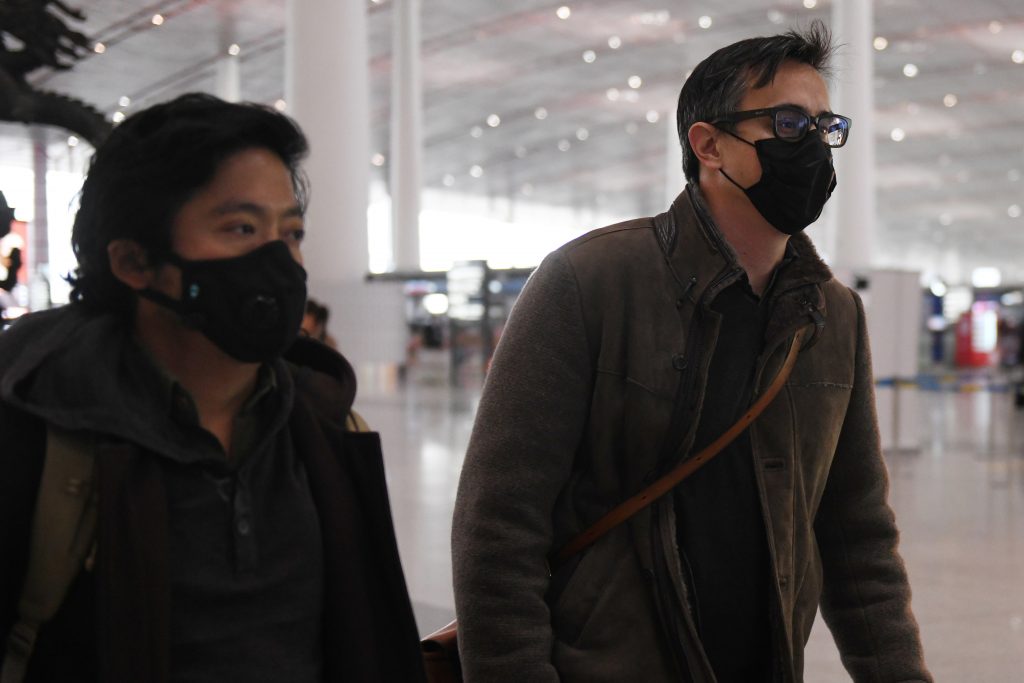 What other instruments does China use to improve its post-crisis image? Some people are now talking about big Chinese money in Hollywood, among other things.

Yes, it seems today that a movie like “Seven Years in Tibet” could not be made there. Chinese companies invest in large productions, so-called blockbusters for the mass audience. Chinese film studios also offer good production or post-production conditions, and its domestic market is the largest in the world – although the authorities regulate access to it. All this is enough for film studios to think twice before doing something that Beijing may treat as an affront. In recent years, the Chinese authorities have also started to impose a specific narrative about China to be reproduced in Hollywood. It is no longer enough for artists not to say bad things about the PRC; now they are obliged to only say good things.

It seems that until now, economic diplomacy has been one of the most important foreign policy instruments of the PRC. How can further foreign interests in Beijing look like in the current situation?

At the moment in China, we are rather dealing with “mask diplomacy.” The central authorities have taken control of the export of medical equipment and are ‘rationing’ it to individual international partners. It is expectable that Beijing will want Chinese companies to be admitted to 5G in return. However, the open secret is that the price, quantity, and quality of this equipment depends on the value of a given country for Beijing. Countries purchuasing Chinese armamentarium should verify the equipment quality received. Couple of them do and in recent days, the Netherlands has sent masks back to their Chinese manufacturer – although they had a certificate of compliance with the standards, the masks did not comply with them. Spain and Turkey, on the other hand, have returned coronavirus tests due to their low effectiveness.
From a broader perspective, Beijing has been severely restricting foreign investment since 2015 because it fears uncontrolled capital outflow out of China. Now, in the face of global severe economic turbulence, Beijing’s authorities will further restrict foreign investment and use it as a means of political pressure on host countries. 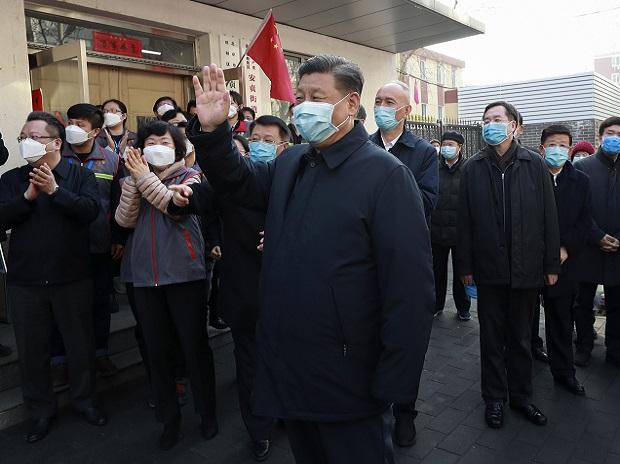 In the long run, do you think Beijing will rather gain or lose from the global coronavirus crisis? What will possibly Chinese soft power look like in six months or a year?

We are currently just at the very beginning of this marathon, and there are still many changes and difficult moments ahead of us. Everything depends to a large extent on the nature of the new coronavirus. Will it mutate? How will it spread when the weather changes? When will a vaccine or treatment be available to the public? Today the PRC seems to be relatively strengthened. This is mainly because the phases of the epidemic, into which the PRC entered earlier than the rest of the world, have been temporarily deferred. We do not know how the second coronavirus wave will look like and what measures will Beijing introduce to deal with the inevitable economic crisis. Neither do we know today how the rest of the world will cope with the crisis and how this will affect the processes of globalization. These are variables that we do not know and cannot even estimate at this point. One thing is certain – the longer this pandemic and this crisis last, the more violent the changes we will experience, and the higher the probability that they will affect the whole world and all its inhabitants. 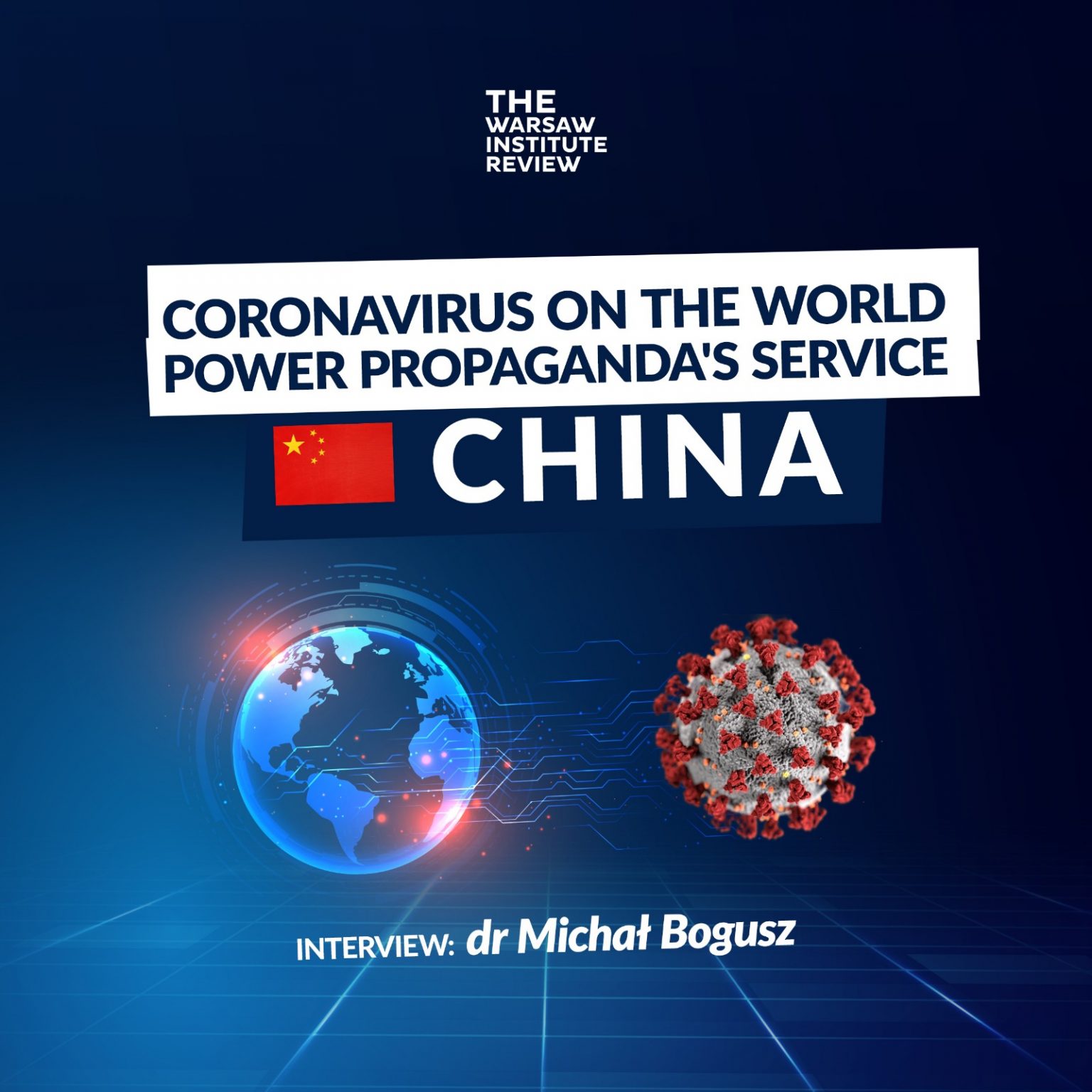 The interview is part of a series of talks by The Warsaw Institute Review about using the crisis caused by SARS-CoV-2 in international politics.