The Law regulations on purchase of firearms in the U.S. differs depends on state. The smallest number of requirements needed to meet in order to get a gun are present in U.S-Mexico borderline states like Arizona, New Mexico and Texas. On the other side of the border, Mexican Constitution strongly restricts possibilities to obtain any kind of firearms for anyone, but the authorities. Strict penalties for keeping firearms without authorization are included in Article 162 of the federal criminal code. Mexican government precisely describes models and calibers of guns allowed to get by citizens. In spite of gun ownership limitations, Mexico has a supply of illegal firearms that is more than five times the size of its supply of legal firearms. In 2010, Mexico also had one of the highest rates of gun violence in the world, with 10 out of 100,000 people dying from gun homicides. Moreover, it is estimated that 253,000 guns purchased annually in the U.S is trafficked to Mexico.[1] 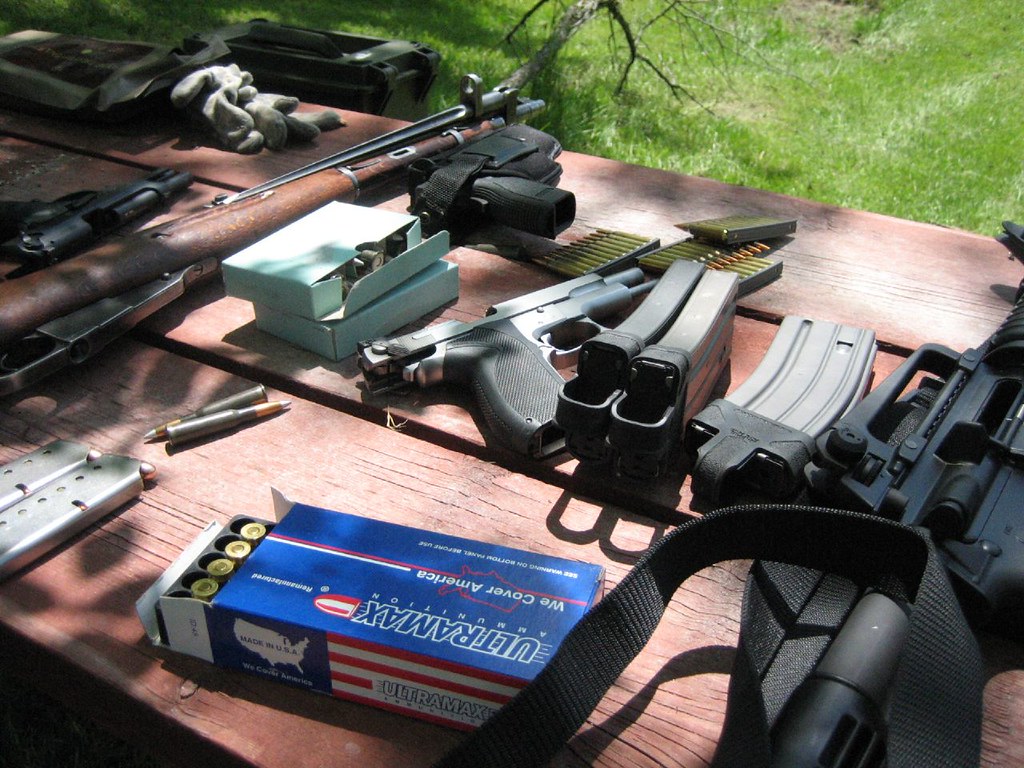 Two major threads which come together in this case. Starting with Mexican government’s influence on the internal organized crime, a brief look at the homicide rate in Mexico is necessary. The rate increased from 10,452 in 2006 to 27,213 cases in 2011.[1] It was caused by President Felipe Calderón’s aggressive politics towards drug trafficking organizations like Sinaloa, Gulf or Guadalajara. New cartels such as the Zetas and La Familia emerged and took over the drug smuggling routes between Mexico and the United States.

Another thread leads to the other side of the border. The place for arming new criminal organizations are American borderline states. American government with organizations such as ATF (Bureau of Alcohol, Tobacco, Firearms and Explosives) has been aware of the role of “straw purchasers” in the United States in providing guns to the cartels in Mexico. Therefore, partial responsibility for this case should be directed to the law of the borderline states. Mostly, slack regulations are being used by criminals and drug cartels to obtain substantial numbers of firearms to smuggle them to Mexico. One of the commonly used methods to purchase guns by members of the cartel is using a lack of regulations regarding aftermarket sales and getting it from a “second hand.” Such way of obtaining firearms is called a “kitchen table” sale. The firearm market seems to be open and free to all. In Texas, only the ID and filling the form of gun purchase is necessary to buy any kind of a firearm. That opens another way for criminals to get weapons, by using or forcing local citizens to buy guns on their behalf. That’s what is called to be a “straw purchase”. Based on the US prosecutions alone, 4976 firearms were bought with the intention to traffic them to Mexico in FY 2009.”[2]

The flow happens on the borderlands through vehicles. The smuggled weapons are usually hidden in storage containers in trucks and passenger vehicles traveling to Mexico. Border authorities are often bribed or threatened by criminals. American forces are also ineffective in this area, being focused more on drug smuggling than illegal weapon flow. Throughout the years of 2006-2010, 78,571 total crime guns were recovered by Mexican law enforcement and submitted for tracing. Only 20,828 of these guns were successfully traced back to an original point of sale in the United States.[3] American policy against firearm smuggle started with President George W. Bush administration. ATF issued a warrant which authorized its agents to investigate possible “straw buyers”, including those suspected of obtaining firearms for purchasers from Mexico. It was mostly focused on questioning possible straw buyers at their residences.

Under President Obama’s administration, the ATF officers continued their investigative work and expanded it to battle cross-border trafficking in a program called “Project Gunrunner.” It was a successful initiative, which revealed the case of George Iknadosian, who as a licensed gun dealer from Phoenix, Arizona sold more than seven hundred guns to Mexican gun cartels. The Arizona Attorney General ordered a one-year-long investigation, which finished with confirmation of this statement. Again, inaccurate American gun regulations prevented Iknadosian from being sentenced. Arizona state law did not contain a statue defining and prohibiting gun trafficking, therefore there was no penalty that could be put against deceitful gun dealers and straw purchasers.

In response to that, eighteen states introduced restrictions for firearms purchasers. Six states have enacted comprehensive tracing requirements for law enforcement, and at least four states have adopted one-gun-a-month-laws.[4] Of the four borderline states, only California has enacted significant regulations. Those are gun control measures: limiting multiple sales, requiring background checks for secondary transfers, prosecuting straw purchasers, and restricting the sale of assault weapons.[5] Applying all gun control regulations reflects itself in -1,88 reduction[6] in a state’s crime gun export rate to Mexico compared with states with none of these laws, which have a crime export rate 655% greater than states that had all four mentioned regulations.[7] It is firmly visible that American crime firearms are tended to flow into Mexico from the states not following extra gun regulations.The closer to the border the gun selling state is located, the lower risk of detention, therefore illegal gun trafficking happens mostly in the states of Arizona, New Mexico and Texas.

To successfully battle the issue of Mexican internal organized crime, it is crucial to look at the U.S borderline states. The example of the state of California, which follows the four extra rules regarding gun sales and requires additional effort from the buyer to prove one’s legal right to obtain firearms, is the best picture of reduction of the illegal crime gun flow into Mexico. The American federal or state law should not impede or forbid the right to purchase and bear firearms for the law-abiding American citizens. The same time, corrections in the law of the borderline states covering possibilities of illegal gun purchase have to be introduced. The same competency for Mexican public order is on its local government. The policy of war on cartels and criminals started with President Calderon’s firm declaration has to be pursed responsibly. Intensified Mexican internal policy, enhancement of the local military authorities, and reinforcement of diplomatic relations between Mexico and the United States is necessary to successfully restrict organized crime and illegal traffic of weapons on the border.

[4]Christopher S. Koper, Purchase of Multiple Firearms as a Risk Factor for Criminal Gun Use: Implications for Gun Policy and Enforcement ,4 CRIMINOLOGY&PUB.POL’Y 749,750 (2005).