Hypersonic Weapons and Nuclear-Powered Vessels: A Russian Demonstration of Power?

An inherent part of the Russian policy is to convince the world of its military might. This explains why Moscow has recently hailed multiple launch tests or some hand-over ceremonies, especially amid smoldering tensions between Russia and the West over Ukraine and NATO’s posture in Central and Eastern Europe. 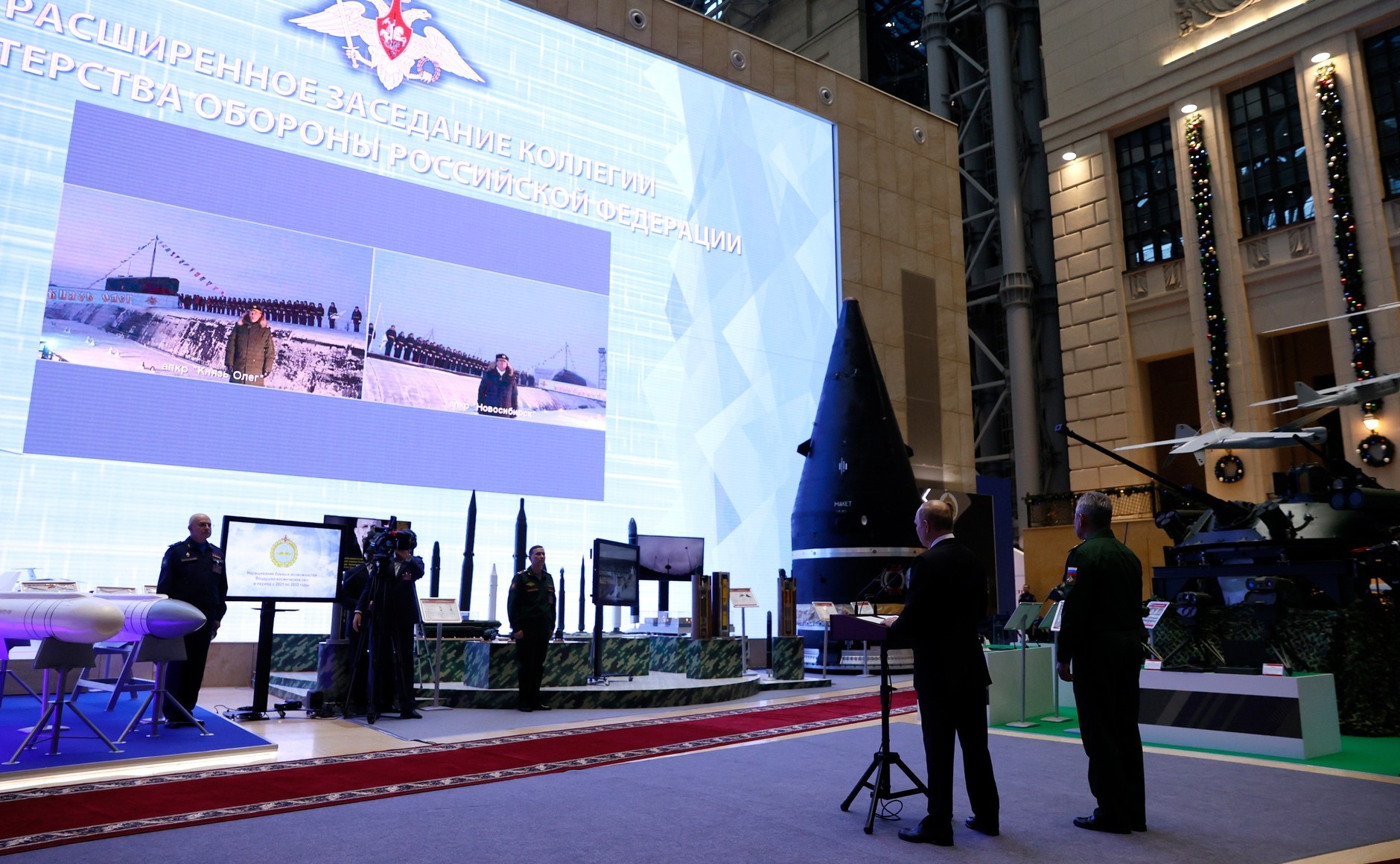 On December 24, President Vladimir Putin said the Russian military successfully fired a salvo of its Tsirkon hypersonic missiles. The test was conducted by the Northern Fleet. In early October, the missile was launched from the Severodvinsk nuclear submarine that serves the Northern Fleet. Moscow boasts that its Tsirkon is capable of evading a U.S.-built anti-missile shield. The estimated range of the Tsirkon may be up to 1,000 kilometers while both vessels and submarines in the Russian fleet will be equipped with it. On December 21, the Russian leader attended the hand-over ceremony for the two new nuclear-powered submarines: Knyaz Oleg (Project 955 A/Borey-A-class) and Novosibirsk (Yassen-M multipurpose submarine). Knyaz Oleg was built from 2014. It is now the fifth nuclear-powered unit in the class. In October 2021, it test-fired a Bulava intercontinental ballistic missile. Construction of Novosibirsk began in 2013. It is the third nuclear-powered unit in the class in the Russian fleet. Shortly, both Knyaz Oleg and Novosibirsk will join the Pacific Fleet. The two vessels are building up their strike forces in waters bordering the United States. Knyaz Oleg is equipped with Bulava ballistic missiles and the multipurpose submarine cruiser Novosibirsk – with Kalibr and Onyks cruise missiles. Meanwhile, the Russian defense ministry is praising its further efforts to modernize the country’s military. For instance, the Western Military District, which is key in the Russian confrontation with NATO, says its forces are 72 percent modernized while even fully modernized for air forces, communications, air defense, and spetsnaz. It is better to take these declarations with a pinch of salt, as no one knows what kind of criteria Russia uses to define a weapon as modern. However, this fits nicely into Russian propaganda seeking to make the world believe in the country’s rising military might.