Greenland: The Arctic Treasure of Denmark

The U.S. administration is noticeably intensifying its efforts to secure influence in Greenland, located in the Arctic. Although the island has been on the radar of the world’s media for many years, its strategic importance is growing even more so today due to, for example, accelerating climate change. So what in particular makes Greenland such an important area on the geopolitical map of the world today? 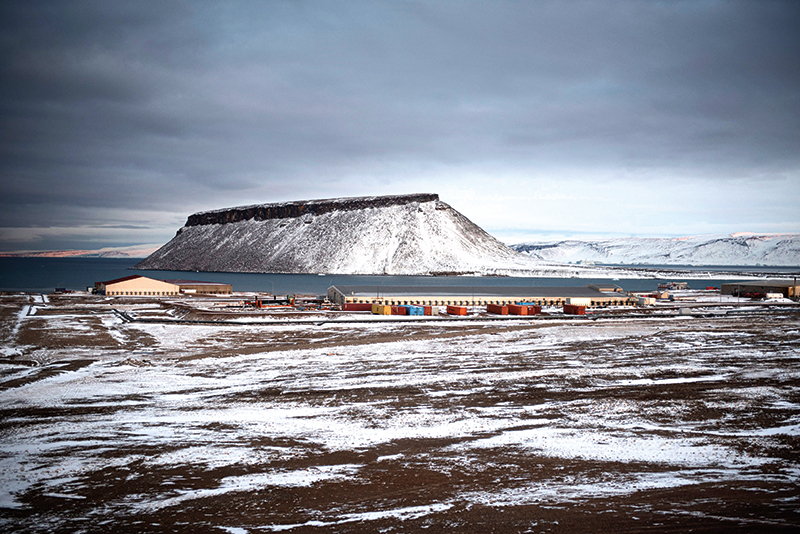 In late August and early September, the world’s media widely commented on Donald Trump’s failed attempt to buy Greenland from Denmark – the same island for which the Harry Truman administration had offered to pay the equivalent of $100 million in gold over 70 years earlier. Despite the failed transaction, in the following months, it was reported that U.S. Secretary of State Mike Pompeo was holding talks with the Danish Minister of Foreign Affairs on potential investments on the island and was making efforts to establish a U.S. consulate there in 2020. There are many reasons why the Americans are interested in increasing their influence in Greenland. All, however, come down to the fact that the territory is of great geostrategic importance, providing the opportunity to, for example, respond to China’s ever bolder activities in the region.

Greenland itself is largely covered with ice. Nevertheless, the importance of the region lies not in the developed infrastructure or local industry (every year the Danes subside the functioning of Greenland by covering about 60% of its budget), but in the very location of the island. Since the beginning, Greenland’s relative proximity to both North America and Europe has caused the island to be used for the purposes of NATO’s defence strategy. Suffice it to mention that since 1943 U.S. troops have been stationed in the Greenlandic town of Thule – the northernmost military base of the United States – and during the Cold War the Americans also attempted to build a top-secret nuclear base nearby (the so-called “Project Iceworm”).

Of course, there are many more benefits connected with Greenland’s location that go beyond the strictly military sphere. In general, the geostrategic importance of the Arctic (in the broad sense of the term) is gradually being increased due to progressing climate change and the related “opening-up” of the region to human activity. One who controls Greenland has the right to formulate their own claims to extend the exclusive economic zone (EEZ) to the North Pole and the rest of the Arctic. Moreover, in the face of the melting of the Greenland ice sheet, the island may soon become a perfect transhipment centre for the long-expected transport of goods through the Arctic shipping routes.

The second major reason why Greenland has recently become a place where the world’s great powers seek to establish their influence is broadly understood natural resources. The island is rich in, among others, gold, diamonds, uranium, iron, zinc, crude oil and natural gas. Moreover, there is even a quarter of the world’s reserves of the so-called “rare earth elements” (REEs), which are crucial for the development of advanced technologies. What is particularly important is the fact that the island’s raw material potential remains largely undeveloped, though this is gradually changing (Greenlanders have not been granted the right to self-govern local mineral resources until 2009). It is highly probable that the tendency will be further intensified by the ever-progressing melting of the ice cap, which may, for example, increase the profitability of potential oil and gas extraction off the coasts of Greenland.

As usual, the media are particularly interested in the latest information on the extraction of the aforementioned rare earth elements in Greenland. Nowadays, REEs are mostly mined and refined in China (in the past, the United States was also a leading REE producer, however, the country ceased production in the 1990s), and it is the Chinese who are already heavily involved in this sector in Greenland. In particular, this concerns the frequently discussed Kvanefjeld project (the extraction of substantial uranium deposits as well as the world’s largest undeveloped REE deposits), which provides the Chinese company Shenghe, a major shareholder and strategic investment partner, with the licence to acquire all rare earth elements produced.

In the context of the demonstrated importance of Greenland, the key question is whether the island will remain a dependent territory of the Kingdom of Denmark in the future. Today, the separatist movement is strongly present in Greenland’s politics, causing the most important Greenlandic political parties to openly advocate for the island’s independence. Moreover, according to public opinion polls, up to 67.8% of Greenlanders would like to break away from Denmark over the next two decades.

Under the 2009 agreement, Greenland has the right to decide on its independence provided that it is, of course, able to self-function. Although today this is rather impossible (see the aforementioned dependence on Danish subsidies), the situation may change in the future once the extraction of natural resources is further increased and the transit of goods through the Arctic becomes more widespread. If one day an independent state of Greenland is indeed established, then an entirely new phase in the on-going geopolitical game aimed at securing the greatest possible influence in Greenland will surely begin.