A spokesperson for the Russian Ministry of Foreign Affairs expressed a department’s harsh reaction to the statements of Polish politicians who had previously criticized the Nord Stream 2 gas project. Yet the standpoint of Warsaw has been known for a long time as it tended to be sometimes publicly expressed. So what is the reason behind Moscow’s diplomatic attack? Such a situation does not only entail any political judgments but it also incurs some specific business activities, as exemplified by the latest decision of Poland’s state-run gas firm PGNiG to seal a long-term deal to buy liquefied natural gas (LNG) from the United States. 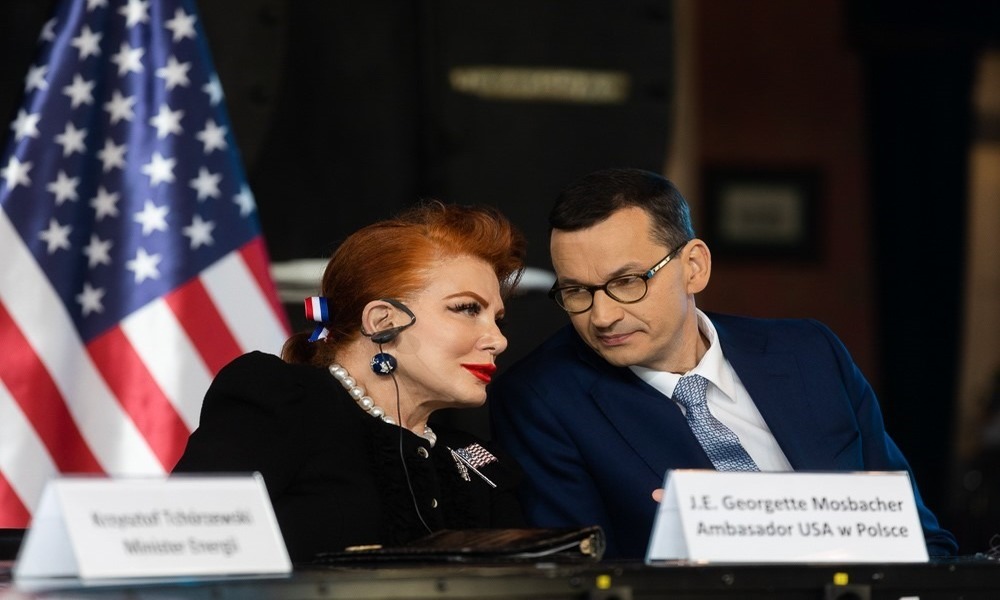 During the latest briefing by Russia’s Foreign Ministry, the spokeswoman Maria Zakharova stated that Poland was making an attempt to “politicize energy cooperation”. It is all about the recent statements of some Polish politicians who sought to express their opinion on the Nord Stream 2 project. Zakharova criticized the comment by Poland’s Foreign Minister Jacek Czaputowicz who claimed that Nord Stream 2, apart from posing threat to energy security in Europe, had a military dimension as it could give Russia the opportunity to patrol the area of the Baltic Sea. In addition, the spokeswoman referred to the comment on Nord Stream 2 made by President Andrzej Duda who largely discussed the topic even at a joint press conference with his U.S. counterpart Donald Trump. Yet particular attention should be drawn to Zakharova’s remark on liquefied natural gas. In spite of not being asked about it, she overtly attacked Poland for the state’s increased imports of U.S. gas. “Each European country has the right to buy pipeline or liquefied gas wherever it finds necessary”, she reiterated, urging that “in this case, there is no need to mislead or deceive anybody” and “if somebody buys a more expensive product to the detriment of its own economy and interests, that is a purely political decision.” Naturally, her remarks refer to the increase in Poland’s important of American liquefied natural gas.

Certainly, Moscow could not be happy about the fact that the Polish oil and gas company PGNiG inked two long-term contracts for American LNG supplies. Poland will also increase the capacity of its gas terminal in the city of Swinoujscie. Nonetheless, Russia may be most irritated by the fact that American gas will be more than 20 percent cheaper than the raw material offered by Gazprom and purchased by PGNiG. Such a circumstance seems to undermine the thesis that has been long promoted by both Moscow and Berlin. The Polish-U.S. deal has been signed for the period of 20 years. This is the first long-term agreement for the supply of American raw material to Central and Eastern European countries, which will certainly strengthen the Polish company’s position before the Yamal contract with Russia’s Gazprom is set to conclude in 2022. The day before the contracts were signed, PGNiG filed a complaint to the Court of Justice of the European Union to settle an antitrust case against Gazprom. In May, Russia’s state-owned gas enterprise Gazprom reached a settlement with the European Union, avoiding to pay huge penalties. Furthermore, the Russians might have been upset by news reports, according to which German Chancellor Angela Merkel decided that her government would co-finance the construction of an LNG terminal in the country. Additionally, the import of U.S. liquefied gas would make it possible to settle some ongoing disputes with the Trump administration.