On March 22 an expert discussion with EVC senior analyst David Stulík and Polish political scientist Piotr Bajda was held on the topic ‘Foreign policy of the Republic of Poland and the Czech Republic towards Russia – differences and similarities’. 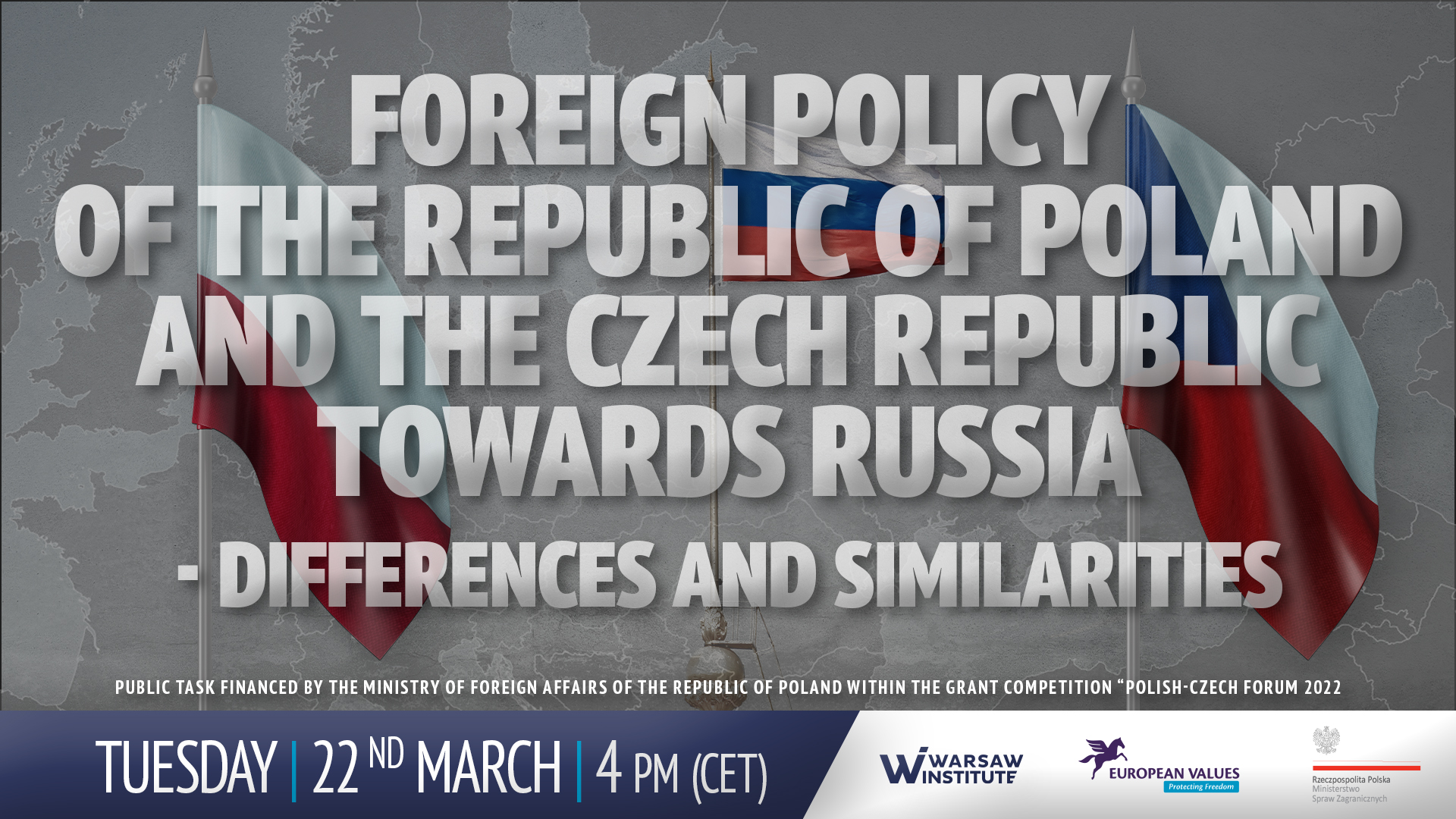 Read the main takeaways from the discussion by David Stulík:

Russia’s main goal remains to be the destruction of a democratic Ukraine. The Kremlin understands that regardless of the outcome, the war will affect European democracies. The refugee crisis continues and will reach unprecedented proportions, at the same time that economic and energy crises are looming in Europe.

It is already possible to witness the rapid increase in the dissemination of Russian disinformation and propaganda. As the coverage of the invasion shifts from reporting events on the ground to reporting on the impact of the war, Russia and its foreign proxies (essentially puppet governments within democratic societies) are working extra hard to refine long-standing narratives that undermine the social consensus on specific issues that represent the most serious vulnerabilities of European countries, such as immigration, energy dependence and increased support for so-called “traditional values”.

Especially in countries with strong cultural and religious ties to Russia, foreign agents (e.g. political parties, local media, think tanks and NGOs) promote the Russian version of current events in order to discredit multilateral institutions such as NATO and the EU and to present Russia as the sole defender of “traditional” European values. Russia is seeking to close the information space around Russia in order to present only its story to the Russian people, a move favored by authoritarians around the world.