The Finns Party Takes the Lead in Polls: The Right is Growing in Strength

The Eurosceptic Finns Party and the centre-right National Coalition Party are currently the two most popular parties in Finland. They both are the opposition to the centre-left government formed after the April parliamentary elections. What draws particular attention is a continuous increase in ratings of populists from the Finns Party – as a matter of fact, a similar phenomenon can be observed in Estonia, a country that is linguistically and culturally close to the Finns. The only difference is that in Estonia Eurosceptic EKRE forms the government and is part of the ruling coalition. 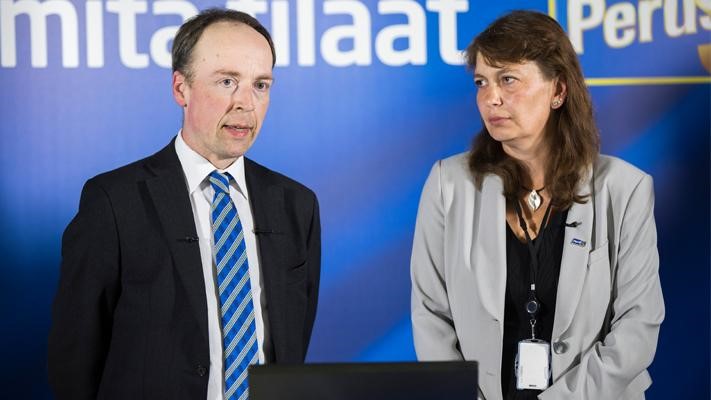 A July opinion poll indicates that the Finns Party is becoming increasingly popular. Not only is this Eurosceptic group at the top of the ranking, but it is also constantly gaining support. According to the TNS Kantar poll, 20.7% of voters said they would vote for the Finns Party. This means a 1.5 percentage point increase compared to the previous poll conducted in June. In this way, the party led by Jussi Halla-aho has solidified its position as the most popular party in Finland. The second place is taken by the centre-right National Coalition Party (16.7%), which, similarly to the Finns Party, is the opposition to the centre-left government headed by Antti Rinne. According to the survey, his Social Democrats are in third place (16.5%). Moreover, the support for the government has decreased to 55.3% (in June it was 56.1%).

The Finnish media point out that a year ago the Finns Party had only 7.8% of public support, which means that it has increased its popularity by 2.5 times over the last year. According to specialists from public opinion research centres, such a rapid increase is an unprecedented phenomenon in Finland’s modern history. The main author of the Finns Party’s success is, without doubt, its leader, Jussi Halla-aho (in June he was re-elected as the party’s chairman). Prior to that, in 2014, he was elected Member of the European Parliament (MEP), now he is a member of the national parliament, the so-called Eduskunta. In the April parliamentary elections, he individually won the highest number votes and his party obtained 17.5% of the vote, losing slightly to the Social Democratic Party of Finland (17.7%). The Finns Party has now 39 seats in the 200-member Eduskunta while the SDP has 40 deputies. In the May European Parliament elections, the Finns Party won 13.8% of the vote, introducing, just like before, two MEPs out of 13 available for the entire country of Finland. The party is known for its harsh anti-immigrant rhetoric and Eurosceptic views, which is why, the political mainstream and liberal media call it a party of nationalists and populists.