The new Moldovan coalition government between the ACUM bloc (Romanian: “Now”) and the Party of Socialists of the Republic of Moldova (PSRM) has carried out a number of activities to unlock financial aid from the European Union. The funding was withheld by the European Union due to a corruption scandal leading to the withdrawal of around one billion dollars from Moldova’s banking system in 2014, which, as a consequence, led to the blocking of the EU funds in the years 2015-2016 as well as in the years 2018-2019, however, this time, due to numerous abuses of power committed by the previous administration, the Democratic Party of Moldova (PDM). In 2016, the resumption of EU funding for Moldova, at the time governed by the PDM, was subject to numerous conditions. In the case of the new ACUM-PSRM coalition, similar conditions were not required by the EU. The funds were unlocked on July 15. This decision was announced by the European Commissioner for Enlargement Negotiations, Johannes Hahn after a meeting with Moldovan Minister of Foreign Affairs Nicolae Popescu. 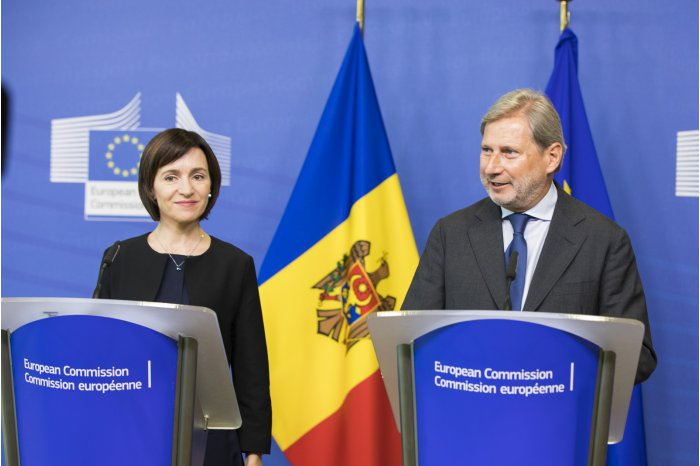 The first tranche of financial assistance for Moldova will be 14.5 million euros. The decision of the European Commission was made possible thanks to active steps undertaken by both the ACUM party and Prime Minister Maia Sandu which are to solidify Moldova’s pro-European course. The removal from power of Vlad Plahotniuc’s oligarchic regime, actions aimed at explaining corruption scandals of the previous government and the introduction of changes to the electoral system have all met with the approval of EU institutions.

The EU support for Moldova’s current government is also of major geopolitical importance. The ACUM bloc, which has entered into a coalition with the pro-Russian PSRM, needs this kind of support to implement further reforms. The EU support for Moldova can be seen at various levels, including the European Commission as well as the European Parliament, in particular among Romanian MEPs from the following two political groups: the European People’s Party and a new faction known as “Renew Europe”. It seems that the diplomatic “offensive” launched by the ACUM party at the beginning of its governance is gradually bringing tangible benefits to Moldova’s pro-European aspirations. The issue of the sustainability of reforms introduced by the government, in particular the ones regarding the judiciary, still remains open. Another unknown is the stance of the PSRM, which strives for political rapprochement with Russia, meaning that the success of the government’s pro-European policy weakens the party’s position as compared to its coalition partner, which, as can be observed from the recent events, has taken the initiative in matters of foreign policy and may lead the PSRM to lose part of its pro-Russian electorate.