Energetic paradigm shift and a crisis in Russia – summary

On May 27, 2020, the editors of The Warsaw Institute Review held another online event. Wojciech Jakóbik, an expert on energy security and geopolitics and BiznesAlert editor-in-chief discussed with dr Rafał Zgorzelski, The Warsaw Institute expert the current shift on global energy markets that have an impact on the geopolitical situation in the Federation Russian. 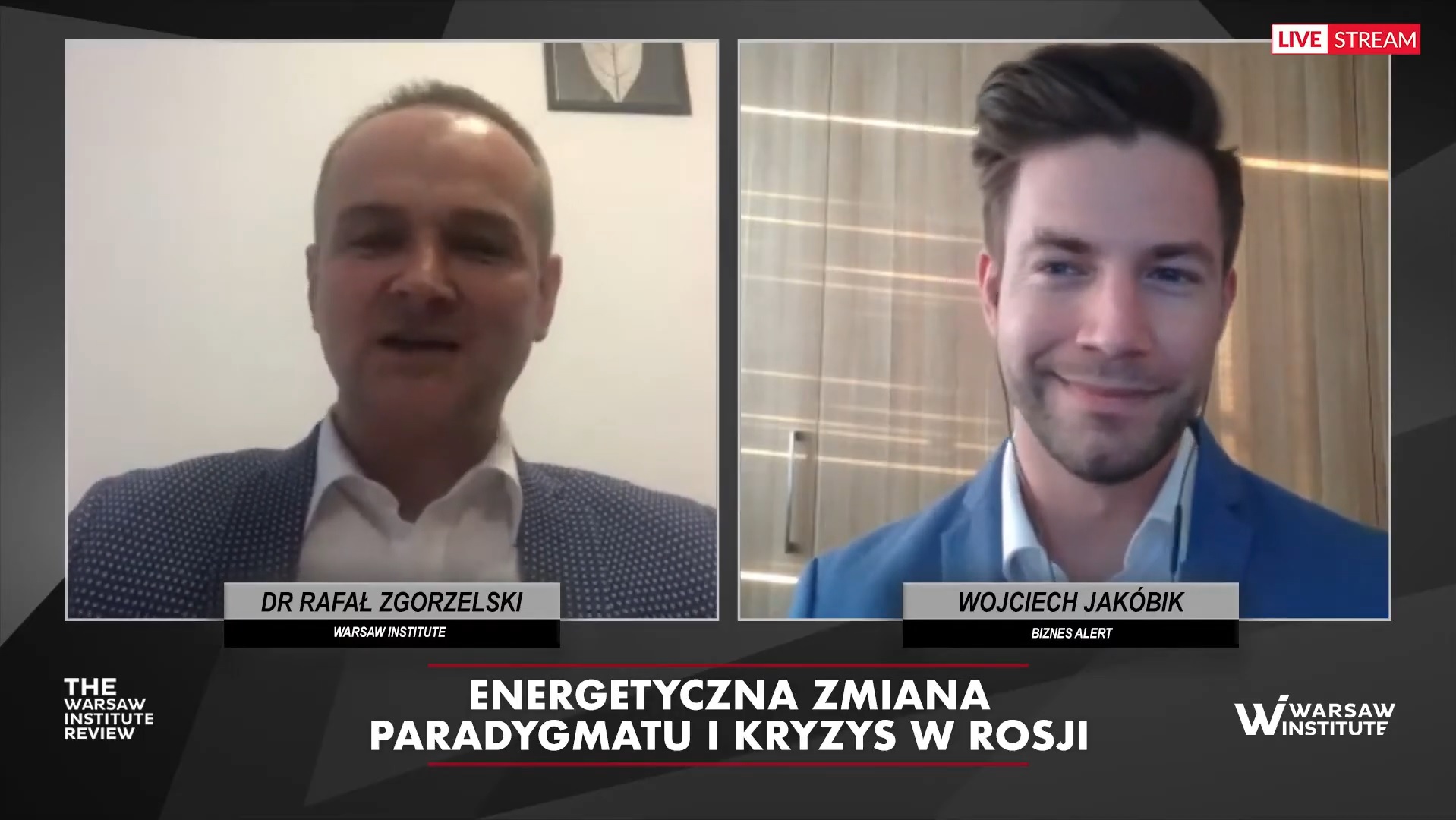 Problems with the completion of Nord Stream 2, a losing dispute with PGNiG by PLN 6 billion, and a nearly five-fold fall in oil prices – are only a few problems that Russia has been facing since the outbreak of the coronavirus pandemic. Even earlier, the crisis in relations with Belarus begun, and the April OPEC + summit did not bring the expected rapid reaction of the markets to the reduction of oil production.

Wojciech Jakóbik mentioned the negative and positive effects that the pandemics had on the oil market, referred in his speech to the oil war between the Russian Federation and Saudi Arabia and presented viewers with a vision of what they can expect in this clash, which takes place in the shadow of an ongoing pandemic. The meeting could not miss the topic of OPEC + meeting. There was also a question about rivalry for influence in Eastern Europe between Russia and the US and factors determining the Kremlin’s policy towards Belarus. The issue of Nord Stream 2 and the new US sanctions against this project was thoroughly discussed. At the very end of the meeting, editor Jakóbik presented Putin’s possible scenarios regarding the problems with Belarus.