Electric cars in the Verkhovna Rada

The Ukrainian government intends to subsidise the import and production of electric vehicles. Their exporters and producers are to be exempt from certain taxes and customs duties. These are the first steps of the 15-year Strategy for Electromobility in Ukraine, which is currently under preparation. 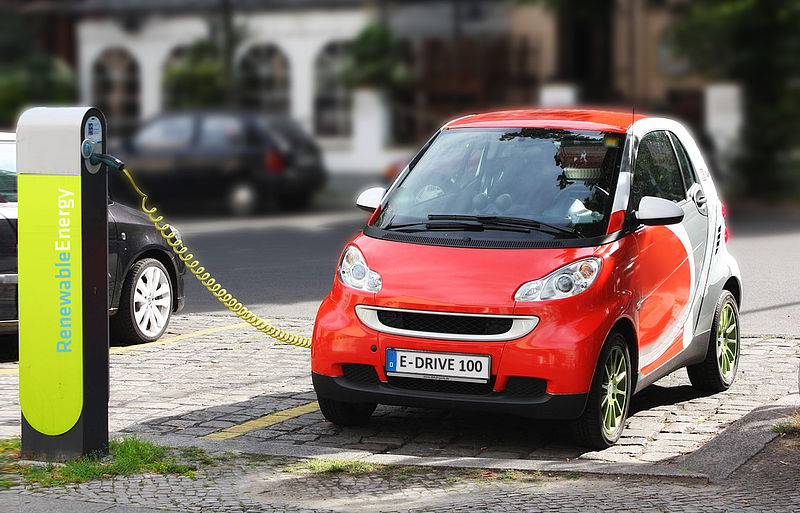 The project submitted by the Ministry of Infrastructure assumes that the adoption of amendments both to the Tax Code and customs regulations as well as their implementation on 1 January 2019 will allow an increase in the share of ecological transport in Ukraine by one quarter in the near future. Attention should also be drawn to the prevailing tendencies in today’s world. The demand for environmentally friendly cars is constantly growing. Experts estimate that within the next 10 years their share in the world market will reach 40%. According to the Bloomberg News agency, the costs of electric vehicles will decrease significantly year by year and by 2025 they will be cheaper than petrol-powered models. This should happen at the expense of a radical reduction in battery prices, which constitute the lion’s share of the costs of such machines. It is expected that in 2025 the share of electric cars in the global market will be 10-15% and that in 2030 it will reach 35-40%.

However, nowadays electric cars are much more expensive than cars powered by internal combustion engines (ICE), which is the major factor hindering the development of this market. In order to change this, in many countries the buyer of the electric car is offered many preferences: tax reliefs, the compensation for car costs, a free car park, etc. For example, in China the purchaser receives an allowance of about 35% of the car costs and in the United States such a “discount” is 25%. In some countries, such as Portugal, Spain, France, Ireland and others, the government pays a subsidy of between 5,000 and 7,000 euros to each buyer (depending on the model). In other countries (the United Kingdom, Denmark and Germany) there are no direct payments for the purchase of electric vehicles, but all buyers are exempt from the obligation to pay a road tax for a certain time period (up to 5 years) or from paying a registration fee. In general, over 14.3 billion dollars were spent on the development of electric vehicles in the years 2008-2014. Ukraine has already begun taking steps towards “electromobility”. The most important of these is the abolition of VAT and excise duty in the current financial year, which has reduced the price of electric cars by an average of 17%. However, these regulations were introduced only for a year, as if in the form of an experiment – hence the emergence of new government proposals.

As for the exemption from VAT and excise duty, it is definitely beneficial for the electric car market, the Ministry of Infrastructure says. It recalls that it was initially planned to introduce this standard for 5 years. However, during the “budget night”, deputies decided to shorten this time period to 1 year. The Ministry of Finance, nonetheless, claims that these tax reliefs are detrimental to the budget. Therefore, it is necessary to take a look at the potential results of the abolition of VAT and excise duty in the perspective of at least 6-8 months. In the new budget it will be possible to try to extend the validity of these amendments for the next year. However, the Ministry of Finance is against the introduction of a systemic solution being in force for 10 or 15 years. On the other hand, under the proposed tax reliefs, it is postulated to abolish the fee for the first registration of an electric car within 10 years. It would range from 3% to 5% of the car price. Moreover, citizens who can receive a tax relief from the state (taxpayers who have an overpayment in income tax), will be able to buy an electric car for 18% less. This mechanism will also work in a situation when the taxpayer intends to buy an electric car on credit or to convert an ordinary car into an electric vehicle.

As far as business is concerned, it is suggested to introduce a zero per cent tax on the production of lithium, production of batteries, electric cars, electric buses, electric trains and their components for the period of 15 years. Taking into account the world’s growing demand for lithium and the potential of Ukraine in this market, such an initiative, according to the Ministry, seems to be purposeful. In addition, companies involved in the production of electric vehicles will be able to import components free of VAT, excise duty and customs duties for 10 years. The components will include: electric motors, batteries and their elements, transformers, rectifiers, car bodies, car cabins, etc. It is also proposed to oblige the owners of car parks to equip no less than 5% of the total number of parking places with electric chargers. The government hopes that the submitted programme will gain support in the Verkhovna Rada and from next year onwards Ukrainians will be able to buy electric vehicles with a 23% discount, in which 5% will stand for the exemption from the registration fee and 18% will signify a tax relief, but only for those who pay taxes. Exporters lobby for the prolongation of the exemption from VAT and excise duty: only then the price of the electric car will be 40% cheaper, which, in their opinion, will be just like in the West. This, in fact, is not entirely true. However, it is true that a new challenge has appeared in Ukraine, a challenge not only for Ukrainian entrepreneurs.