On September 8-10 2020, the 30th Economic Forum was held in Karpacz, organized by the Institute for Eastern Studies Foundation under the slogan “Europe after the pandemic: Solidarity, Freedom, Community”. The Warsaw Institute had the pleasure to participate in this event as a media partner. 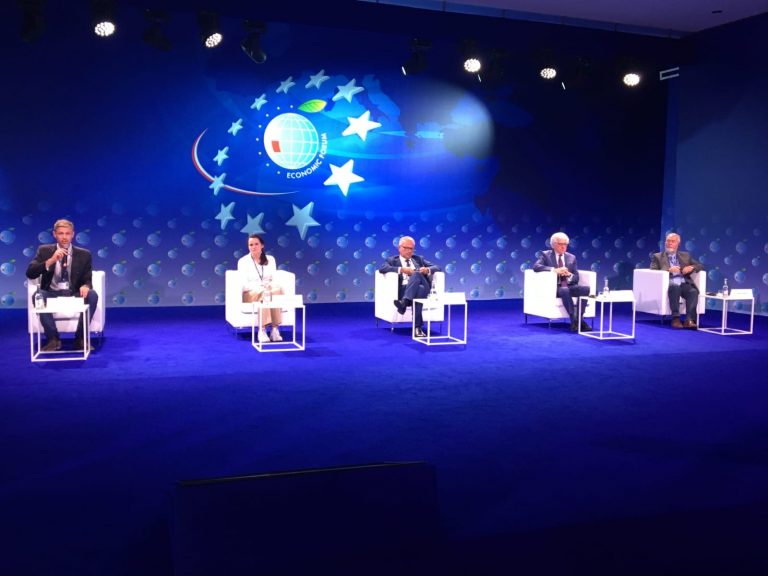 This year, the Forum was exceptionally held at the Gołębiewski Hotel in Karpacz instead of, as before, in Krynica, which was forced by the pandemic situation related to COVID19. The change of place of the event also partially affected the scale of the Forum itself. The thirtieth edition was noticeably smaller than the previous ones, but it was dictated, among others, by the need to maintain the required sanitary and epidemiological rigor and hygiene standards. Ultimately, more than 1,500 Forum guests had the opportunity to participate in panels, debates and other related events on economy, politics, business, culture and others. In connection with this year’s slogan, a large part of the talks focused on what the reality and society will look like after the coronavirus pandemic.

Among the invited guests were many politicians, including those from the government. For the first time, the Forum was visited by 3 deputy prime ministers – prof. Piotr Gliński, Minister of Culture and National Heritage; Jadwiga Emilewicz, Minister of Economic Development and Jacek Sasin, Minister of State Assets. In addition, among the participants there were also Jan Krzysztof Ardanowski, Minister of Agriculture and Rural Development; Tadeusz Kościński – Minister of Finance; Małgorzata Jarosińska-Jedynak – head of the Ministry of Funds and Regional Policy; Marek Zagórski – Minister of Digitization and Government Plenipotentiary for Cybersecurity; Michał Kurtyka – Minister of Climate and prof. dr hab. Zbigniew Rau – Minister of Foreign Affairs. The Forum was also attended by many representatives of local authorities as part of the thematic block “30 years of Polish self-government”.

Many foreign guests also came to Karpacz, including Sviatlana Tsikhanouskaya, a candidate in the last presidential election in Belarus, which initiated mass protests in this country that have continued to this day. She was presented with the Special Award of the Economic Forum. As with every edition, the organizers also gave other awards, including the Man of the Year – this title was received by Daniel Obajtek, president of PKN Orlen. PGNiG was named the Company of the Year, while the SGH Economic Award went to Zbigniew Jagiełło, President of PKO Bank Polski.