Russian forces once again shifted their military strategy in Donbas. As Ukrainian troops claimed success in the region, Moscow lowered its expectations. Many signs are that Russian forces will seek to encircle the Ukrainian military in Severodonetsk though to a smaller extent than intended. 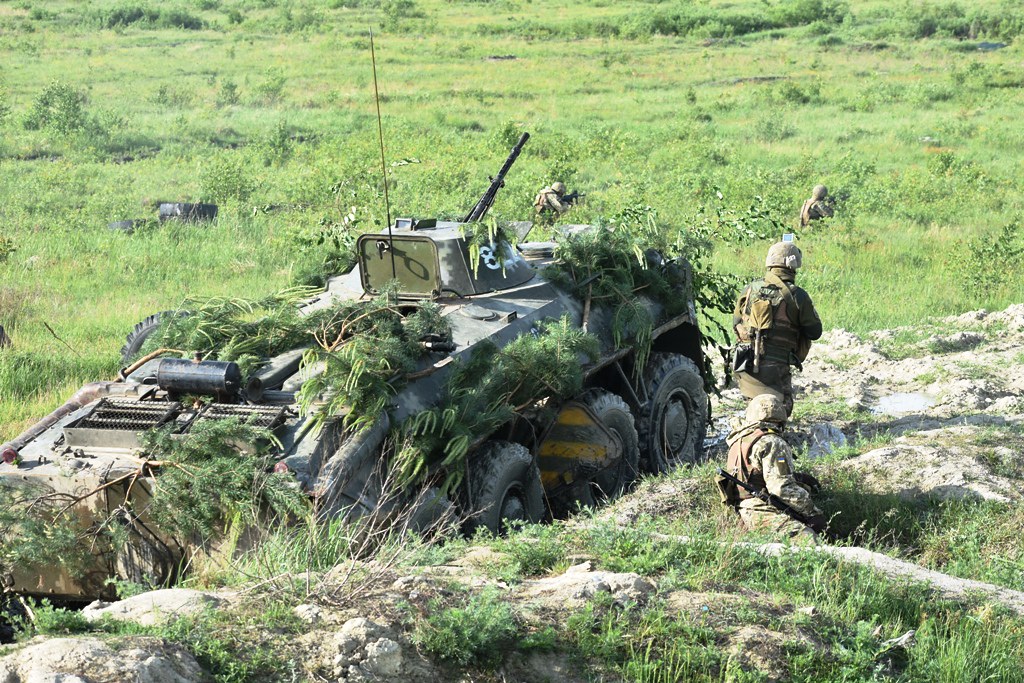 The Russians are massing many pieces of military hardware near the town of Popasna. They may be seeking to strike northwest to cross the route linking Lysychansk and Bakhmut, which is one of the major routes that link Ukrainian forces defending Severodonetsk and Lysychansk with the rest of the country. The Russian command eventually scrapped its plan to encircle Ukrainian troops along an axis stretching several dozen kilometers further west. What was to be a major element of the operation was the Russian offensive to the southeast––from Izium towards Sloviansk. But the few first weeks into the operations, Ukrainian forces slowed down the invader while the offensive they launched in early May from Kharkiv to the east made the Russians advance away from Izium northwards. Russia’s offensive operation between Izium and Sloviansk eventually stalled. Ukrainian forces on May 14 conducted counteroffensive operations to dislodge the Russians from around Izium. So the Russians have no other choice but to defend their positions from the north––to avoid being cut off from some remaining troops around Kharkiv––and from the west to bar Ukrainian soldiers from advancing towards the M03 route that runs to Sloviansk. Severodonetsk is now the scene of the fiercest battle of the Donbas operation. After the Russians seized Rubizhne some eight kilometers northwest of Severodonetsk, they on May 12 captured the strategic settlement of Voivodivka along the route between Rubizhne and Severodonetsk, just two kilometers from the latter. Russian forces will have a tough task to capture Severodonetsk and Lysychansk, the latter of which is located on the western bank of the Donets River where Ukrainian troops used fortified trenches. The whole situation resembles that in Mariupol and the Azovstal steel plant-turned-fortress. Severodonetsk and the towns nearby are home to numerous industrial facilities. This might explain why Ukrainian troops easily repel Russian attacks. This is why Severodonetsk is now being shielded from the north. Possibly what was a bold attempt to reach the rear of the Ukrainian battalion was a maneuver that a Russian mechanized brigade made some eight kilometers east of Severodonetsk. Russian forces suffered heavy losses in a Ukrainian attack that destroyed a pontoon bridge they were using to try to cross the Siversky Donets River towards Bilohorovka. Up to 1,000 personnel were killed and more than 70 military vehicles drowned. The Donets River with its swampy banks served a major role in the offensive in the Kharkiv region. Russian forces have begun to blow up bridges to slow a Ukrainian counteroffensive in the northeast and to protect supply lines running from Russia east of the Donets River.