The FSB, Russia’s military counter-intelligence service, has detained the Deputy Chief of the General Staff of the Russian Armed Forces, and a court has sentenced him to two months in prison. It is about the embezzlement of state funds intended for the repair of military equipment. Although the case began back in 2013, only now has it hit General Khalil Arslanov, a senior communications officer in the Russian military. Taking into account the fact that in Russia everyone is, pretty much, corrupt and steals from the state, every high-level corruption scandal has its own political background. Kompromat, that is, compromising materials, can be found on everyone, which suggests that the selective fight against corruption has become a tool for achieving one’s political ends. In this case, the civil service (the FSB) deals a blow to its traditional rivals from the military. 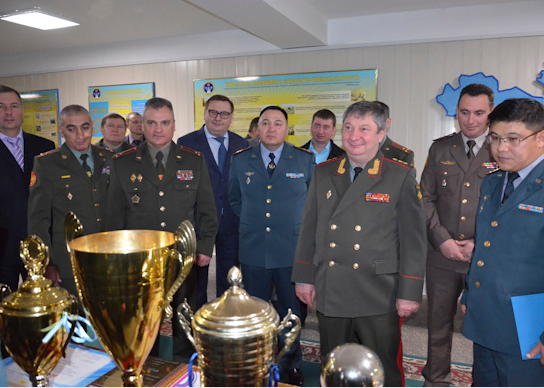 General Colonel Khalil Arslanov, the Deputy Chief of the General Staff of the Armed Forces of the Russian Federation to General Valery Gerasimov, was arrested. The officer faced two charges of particularly large-scale embezzlement. It concerns a total of 6.7 billion roubles (104.7 million dollars) for military equipment repair projects. The financial frauds were carried out already at the contracting stage of the projects. One such episode concerned importing parts of Chinese military equipment and then selling them as domestically manufactured products after previously removing the labels indicating where the equipment was originally produced. It all comes down to the contracts concluded by the Voentelecom company, which is subordinate to the Ministry of Defence. Five other people, including high-ranking military officers and civil employees, are also involved in the case. Among the accused in the case are the former head of Voentelecom, both his deputy and advisor, as well as two representatives of the Ministry of Defence, one with the rank of general and the other with the rank of colonel. The investigation dates back to 2013. All five have already pleaded guilty and testified against Arslanov.

The court has sentenced the general to two months in prison. Arslanov has pleaded not guilty. He was the Head of the Main Communications Directorate of the Russian Armed Forces. The general was detained by the FSB’s military counter-intelligence officers. It is this civil service that performs protective and counter-intelligence tasks in the army. It can use this power for its own purposes. Arslanov’s arrest can be discussed in the context of the on-going behind-the-scenes rivalry between the FSB and both military intelligence and the Ministry of Defence. The dismissal of Vladislav Surkov, once an influential advisor to Putin and a man associated with military intelligence, was a signal that the position of the “military” has weakened. In Russia, corruption is omnipresent. Almost every official steals from the state and commits financial fraud. As regards the force structures, this is done according to a certain hierarchy – those who hold higher positions receive shares from subordinates who steal. The FSB’s blow at Arslanov poses a considerable threat to Shoygu. If Arslanov had indeed been stealing without his superior’s knowledge, it means that Shoygu does not control the situation in his own ministry.