Defense of Westerplatte: The First Battle of World War II

The heroic defense of Westerplatte is recognized as the first battle of World War II. The garrison of the Polish Army, which from September 1 to September 7, 1939, defended the peninsula against the attack of the German battleship Schleswig-Holstein, has forever gone down in history. 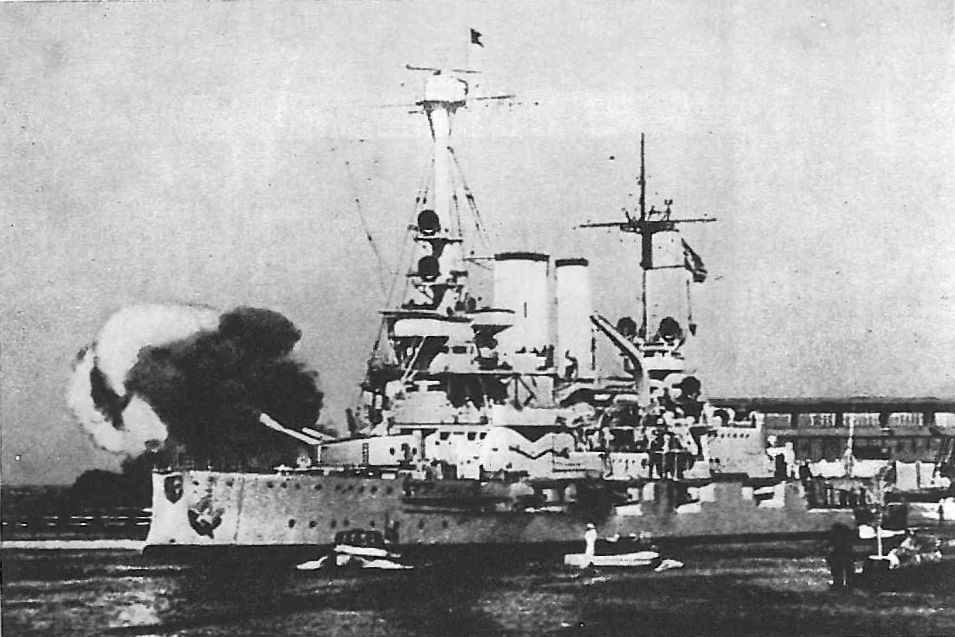 The origin of the military unit on the Westerplatte peninsula can be traced back to 1920 when a Polish Military Transit Depot was established at this location. The land was granted to Poland according to a 1924 League of Nations verdict. The newly created unit could accommodate 88 soldiers. In later years, this number grew to 176 soldiers and 6 officers, and in September 1939 this figure amounted to 182 soldiers, 5 officers, and a doctor. Estimates of the number of Poles, however, vary, as Bogusław Kubisz indicates in his publications that there were from 205 to 225 men, including six officers and 30 contract employees in September 1939[1].

In addition to that battleship, the German attack on Westerplatte involved a torpedo boat T196 – a minesweeper Von der Gronen (former M107)[2]. The forces that accompanied this setup totaled about 4,000 people[3]. Thus, the advantage that the Germans had was simply overwhelming, at least on paper.

On September 1 at 4:45 in the morning, the German battleship Schleswig-Holstein opened fire on the Polish outpost at Westerplatte. Moments later, the Nazis blew up the railroad gate and a section of the Polish unit’s fortifications. However, the first wave of the attack ended in the failure of the Germans, who, despite the inclusion of the 3rd Marine Stoßtrupp Company in the assault, withdrew under the pressure of the Poles protecting themselves with 75 mm caliber guns[4]. Major Henryk Sucharski and Captain Franciszek Józef Dąbrowski commanded the defense of the Polish coast.

The second German attack was longer and more severe than the first. The target of Schleswig-Holstein was mainly the outpost Prom (English: ‘Ferry’) which inflicted the most losses on the soldiers of the Third Reich during the first siege of the peninsula. However, once again, the Poles showed the strength of their defenses when Lieutenant Leon Pająk gave the order to open mortar fire on the Germans. This repelled them and dispersed the attackers. However, this did not stop the attack, which continued for hours and days to come. The Germans conducted sustained artillery fire, and on September 2 the crew survived a murderous raid by Junkers Ju 87 dive bombers (Stuka). Each day there were more casualties, a total of 15 soldiers were killed, and about 30 were wounded. The condition of the wounded was deteriorating, there was a lack of adequate medical equipment. Despite this, the Polish defenders of Westerplatte did everything to stop the Germans (until the end). They did not give up despite the huge disproportion in numbers and equipment of the enemy[5].

In the following days, the Poles continued to stand up to the invaders despite exhaustion. They were encouraged and reassured by the news that France and Great Britain had declared war on Germany. However, the anticipated help from the allied forces did not arrive.

After a few days, on the morning of September 7, Major Sucharski decided to stop fighting. The Poles, after almost a week of the murderous and heroic defense of the coast, succumbed to the ruthless attack of the Germans. General Friedrich Georg Eberhardt, who accepted the surrender of the Poles, was greatly impressed by the bravery and endurance of the Polish soldiers. For this reason, he granted Major Sucharski, who had been taken prisoner, the privilege of carrying an officer’s saber.

Despite the fear and deficiencies in the numbers and armaments of the Polish troops, the defenders of Westerplatte did everything they could to delay the surrender of the peninsula and give a chance to prepare a better defense of Poland. They sacrificed their lives in the fight for a free and independent Poland and did not back down from fulfilling the words of the soldier’s oath in the moment of need. “They did not abandon the military flag” at the moment of trial and “they fought to the last breath for their Fatherland[6]”.  In honor of the unyielding soldiers, a memorial was erected on the Westerplatte peninsula to recall the events of September 1939.