Inaugurated on August 23 in Kyiv, a worldwide platform causes serious headache to Russia and its reputation. Not only does the world refuse to recognize Moscow’s occupation of Crimea, but the issue is also gaining new momentum as the Crimea Platform was set up. That is the triumph of Ukraine’s authorities and symbol of Zelensky’s firm policy as the Ukrainian president does not focus solely on Donbas in his country’s ties with Moscow but also bring back the peninsula to the international agenda. 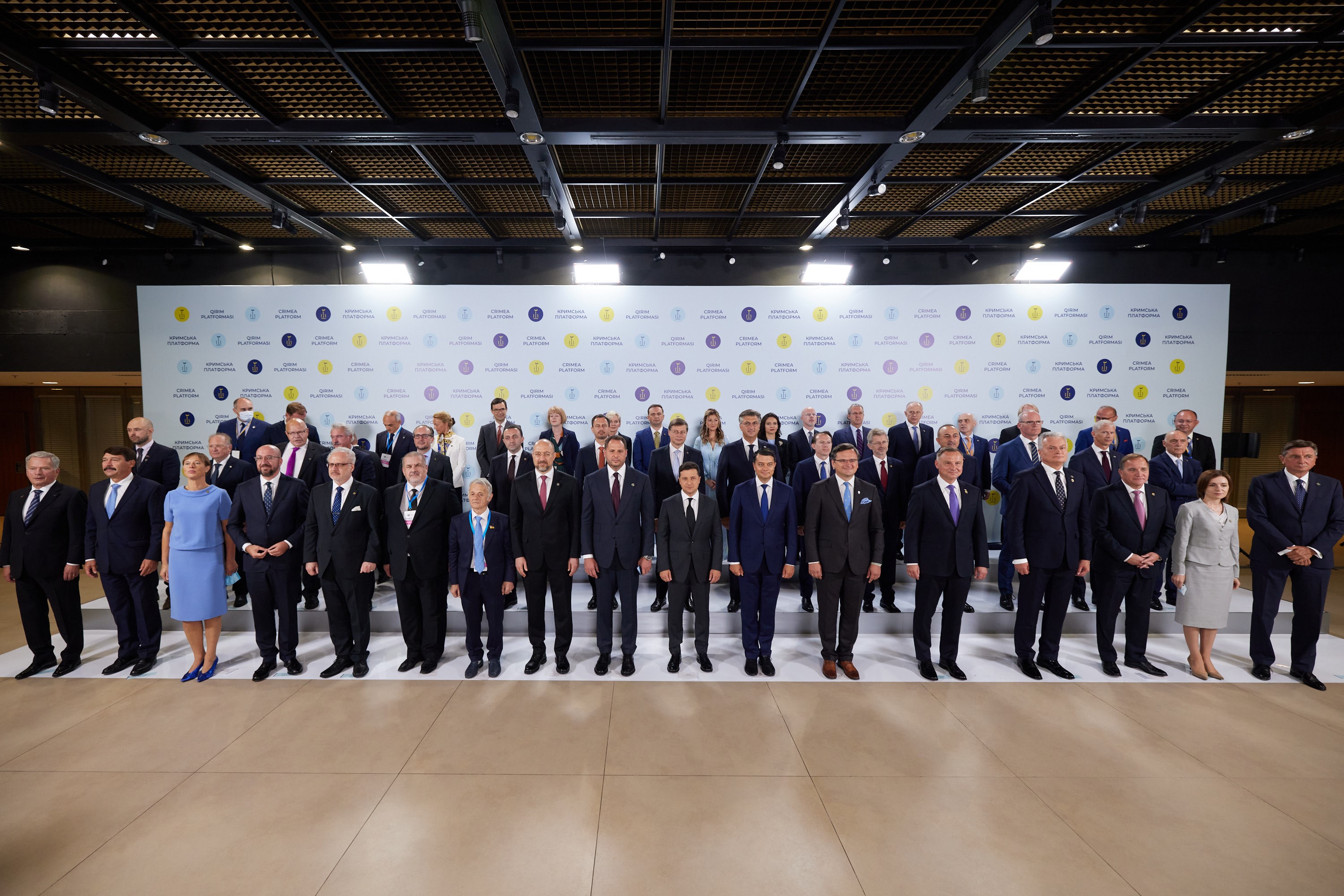 Top officials from 46 countries took part in the summit that sought to put an end to the Russian occupation of Crimea, according to Zelensky. Among top officials was the Polish delegation headed by President Andrzej Duda. During his three-day visit to Ukraine, the Polish leader met with his Ukrainian counterpart Volodymyr Zelensky and attended celebrations for the 30th anniversary of Ukraine’s independence. “We held a summit, during which a powerful international coalition was created to liberate the Ukrainian Crimea from the Russian occupation,” the Ukrainian leader said. The joint declaration of the Crimea Platform was adopted, a document stating Ukraine’s non-recognition of the Russian annexation of Crimea and considering new sanctions against Russia in the event of further aggression. Parties to the declaration condemned human rights abuse in Crimea––including the persecution of Crimean Tatars whose leaders Mustafa Jemilev attended the summit––as well as Russia’s ongoing militarization of the peninsula and its restriction of navigation in the Black Sea. Combining the Crimea Platform summit with celebrations for the 30th anniversary of Ukraine’s independence is a remarkable political success for Ukraine. Never before has the country seen so many top officials from other countries and blocs. Another success for Ukraine was that a special fund was set up to help the nation mitigate Russia’s destabilizing influence. In addition, it is a way to establish worldwide solidarity with Kyiv. On the 30th anniversary of Ukraine’s independence, it was announced the Partnership Fund for Resilient Ukraine would be set up by the United Kingdom, Canada, Sweden, Switzerland, and the United States. Naturally, the Kremlin is doing its utmost to downplay the initiative. Kremlin spokesman Dmitry Peskov said Dmitry the Crimea Platform forum in Kyiv was now “declarative in nature.” He added Moscow would draw conclusions from what he referred to as “an extremely unfriendly tone” of the initiative. Russian foreign minister Sergey Lavrov described the summit as the “witches’ sabbath.” Russia delivered a nervous response to the Crimea Platform, which corroborates how inconvenient the format is for Moscow. The Kremlin’s tactic for Crimea has so far involved not raising the topic as there is no chance of recognizing the annexation. Publicizing the Crimea Platform as an event widely reported and commented on across the globe as an initiative to witness the occupation of the peninsula is a massive blow to the Kremlin and its policy.