Chinese economy at a crossroads – growth through technologies and innovation

Since 2000, China has intensely aimed to combine growth with the advantage in key technology areas which enable an upgrade in international production chains. A long term objective is to achieve technological self-sufficiency which would cease PRC’s dependence on the import of advanced devices and software from developed countries. 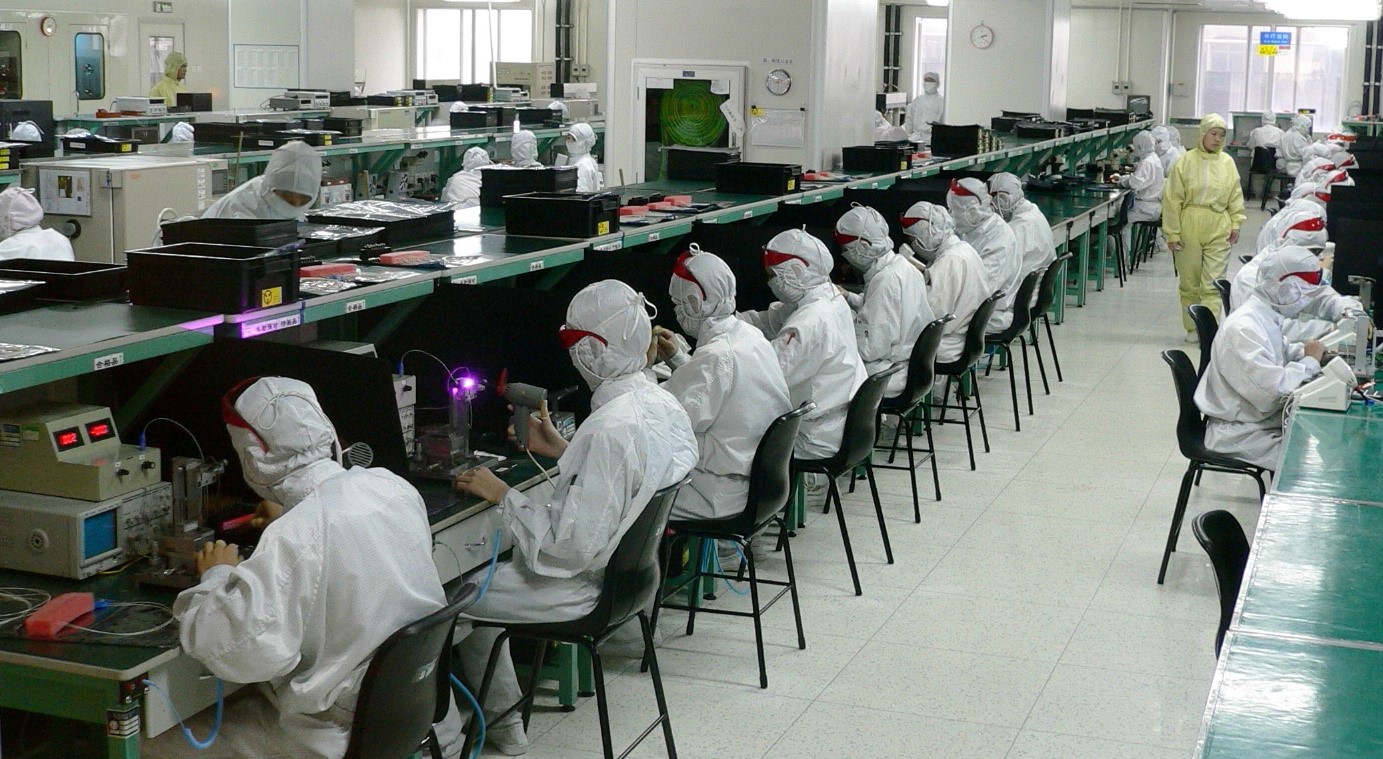 Between the years 1978 and 2007, PRC’s economy was maintaining its annual growth at a constant level of 10%. Such a high developmental dynamic was possible thanks to the implementation of the export-oriented development model based on cheap labour, extensive use of raw materials, high savings ratio and foreign investments. However, in the first half of 2000, it turned out that this model could not be maintained in the long term. Growing labour costs, negative demographic trends and environmental degradation forced the PRC’s authorities to search for different sources of development.

The concept of growth based on domestic innovations (自主创新), which became one of the themes of China’s Five-Year Plans (五年计划), was the response to these challenges. The idea was based on a belief that China has no chance to join the group of developed countries, unless it upgrades in world production chains. The shift from the role of the world “assembly plant” to a design and production centre making goods of the greatest added value was necessary.

The first serious step to realise this mission was to assure an increase in research projects financing. In this area, Chinese authorities achieved measurable success as in years 2000-2017 gross expenditures on research and development increased from 33.08 billion to 496 billion dollars. At the same time, the USA’s increase was from 269 to 543 billion dollars. In 1991, expenditures on R&D in China’s GDP amounted to only 0.72%, giving way to the United States (2.5%) and Japan (2.7%). Since the beginning of the 21st century, Chinese authorities managed to raise this ratio to 2.14% of GDP in 2017.

The inflow of money facilitated e.g. a dynamic development of the ICT sector (Information and Communication Technologies) and the establishment of national champions in the electronic devices producers. Since 2014, China has improved the assessment of its ICT sector in the WIPO and Cornell University ranking from 36.1 to 74.5 in 2019. To compare, during the same period, the USA’s rate rose from 83 to 89 out of 100 points possible. Even though the United States retained an advantage, the Chinese result rose by over 100% within 5 years. The expansion of Chinese telecommunication companies such as Baidu, Alibaba, Tencent (BAT), whose joint value is currently estimated at 1 trillion dollars, was characteristic of this process. The spectacular success of Huawei, which in 2018 became the second producer of smartphones in the world after Samsung, beating American Apple, was also a symbol of transformation. The development of ICT technology is facilitated by the biggest base of Internet users, including 600 million people, and omnipresence of cashless flow and e-commerce platforms.

Technologies which have recently been stirring emotions include 5G network and artificial intelligence (AI). Chinese companies Huawei and ZTE are among the world leaders when it comes to the number of patents, the level of technological development and competitiveness of offers. This is why despite the USA’s political pressure, they are still competing for the 5G network development. In respect to the AI, the Asia Nikkei report from 2019 shows that for the first time in history Chinese companies have registered more patents than American ones. Moreover, within the last three years (2016-2019), 19 Chinese companies were included in 50 biggest companies of the AI sector, comparing to 8 companies in the previous rank (2013-2016). This proves the rising position of PRC in the technological race and intensifying pressure on the USA’s companies.

Additionally, China has achieved a leading position in the rail transport, solar panel and UAV production. Authorities aim to reach similar success in other profitable sectors identified in the Made in China 2025 strategy. The long term objective is to become technologically self-sufficient and make PRC independent from the import of advanced devices and software from developed countries.

In turn, similar advances were not reached in the case of the semiconductor manufacturing industry. In 2019, Chinese companies were responsible for 5-6% of the world market, but they mainly produced “second quality” goods. Semiconductors are significant elements of all electronic devices and their importance is rising simultaneously with the complexity of a device. American domination in this sector gives the USA a point in the technological competition with China.

The development of technology is a strategic imperative for the authorities in Beijing which will determine the stability of the current political system and Chinese chances to reach the position of a superpower. Advance in key sectors of high-tech production is supposed to provide a high economic growth rate and enhance the legitimisation of PRC. Attempts to reach a higher level in the international production chains will cause increased pressure on main developed economies and tensions in relations with the USA.