China’s Response to the G7 Summit in Cornwall

The G7 summit was held in a small town of Carbis Bay in Cornwall, UK, between June 11 and 13. Few passages of the final communiqué devoted to China were criticized by the PRC. 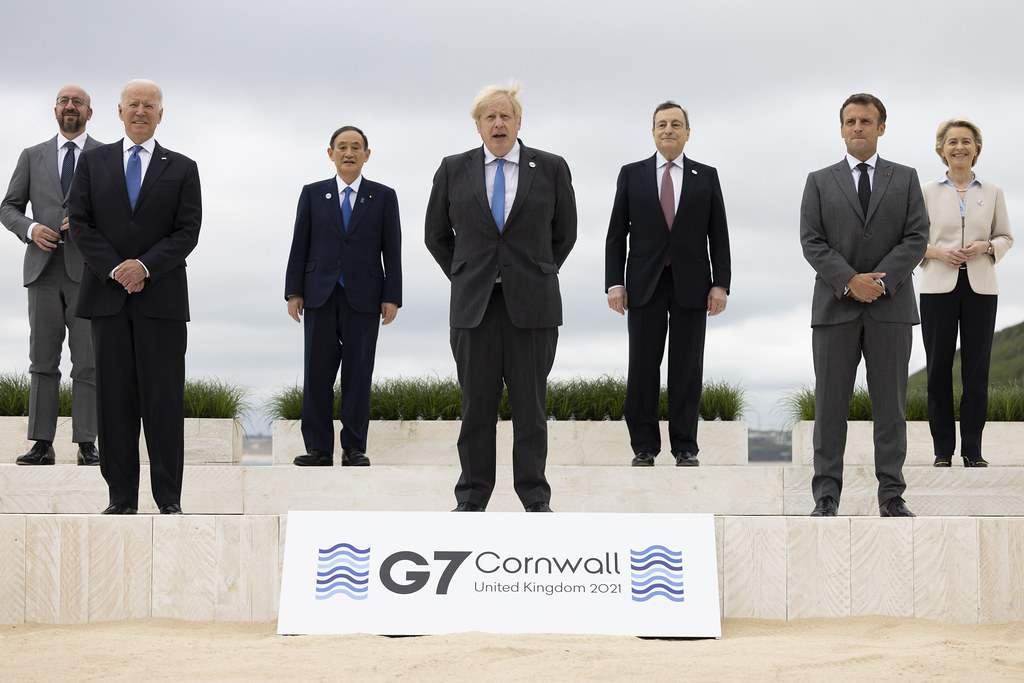 The participants of the G7 summit included the leaders of the G7 countries: Canada, France, Germany, Italy, Japan, the US and the UK. They were also joined by the EU leaders. At the invitation of the UK, which currently holds the presidency of the group, representatives of India, Australia, South Korea and South Africa participated in the meeting remotely. This was the first summit for Joe Biden as the President of the United States, Prime Ministers Yoshihide Suga of Japan and Mario Draghi of Italy, and most likely the last one for German Chancellor Angela Merkel.

As the Global Times editors noted, the G7 countries had issued a communiqué that openly criticized China and addressed matters related to China’s Xinjiang, Hong Kong and Taiwan. Moreover, the communiqué included opposition to “forced labor” and “unilateral attempts to change the status quo” in the East China Sea and the South China Sea. According to Chinese journalists, the United States has dominated the attitudes of its allies and the communiqué included nearly every issue on which Washington has recently attacked China. However, the language used was somewhat softer than before. Additionally, the Global Times editorial board concluded that the United States is able to convince major Western countries to create a collective message against China, but is unable to impose the most extreme views, particularly when it comes to the leaders of Germany, Italy and the European Union.

The G7 infrastructure project entitled Build Back Better World (B3W) was also commented. It has been called “a pirated version [of the] BRI.” Wang Yiwei, director of the institute of international affairs at Renmin University of China, said that “behind the so-called B3W plan, it is the US intention to maintain hegemony in the world in the post-COVID era” and “an attempt to export its surging internal inflation to the world.” According to Chinese media, it is clear that the proposal of the G7 does not serve the core interests of developing countries, unlike China’s Belt and Road Initiative. The proposed $40 billion for B3W development by 2035 was ridiculed as unrealistic. Simultaneously, high US and UK national debts were recalled. Experts said that there is a “distinct technological gap” between the PRC and most Western countries, while China is the leading player in the infrastructure sector.

Moreover, attention was drawn to the protests of anti-globalists. It was stated that there have been many such initiatives recently. During the anti-globalist demonstrations, the rich countries club was accused of making “empty promises,” not addressing climate change nor environmental crisis. The international media said that the summit was overshadowed by the recently exposed scandal of US spying on European politicians and the UK-EU dispute over Northern Ireland.

China’s Foreign Ministry spokesperson Zhao Lijian commented on the communiqué of the G7 countries in the following ways: “such moves seriously contravenes the purposes and principles of the UN Charter and the trend of the times for peace, development and win-win cooperation. It reveals the malign intentions of the US and a few other countries to create confrontation and widen differences and disputes” and “issues related to Xinjiang, Hong Kong and Taiwan are purely China’s internal affairs that brook no foreign interference.” A spokesperson for the Chinese Embassy in the UK said that “the days when global decisions were dictated by a small group of countries are long gone”.

China could not remain inert to the communiqué of the G7. It included several elements. The issue of Xinjiang, Hong Kong and Taiwan was considered an internal matter of the PRC, which is not subject to international discussion. The criticism of the B3W scheme was bound be voiced because it is a competition to the Chinese Belt and Road Initiative, Beijing’s flagship project aiming to position China as the world’s leader in infrastructure, trade and development aid. It was attempted to show the public discontent of G7 societies by citing information about protests. Perhaps this was meant to show the domestic weakness of Western countries and compare them to China where, according to the CCP’s media coverage, the society is unanimous. It also pointed to the G7’s lack of unity in the face of a harsh anti-China course. As usual, the United States was the main target of the attack of the Chinese media outlets. According to them, the US encourages the Western countries to adopt harsher policies towards Beijing.