Boris Johnson in Estonia. The British as a trusted ally

Great Britain is the second most important and trusted ally of the Baltic states, next to the United States. It was confirmed by Boris Johnson who visited the military base in Tapa, Estonia, just before Christmas. Several hundred British soldiers are deployed there within the NATO initiative Enhanced Forward Presence. During his visit to Estonia, PM Johnson stressed the power of NATO and sceptical attitude towards Russia. 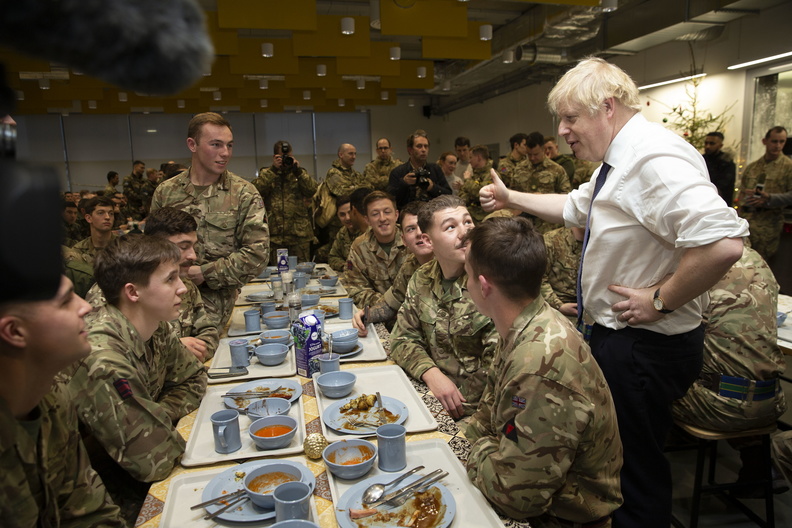 In the press interview published on December 23, Johnson said that he was wrong about Russia and he no longer believed that it was possible to reset the relation with Moscow due to differences dividing Russia and Great Britain. Such words were published in “The Spectator” right after the comment of PM during his visit to Estonia on December 21, where Johnson said that he hoped to see improvement of relations with Russia, but there were “serious problems” dividing them. Johnson said that in the interview for the Estonian public television ERR. – We want better trade relations, we want more trade, but this is always a disappointment because of huge problems that we have – PM said. He pointed to the attack on Sergei Skripal and his daughter in 2018 with the use of a poisonous Novichok agent. The Skripals survived but two British citizens were accidentally exposed to the poison. One of them, a woman Dawn Sturgess died.

In Estonia, Johnson gave an interview to the local television and met with PM Jüri Ratas. He assured his partner about the support of Great Britain with regard to the security of Estonia. During the meeting with the Estonian PM, Johnson stressed that Great Britain was still going to maintain its support for the whole region within NATO. During his visit to Estonia, Boris Johnson stated that according to him, NATO was the most effective military alliance of the last 500 years and it had a “bright future”. It is the NATO mission that allows hundreds of British soldiers to station in the easternmost member state – this is the only country in Europe outside the United Kingdom where such a military aid of Great Britain is present.

The Christmas visit to his countrymen was the main reason for the one day visit of Johnson to Estonia. In the Tapa base, near Tallinn, one of the multinational NATO battalions is stationed whose core and command consist of the British. It is about 850 soldiers plus about 200 soldiers from other NATO member states, mainly France, Denmark and Estonia. The core of the British contingent consists of soldiers from the Queen’s Royal Hussars (QRH) regiment for 20th Armoured Brigade supported by Challenger 2 tanks, different armoured vehicles and AS-90 howitzers. Yet several months ago, RAF aircraft were deployed in Estonia (Ämari base) as well. Eurofighter Typhoon machines were serving within the NATO Baltic Air Policing Mission.