Book Published by The Warsaw Institute Awarded in Romania 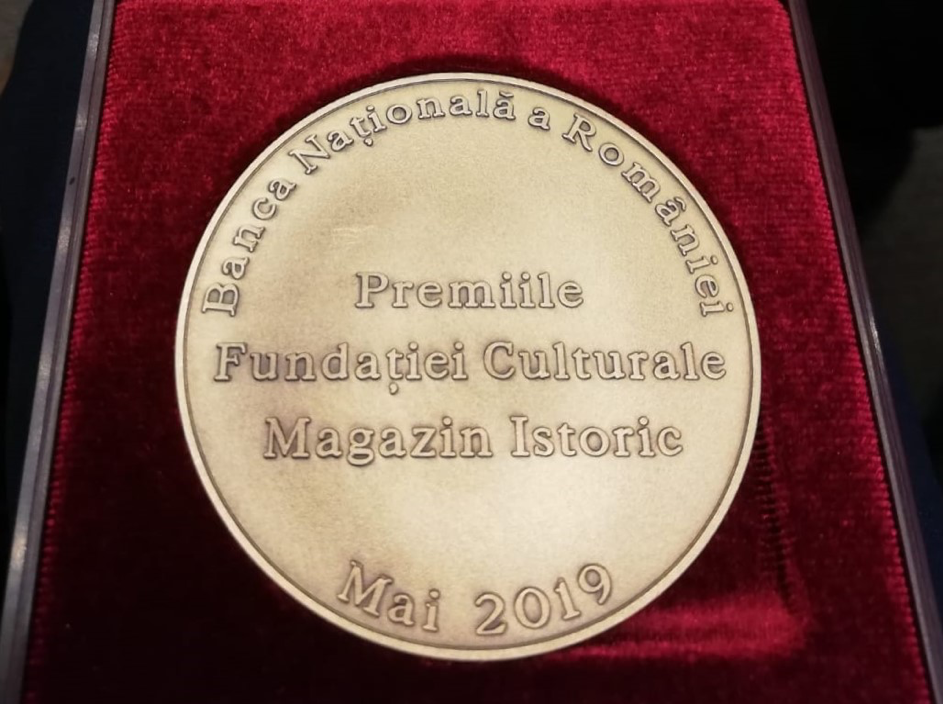 A conference devoted to Romanian gold reserves lost in Russia after in 1917 was held on May 23–24, 2019, in the headquarters of the National Bank of Romania in Bucharest. The agenda for the meeting on May 24 included the award ceremony held by the leading Romanian history magazine Magazine Istoric. Among the honored books was a monograph published by The Warsaw Institute Lucjan Skupiewski biografia społeczno-polityczna/Lucian Skupiewski biografie social-politică [Lucjan Skupiewski: Social and political biography] by Andrzej Dubicki.
The publication was given a prize sponsored by a Romanian branch of Maspex, Poland-based food and drink group whose strongest brands include Tymbark, present both on Polish and Romanian markets. The award, handed out by Deputy Governor of the National Bank of Romania Cristian Paunescu and Editor-in-Chief of Magazine Istoric Dorin Matei, was collected by Mr. Andrzej Dubicki, the author of the publication, on behalf of the publisher. 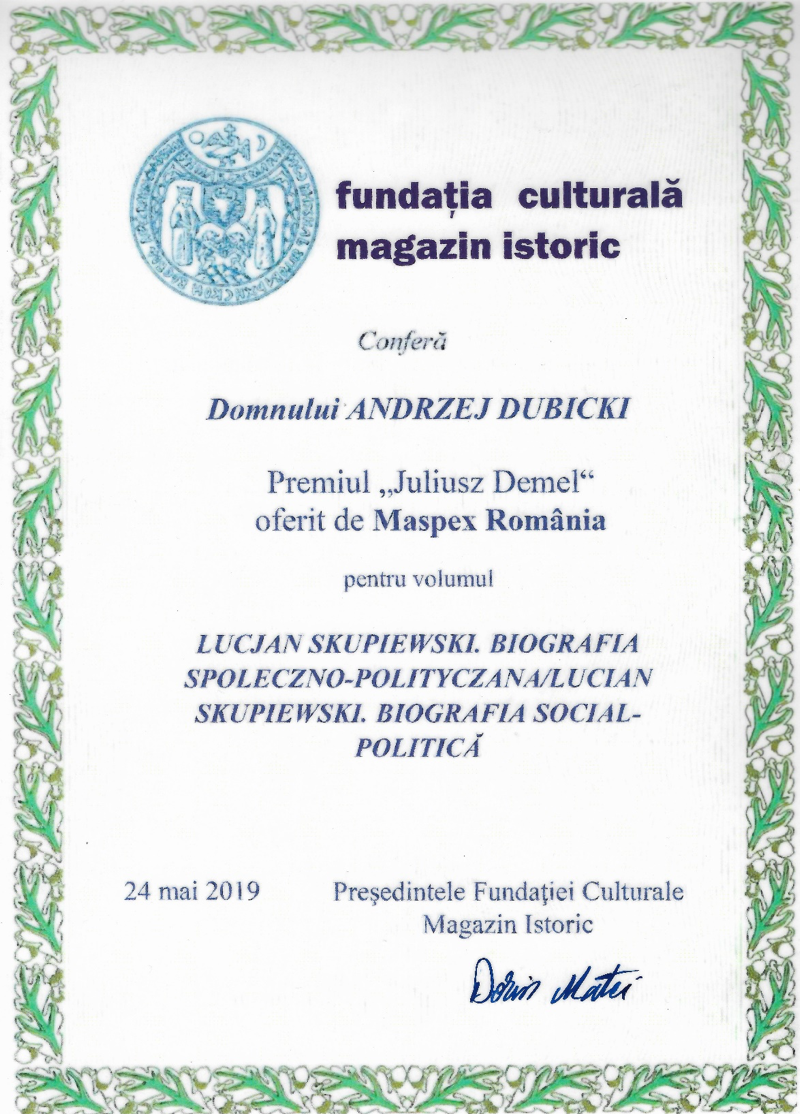 The publication was a culmination of a query project launched jointly by the archives in Warsaw and Bucharest and was co-financed from the funds of Polish Ministry of Culture and National Heritage.

Learn more about the book HERE