The Baltic Fund concept presented to the authorities of Estonia, Lithuania, Latvia and Poland

Today, representatives of the Warsaw Institute, together with four other think tanks from the Baltic States, presented the official concept of the Baltic Fund to the authorities of Estonia, Lithuania, Latvia and Poland. Representatives of five think tanks: the Warsaw Institute (Poland), the International Center for Defense and Security (Estonia), the Baltic Security Foundation (Latvia), the Eastern Europe Studies Center (Lithuania) and the Memel Institute (Lithuania) have been working on the concept of establishing a new institution that will strengthen cooperation in the region. The initiator of this geopolitical project is the Polish think tank – Warsaw Institute. 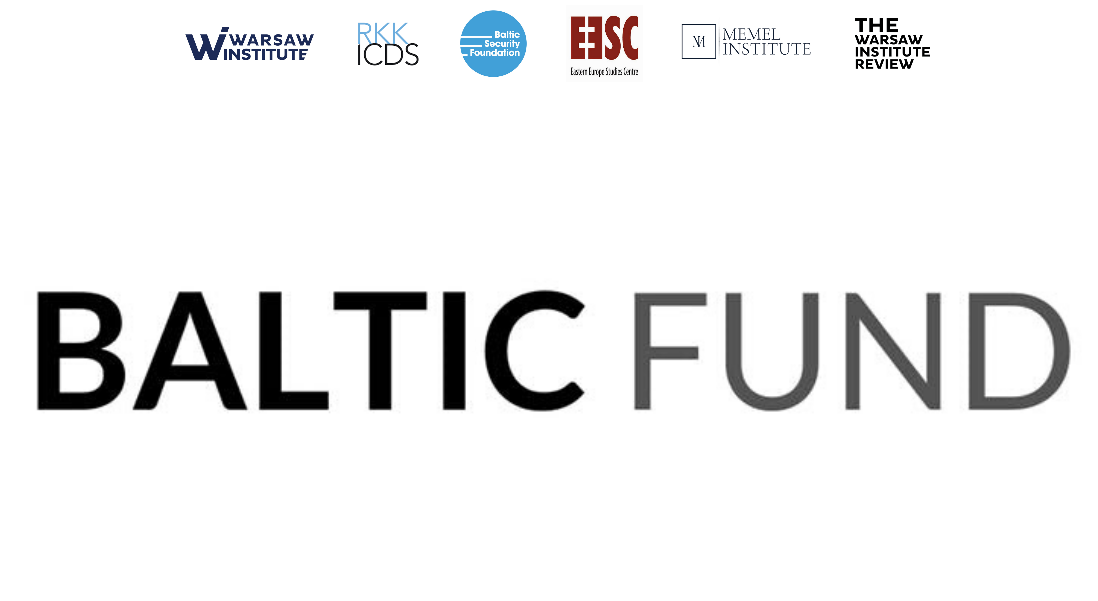 The Baltic Fund aims to intensify cooperation between Estonia, Lithuania, Latvia, and Poland as well as Denmark, Finland, Norway and Sweden, albeit in the long-term perspective. Thanks to the Baltic Fund, it will be possible to deepen regional cooperation in the fields of security, economy, energy and civil society.

Thanks to the Baltic Fund, it will be possible to increase social capital, understood in terms of knowledge as well as structural and interpersonal relations, and to improve both image and significance of the Baltic region on the European arena, thus playing a fundamental role in reinforcing the sense of regional community and enhancing security in the Baltic Sea region. The following project may appear particularly significant in the context of the region’s current geopolitical situation as well as it will potentially exert influence on the further development of the political, military, and economic partnership.

During the conference “NATO Eastern Flank Security. Baltic States and Poland “, which took place on November 28 in Warsaw, a joint declaration of think tanks regarding the creation of the Baltic Fund was signed. This document was aimed at increasing the efforts of expert organizations to promote the idea of establishing a new institution, and today’s submission of the official concept is the culmination of several months of cooperation.

Signatories of the joint declaration on the Baltic Fund::