A trial of three Polish citizens accused of the arson attack on the Hungarian minority centre in the Ukrainian Zakarpattia has started in Cracow. This provocation was aimed to aggravate relations between Kiev and Budapest. Ukrainian authorities immediately suggested that Russian secret services might be responsible for the attack. Accused Michał P. testified that he was commissioned to organise the attack by a German journalist famous for his pro-Russian views. 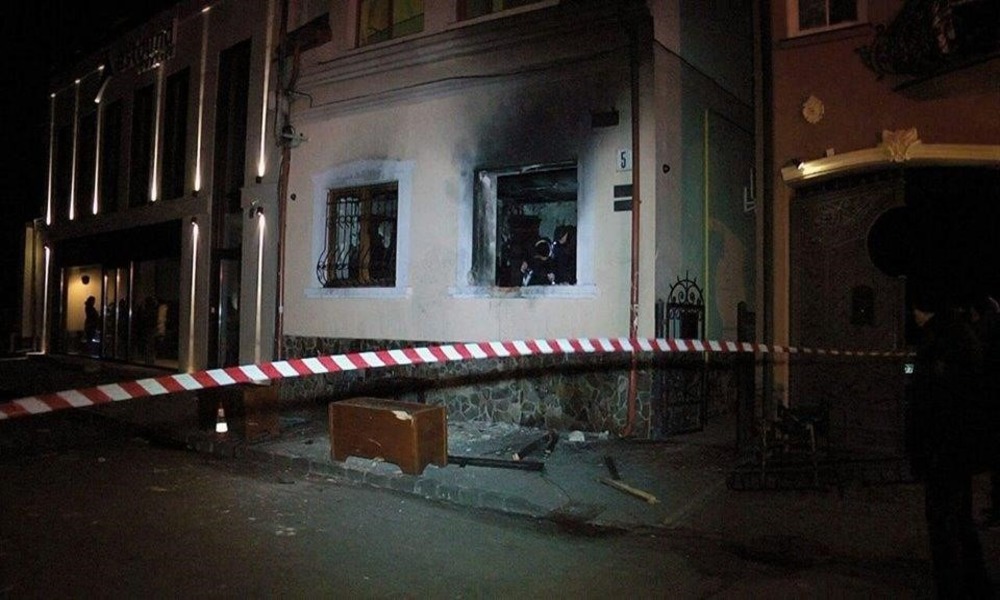 On January 14, 28-year-old Michał P. was testifying in court in Cracow. He said that a German journalist Manuel Ochsenreiter had given him information on which the attack on the headquarters of the Zakarpattia Society of Hungarian Culture in the city of Uzhhorod, the capital city of Zakarpattia Oblast, on February 4, 2018, was conducted. The representative of Ochsenreiter claims that this is not true. Even though nobody was hurt in the attack, it aggravated the already tense relations between Kiev and Budapest. Hungary claims that Ukraine is discriminating the Hungarian minority centred in Zakarpattia.

Michał P., Adrian M. and Tomasz Sz. are put in the dock. They are all accused of the promotion of fascism and the arson attack. Michał P. is also accused of “financing terrorism”. According to Polish investigators, he had connections with a neofascist organisation Falanga and a pro-Russian party Zmiana, whose leader, Mateusz P. was arrested in 2016 for espionage for Russia and China. 42-year-old Ochsenreiter was related to Mateusz P. as well. Polish counterintelligence suspects that the German journalist could act on behalf of the Russian secret services. Ochsenreiter is a publisher of a right-wing, German magazine “Zuerst!” and a commentator in the Russian state media. He is famous for supporting separatists in Donbas. It is known that he worked as an adviser of Markus Frohnmaier, a member of the Bundestag from the Alternative for Germany (AfD) party, a proponent of lifting the EU sanctions imposed on Russia.

Michał P. testified that there were attempts to lay the blame on Ukrainian ultranationalists by painting Nazi symbols on the wall of the Hungarian centre. He testified in court that he had obtained money for the action from Ochsenreiter. His two partners conducted the attack and afterwards they returned to Poland through Slovakia. They were recording the attack and were supposed to send this video to Ochsenreiter via the encrypted Telegram app. All three were detained in Poland by Poland’s Internal Security Agency (ABW). Just after the attack, Pavlo Klimkin, Minister of Foreign Affairs of Ukraine suggested that Russia was responsible for it. Over 100 thousand Hungarians live in Zakarpattia. Provocation was aimed to deteriorate the Ukrainian-Hungarian relations.