Anniversary of the Establishment of Diplomatic Relations between China and Turkey

At the beginning of August 2021, President Xi Jinping exchanged congratulatory messages with Turkish President Recep Tayyip Erdogan. The occasion was the 50th anniversary of the establishment of diplomatic ties between China and Turkey. Relations between the two countries can be considered good and favorable. 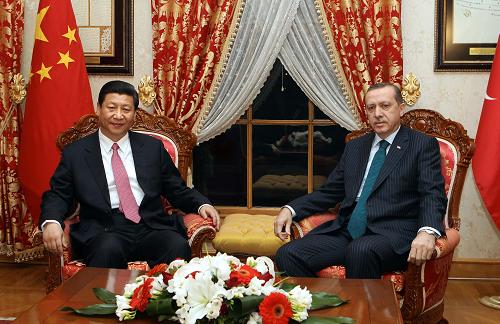 In his message, Xi Jinping pointed out that over the past 50 years, when the diplomatic ties were established, the Sino-Turkish relations have been steadily developing. The turning point was the year 2010, when the strategic partnership was launched, and since when the exchanges as well as cooperation in various fields proceeded in an orderly manner.

As noted, since last year, the two sides have supported each other in the fight against the COVID-19 pandemic and cooperate in the field of vaccines delivery. Moreover, Xi expressed his readiness to show mutual understanding and support on issues concerning each other’s core interests and major problems.
In his message, Erdogan said that “Turkish-Chinese relations have a solid foundation for mutually beneficial development.” Over the past 50 years, bilateral cooperation in trade, investment, transportation, tourism, and other fields has achieved tremendous development. He added that the two countries “have also promoted strategic cooperation on the basis of mutual respect and exerted positive influence in the region and the world.” Additionally, he appreciated cooperation in the fight against pandemic.

Diplomatic ties between Turkey and China were established in 1971, but the thaw did not occur until the 1990s. The reason was the refusal of the West to sell particular weapons to Turkey due to Ankara’s conflict with the Kurdistan Workers’ Party (PKK). At that time, Beijing supported Ankara in developing work on short-range ballistic missiles that it could not obtain from the United States and Europe.

An important part of the cooperation is the economy. The trade volume between China and Turkey was about $24 billion in 2020, which makes China the third-largest trading partner of Turkey. Meanwhile, according to the Turkish Statistical Institute, in the first quarter of 2021, the trade volume increased by 44% year-on-year, reaching $8 billion. Turkey sees a huge opportunity to rebuild its fragile economy with the help of Chinese capital coming from the Belt and Road Initiative. Moreover, Central Bank of the Republic of Turkey used the Chinese yuan financing facility for the first time under a swap deal with the People’s Bank of China in June 2020. Soon after, several banks conducted their first transactions in Chinese yuan.

Furthermore, Chinese company Huawei is investing heavily in Turkey’s technological development, consequently creating jobs there and widening the scope of cooperation among Chinese and Turkish scientists, which is not beneficial for the US and the EU. In November 2020, Turkey signed an agreement with China to purchase 100 million doses of the COVID-19 vaccine developed by Sinovac Biotech. Most of them have not yet arrived in Turkey, but the ones that are already there are “highly effective,” Health Minister Fahrettin Koca said.
One can also talk about the beginning of military cooperation. In the second half of 2010, the Turkish and Chinese air forces conducted a joint military exercise at Konya Air Base in Turkey. This was the first time that any NATO country has cooperated militarily with the PRC on its territory. It is worth noting that Turkey and China compete with each other in the production of armed drones.

A taboo subject is the matter of the Uighurs. In 2009, Erdogan, Turkish Prime Minister at that time, called the repression of Uighurs a “genocide,” but already in 2010 he said that a solution to the problem could be found. Most of the time, the topic is omitted so as not to irritate the Chinese side.