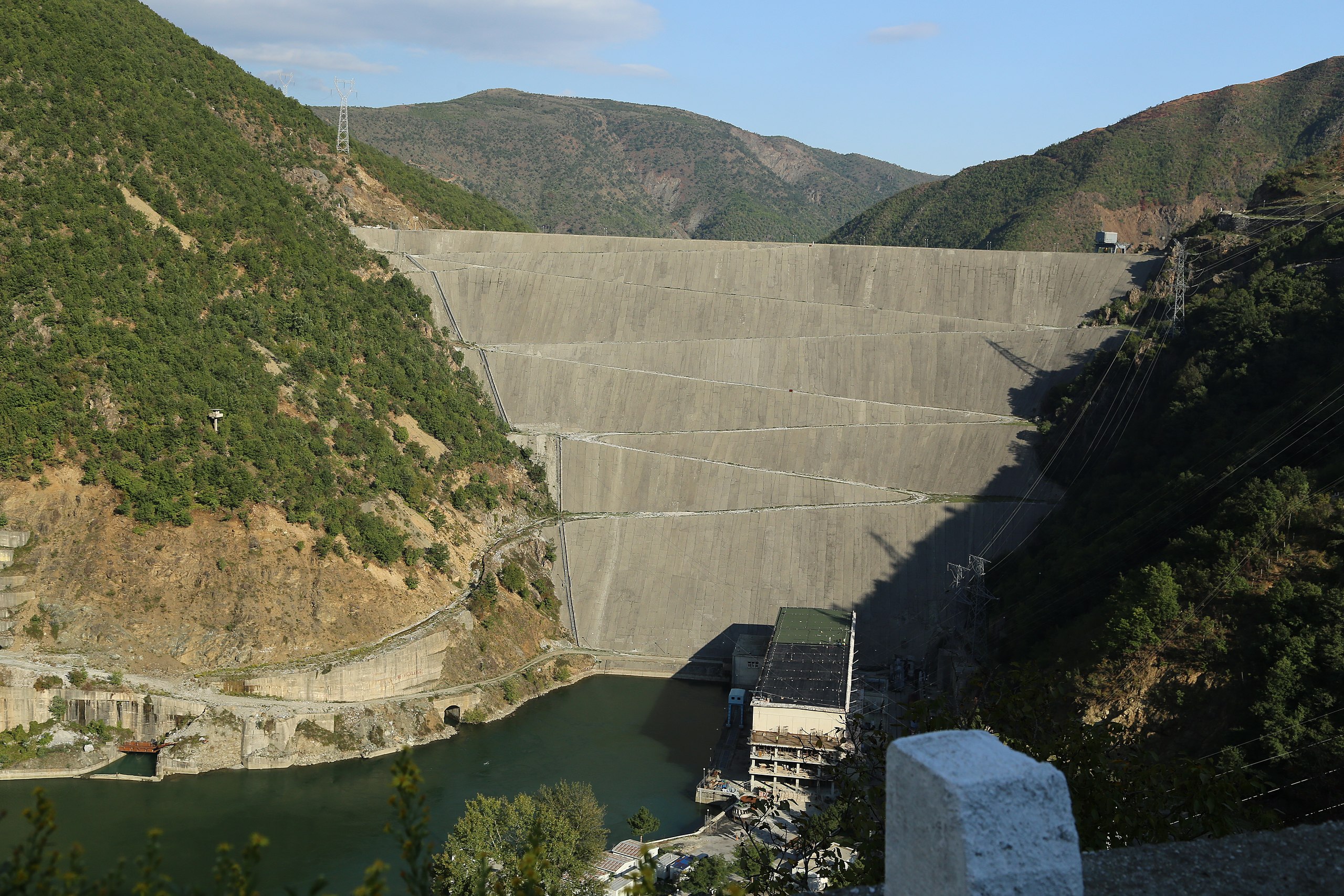 In 2020, 758 144 tons of crude oil were produced in Albania. Tirana trades oil through the State-owned Albpetrol and the largest oil producing company is Bankers’ Petroleum, which is backed by Chinese-owned companies such as the EBRD and IFC. As for gas, Albania produces it in small quantities as fuel, for the production of crude oil. The transatlantic gas pipeline passes through Albania, however Tirana does not benefit from its flow of fossil resources, due to the lack of infrastructure connections between Albania and the international gas pipeline systems. It is worth noting that a large part of the local Albanian gas pipelines is not exploited due to their obsolescence and lack of investments to rebuild them.

As for energy consumption in 2010-2020, the largest indicators came from hydropower. In 2010, they amounted to 7,567 GWh, compared to 2008, this number decreased by 985 GWh. Due to the Covid-19 pandemic, in 2020, the consumption of energy from hydropower plants amounted to 5,281 GWh. The consumption of imported energy is estimated at 2,206 GWh in 2020. In terms of crude oil, energy consumption rates were minimal and the wind energy infrastructure was 0 Gwh. Energy consumption from Photovoltaics, due to the low co-financing by the government and private sector, amounted to only a few GWh. By 2020, 21 MW solar panels have been installed in Albania. This is quite an oversight due to the ideal insolation in the region, which allows the expansion of solar panels throughout the country. This sector has great potential, and the opportunities and favorable conditions for foreign investors and private property owners would allow for the generation of cheap electricity. Since the 1990s, an increase in the share of biofuels in the Albanian energy mix has also been visible. Due to the increasing consumption of electricity in Albania, in 2022, in the first quarter, there was a sevenfold increase in the share of imported electricity in Albania, compared to 2021.

In connection with the issue of ecology and the development of renewable sources, i.e. a technology important for the economies of Western countries, at the beginning of the 20th century, Albania began to sort out the legal issues related to the national energy sector and the possibility of developing the branches of renewable energy sources in the Albanian energy mix. Until 2013, strategic documents in the field of energy in Albania were the “Albanian National Strategy of Energy” of 2003, which talked about Albania’s departure from the use of fossil fuels in the production of electricity, or rather focus on the development of renewable energy sources. According to the IEA, in the years 1990-1999 the demand for coal in Albania decreased from 26 thousand. i.e. (Terajoules) to 374. However, in the 2000s, this indicator remained at the level of 600. After the economic crisis of 2008, the demand for coal increased again. In 2010, it even reached 4.5 thousand. In the case of 2018, this number exceeded the indicator of 9.5 thousand. Ie In 2005, the Albanian Parliament adopted the Energy Efficiency Act that was intended to open the legal framework for promoting energy efficiency in Albania. Ultimately, work on the act was abandoned and the document itself did not enter into force. After five years, the “National Energy Efficiency Action Plan” for 2010-2018 was introduced, which implemented the EU directives of 2002 and 2006 regarding energy efficiency and a properly functioning energy sector. By 2018, Albania planned to achieve a 22% reduction in CO2 and GHG emissions in the housing sector. In services, these indicators were to decrease by 19%, in industry by 25%, in transport by 31% and in agriculture by 3% (all compared to the 2008 energy consumption data). According to the latest and applicable “National Energy Policy” of 2013, Albania has established seven strategic areas in the field of energy, which included: governance and institutional setting, electricity supply from the grid, electrification of rural areas, development of renewable energy sources, increasing transport and energy efficiency. The 2013 strategy is in line with the global initiative “Sustainable Energy for All” (SE4ALL). The document and initiative pursue the common goal of “Sustainable Development Goal 7” (SDG7). That is, by 2030, countries that have adopted the idealistic goal are to facilitate access to energy from renewable sources for all inhabitants of the world.

The cited documents allowed to increase Albania’s national energy efficiency indicators, and through the actions of the government, funds were mobilized for projects related to energy efficiency and the development of renewable energy sources for ordinary residents of Albania. Currently, the private sector is strongly developing this branch of the Albanian economy, although due to environmental issues, the topic of hydropower in Albania is still a matter of dispute. The demand for energy from hydropower and biomass is increasing due to the more and more common electrification of the society, but the contentious issue, ie the environmental issue in Albania, worries ecologists and international non-governmental organizations NGOs.

The above-mentioned hydropower plants, built in Albanian national parks, are built against EU law, implemented by Albania and theoretically respecting them. Such a practice should not take place, and according to Albanian activists and environmentalists, renewable energy sources in Albania, especially from hydroelectric plants in the Walbona Valley, do not provide the expected amount of energy or electricity, so they are unnecessary for the region. Large concerns profit from the power plants they produce, despite the decision of the Albanian Supreme Court to block their construction works in the national park in the Albanian Alps. The company responsible for the entire procedure has received a concession for the construction of 14 hydropower plants on the Valbona River from local government officials. Three power plants have already been completed by this port, and the remaining 11 are to be built in the coming years, despite the negative decision of the court. Environmentalists postulate that their construction should not be completed, and that the activities of companies and local authorities should be considered in terms of penalties.

The development of tourism for many years allowed Albanians to maintain their small shops and hotels. Due to the emerging hydroelectric power plants, the number of canoeists who have difficulty moving along the river is decreasing. Disrupting the operation of rivers in the region will cause the riverbeds to dry out, which in turn will reduce the access to drinking water for Albanian society. Western countries should consider China’s participation in the Albanian economy and consider the sensibility of investing in hydropower in Albania and the region. Albania has emerged as a leader in this field in the Balkans due to the ease of selling the land on the spot and the participation of the Albanian government in this matter. Over the years, a small amount of investments in gas, coal and oil infrastructure in the Albanian energy system has been visible. The resulting solar panel farms, placed on the water surface in the vicinity of hydroelectric plants, are a good sign for Albania’s future. The amount of investments, even if they are Chinese, will provide Albania with the necessary amount of electricity thanks to the implementation of zero-emission energy policy.