A Memorial out of Time?

The magnificent Iowa-Illinois Memorial Bridge is not just another historic structure. This construction, also known as the I-74 Bridge, is the oldest existing suspension bridge over the Mississippi River. Dedicated to Illinoisans and Iowans who served in the First World War, it unites not just the Quad Cities but also the citizens of both states who fought on behalf of the US and Poland. After all, the sizable contingent of young Polish-American men who ended up fighting in Haller’s Army on behalf of the Polish cause before returning stateside are commemorated by this bridge, as are locals who served under the flag of the United States.

The view from the Iowa-Illinois Memorial Bridge is a sight to behold. While this pair of suspension bridges appear to be carbon copies of one another, you would be mistaken. Decades divide the two structures. While the first roadway was constructed during the Great Depression in 1935, its twin wouldn’t be built until well after the end of World War II in 1960. An entry on the bridge at the website HistoricBridges.org neatly sums this up by writing “simply having two identical suspension bridges side by side is a unique feature. As such, an interesting place to view the bridges is in between the anchorages of the two bridges. This is a unique view that cannot be found anywhere else.”

The elegant design of the Iowa-Illinois Memorial Bridge is more than just an intriguing piece of eye candy however. It brings together the intertwined histories of Poland and the United States in another important way – namely, through the bridge’s Chief Engineer: Rudolf Modrzejewski, or Ralph Modjeski, as he was known outside of the country of his birth. With his involvement in the building of nearly 40 bridges across North America, it’s no surprise that Ralph Modjeski was hailed by the New York Times as “the world’s leading bridge builder.”

A Son of Polish Galicia


Modjeski was born in Bochnia, one of the oldest cities in the region of Lesser Poland on January 27th, 1861 – just a few months before the outbreak of the American Civil War began in April of that year with the bombardment of Fort Sumter. With Poland absent from the map of Europe and partitioned amongst three different states at this time, Bochnia was a minor settlement in the Austro-Hungarian Empire’s province of Galicia.

While industry loomed large in Bochnia at the time of Modjeski’s birth as it had since the middle of the 13th century when its well-known salt mines first began operations, this locale had seen better days as the Empire had demolished the Town Hall in addition to liquidating two abbeys after taking charge in the late 18th century. This downward trajectory in Bochnia had only recently begun to reverse shortly before Modjeski’s birth with the expansion of the Galician Railway of Archduke Charles Louis in the region and the city’s subsequent elevation as a county seat in 1867.

Austria-Hungary’s failure to create the necessary transportation networks for the development of industry and markets contributed significantly to Galicia’s rampant poverty in the 19th century. The economic situation was so dire that historian Norman Davies characterized it as possibly more severe than that of Ireland at the time, estimating that Galicia might have even been “the poorest province in Europe.” Given this background, it is quite fitting that Ralph Modjeski would spend his life connecting the North American continent, a legacy which helped cement the economic vitality of the rapidly growing United States.

From Europe to America

At the age of 15, Modjeski left the Polish lands with his mother, esteemed actress Helena Modjeska, for the United States. Helena was famous in her own right as a master of the female role in Shakespeare’s plays both in Poland and the US. A culinary legacy of Helena’s popularity are the Modjeska candies available in the Louisville, Kentucky area which still delight locals with a sweet tooth. 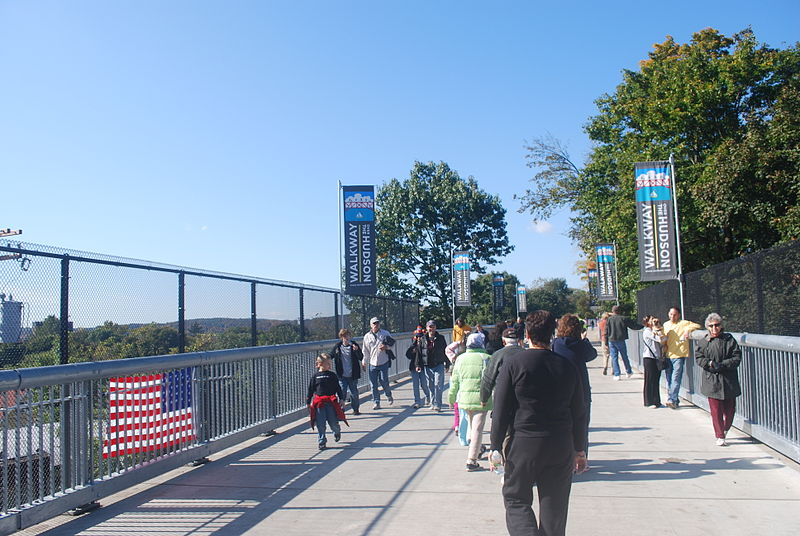 After attending school in the United States, Modjeski ultimately decided to return to Europe. He would enroll in the prestigious Ecole national des pots et chausées in France, the first institution created to educate students in civil engineering. Although Modjeski didn’t qualify the first time he applied, his persistence paid off on his second attempt and he was admitted as a student in 1881. Modjeski ultimately ended up at the top of his class when he graduated in 1885 with a degree in civil engineering.

Having acquired US citizenship while he was studying in France, Modjeski returned to the United States in 1885. The newly minted graduate would come under the tutelage of George S. Morison, a former lawyer turned civil engineer who was key to changing the path of the future Panama Canal from Nicaragua to Panama. Modjeski would continue to work for Morison in various capacities until 1892. Shortly after that, Modjeski went into private practice, opening his office in Chicago, the capital of Polish America.

Thus begins Modjeski’s career long climb into the elite of the US bridge building industry. The Thebes Bridge in Thebes Illinois, the Broadway Bridge in Portland, Oregon, the Huey P. Long Bridge in Jefferson Parish, Louisiana, and the Mears Memorial Bridge in Alaska are all examples of notable crossing structures designed by Ralph Modjeski.

Basia Myszynski, one of the producers of a documentary film on Ralph Modjeski’s work titled “Bridging Urban America” had this to say about his prodigious output in an interview with the Cosmopolitan Review: “Experiencing Modjeski’s bridges first-hand was mind-blowing… The sheer size and the complexity of the projects, the science and the skill that was needed, and the number of people required for it all was overwhelming. Erecting one such bridge is enough for the entire lifetime of an engineer. Yet Ralph designed and constructed over 40 such structures and almost all of them are still serving us.”

A Legacy Under Threat

Although Modjeski passed in 1940, his legacy endures into the present day as the firm he cofounded in 1893 along with Frank Masters continues to be a leader in the bridge services industry. That includes the new I-74 Bridge currently being built alongside the existing Iowa-Illinois Memorial Bridge. Current plans foresee the Iowa-Illinois Bridge being demolished after completion of the new bridge in 2020.

Once again, the website HistoricBridges.org candidly summarizes the situation surrounding the bridges:

“These bridges, despite their historic and aesthetic significance are slated for demolition as part of a replacement project. The main reason for replacement is that the lanes on these bridges are narrow, and there are no shoulders, undesirable for an Interstate highway. Additionally, there is a desire to add a third lane for the roadway. HistoricBridges.org does not dispute the need for additional space and capacity on the Interstate. However, it is highly disturbing that this project includes the demolition of both of these beautiful historic bridges.

At the very least, one of the two bridges should be left standing next to the new bridges for pedestrian use. This solution would provide for the needs of the freeway, while also preserving one of the beautiful historic bridges. Even this solution would be a major compromise since it would destroy the unique visuals associated with a pair of suspension bridges, however, it would be a fair compromise that would address the concerns for capacity on the freeway and the need to preserve our nation’s transportation heritage.

However, compromise has apparently been thrown out the window with this project. Even through these bridges are in structurally good condition (they are being replaced due to their narrow roadways) there is a refusal to leave one bridge standing for pedestrian use, even though it would likely be able to serve such light traffic for decades even with minimal maintenance. It is disappointing to see this lack of concern for these beautiful bridges that were built to honor the veterans of the World Wars.”

The effort to preserve the Iowa-Illinois Memorial Bridge has a successful precedent. The Poughkeepsie Railroad Bridge, also designed by Modjeski was similarly slated for demolition. Today this structure has been reborn as the most visited State Park in all of New York State. According to a 2017 update of a 2011 study, Walkway Over The Hudson, as the transformed Poughkeepsie Railroad Bridge is now called, has provided a $24 million boost to the economy of the Mid-Hudson region. The Poughkeepsie Journal reports that “In the 10 years since it was opened, the Walkway Over the Hudson State Historic Park has hosted more than five million visitors and become a global destination that showcases the natural beauty for which the region is known.”

A group of Illinois residents, including the author of this article, has recently come together to support a similar reuse of the Iowa-Illinois Memorial Bridge called “Walkway Over The Mississippi.” The group believes that preserving this bridge is an opportunity to bring a unique attraction to the Quad Cities area- the first park OVER the Mississippi River. While there are numerous creative possibilities for the bridge’s reuse, they all hinge on preventing the demolition of this historic edifice. Losing this landmark connecting Poland and the United States ultimately benefits no one.