There will be no House of Moscow in Vilnius

The construction of the so-called “House of Moscow” in Vilnius has been planned for almost 14 years. The first press reports about building such an institution in the business district of Vilnius appeared in 2004. Under the most recent decision of the city authorities, supported by the opinion of the State Security Department of Lithuania (VSD), the construction process, which has been going on for years, is to be stopped. 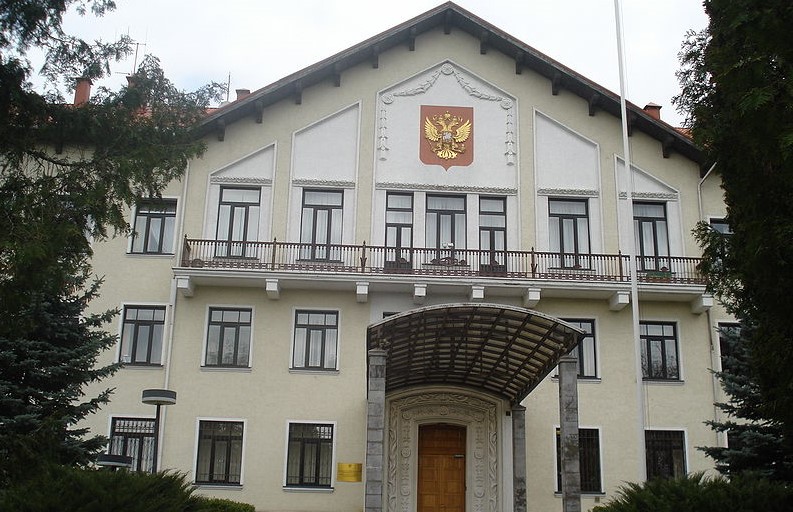 The idea of building the House of Moscow in Vilnius emerged in 2004, when the then Mayor of Moscow, Yury Luzhkov, paid an official visit to the Lithuanian capital. According to construction plans, the site for the Moscow House was chosen right next to the historical city centre, which is nowadays known as the business district of Vilnius. The would-be modern building, located at the cross streets of Juozapavičiaus and Rinktinės, was to have 9.000 square metres, including museum spaces as well as conference and exhibition halls. According to the plans, the largest hall was to accommodate up to 500 people.
Simultaneously with the construction of the House of Moscow in Vilnius, the House of Vilnius was to be built in Moscow. However, the Moscow authorities have made no progress on the matter over the last 14 years. In contrast to the situation in the Russian capital, the construction of the Moscow House in Vilnius had been going on since 2008. Nonetheless, the construction work stopped in 2016, because it turned out that one of the contractors had made a mistake, which meant that the building did not meet the norms adopted in the project. The Building Committee petitioned the court, stating that the construction built so far was 3 meters higher than the version described in the plan. The court approved the request and cancelled the building permit.
Despite being under construction for many years, the House of Moscow has been active in virtual space. It is officially registered as a public benefit organisation in Lithuania under the name “House of Moscow – the Moscow Centre for Culture and Business”. There is also an Internet website on which, until recently, information about Russian events in Lithuania has been posted.
Threat to public security
At the request of the Mayor of Vilnius, the State Security Department of Lithuania (VSD) issued an opinion on the potential political consequences for giving permission to finalise the construction of the Moscow House. The opinion of the Lithuanian services is not available for the public. However, based only on press releases, it can be concluded that the security services consider the future cultural and political activity of the Russian institution in Vilnius to be a threat to public security.
It seems that the concerns expressed by both the Mayor of Vilnius and Lithuania’s national security agency are to be fully justified, especially if one pays attention to what is going on in Riga, where the House of Moscow has been fully developed for some time now. The Latvian House of Moscow has become a front for political and cultural events organised oftentimes by a radical Russian-speaking Latvian faction. Some of the events clearly represent the so-called “Russia’s compatriot policy”, which can be defined as a type of a manipulation policy and the political use of Russian-speaking minorities for Russia’s own political purposes, financed by its government-related agencies.
The city authorities wrote an official letter to the Russian contractor which is responsible for building the House of Moscow near the Neris River. The refusal of the further implementation of the Russian project will probably put an end to the nearly 14-year epic story of the Russian cultural centre in Lithuania’s capital. The question of what will happen to the construction built so far remains open.