Warsaw Institute Special Report at Newsday and The Heritage Foundation

Ted Bromund, Senior Research Fellow in Anglo-American Relations at The Heritage Foundation, refers to Warsaw Institute Special Report in his article for the Newsday concerning the political strategy of President Vladimir Putin. 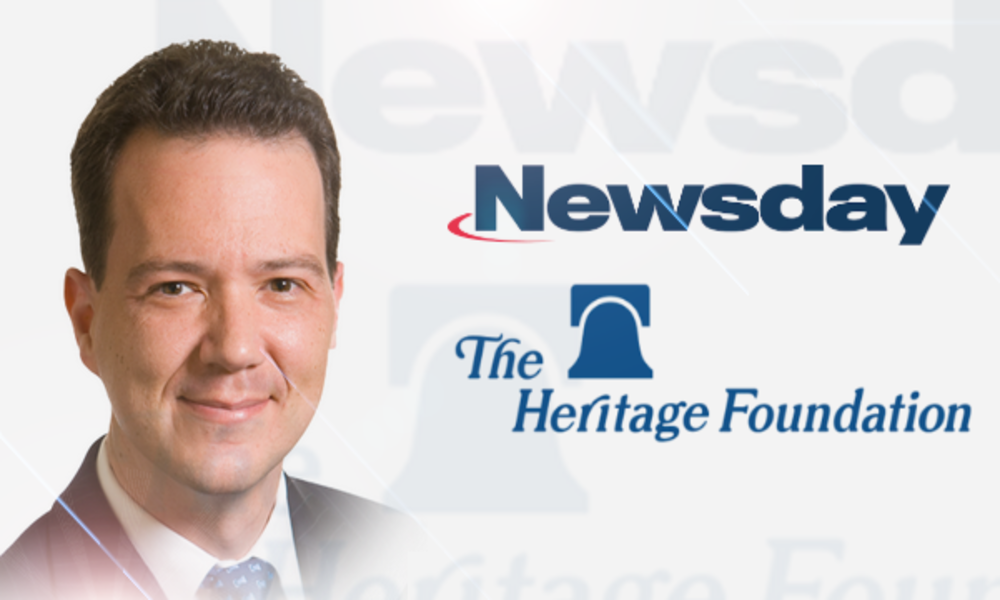 ‘’The fantasy that the destiny of nations can be settled by a meeting at the top gives reign to the darkest fears and the wildest hopes. The reality of summits is less dramatic. Summits are tools of policy, not shapers of it.

Leaders hold summits to effect existing policies. So while the outcome of the summit between President Donald Trump and Vladimir Putin matters, it matters less than the policies that brought them to the summit in the first place.

There’s no shortage of comment on Trump’s policies, but we hear a lot less about Putin’s. That’s a pity, because we can’t judge our policies without reference to what he’s doing.

A report by the Warsaw Institute draws together into a coherent strategy the threads of Putin’s actions since his so-called re-election earlier this year. The institute argues that Putin’s approach is shaped by the fact that Russia is fundamentally weak and in decline.

At times, that leads Putin to be aggressive, to seize opportunities for quick gains — as he did in Ukraine with Crimea in 2014. At other times, it leads him to talk up the need for better relations with the West, both to give him time to digest his conquests and to break down sanctions the West has imposed on him.

We are now in one of Putin’s peaceful periods. As in 2009, when the Obama administration took the bait, his dearest wish is a reset with the United States.

Indeed, presidents Bill Clinton, George W. Bush, and Barack Obama were gullible enough to fall for him. Putin hopes Trump will be as easy to fool as his predecessors. Trump’s lamentable performance in Helsinki, where he missed multiple chances to hold Putin accountable, will only embolden Moscow.

But Putin has lots of other plays. Foremost among them is Europe — and Russia has a lot to work with there. The Europeans are unhappy with the U.S. decision to quit the Iran nuclear deal. Many of them dislike U.S. sanctions on Russia and believe that appeasing Moscow is a lesser evil than confronting it.Putin recently has focused on European diplomacy, and with arguing that the United States opposes the Iran deal and a new gas pipeline that will connect Russia and Germany because, as the institute noted, the United States wants “to gain a monopoly position on the hydrocarbon market.”

So when on May 31, President of the European Council Jean-Claude Juncker called for an end to “Russia-bashing,” he voiced a sentiment shared by too many Europeans.

For all the concern about Trump’s alleged affinity for Putin, it’s Europe, not the United States, that’s more likely to come to terms with Russia. Trump’s talk toward Russia has been weak, but the administration’s policies have been tougher. By contrast, Juncker talks and walks like he’d welcome a reset.

So the reset — if it comes — will not endure. There is no basis for a broad, cooperative relationship between Putin’s Russia and the West. Putin wants a reset for tactical reasons, and if we’re foolish enough to give him one, we’ll soon find ourselves confronting new Russian aggressions.

The reason U.S. relations with Russia are bad is because of Russia, not the United States. Trump was shamefully wrong when he tweeted that the fault rests with “many years of U.S. foolishness and stupidity.” There is no greater folly than blaming anyone but Putin for Russian policy.’’

Link to the article – THE HERITAGE FOUNDATION

The article originally appeared on the Newsday