Ukrainian President Volodymyr Zelensky announced the bid for Ukraine’s accelerated accession to join NATO in response to Moscow declaring it had annexed four regions of Ukraine, or some 15 percent of the country’s territory. Ukraine’s fast-track admission into the alliance is highly unlikely, with the Russian invasion and illegal annexation complicating the matter even more. Ukraine’s joining NATO now would trigger a war between the alliance and Russia. 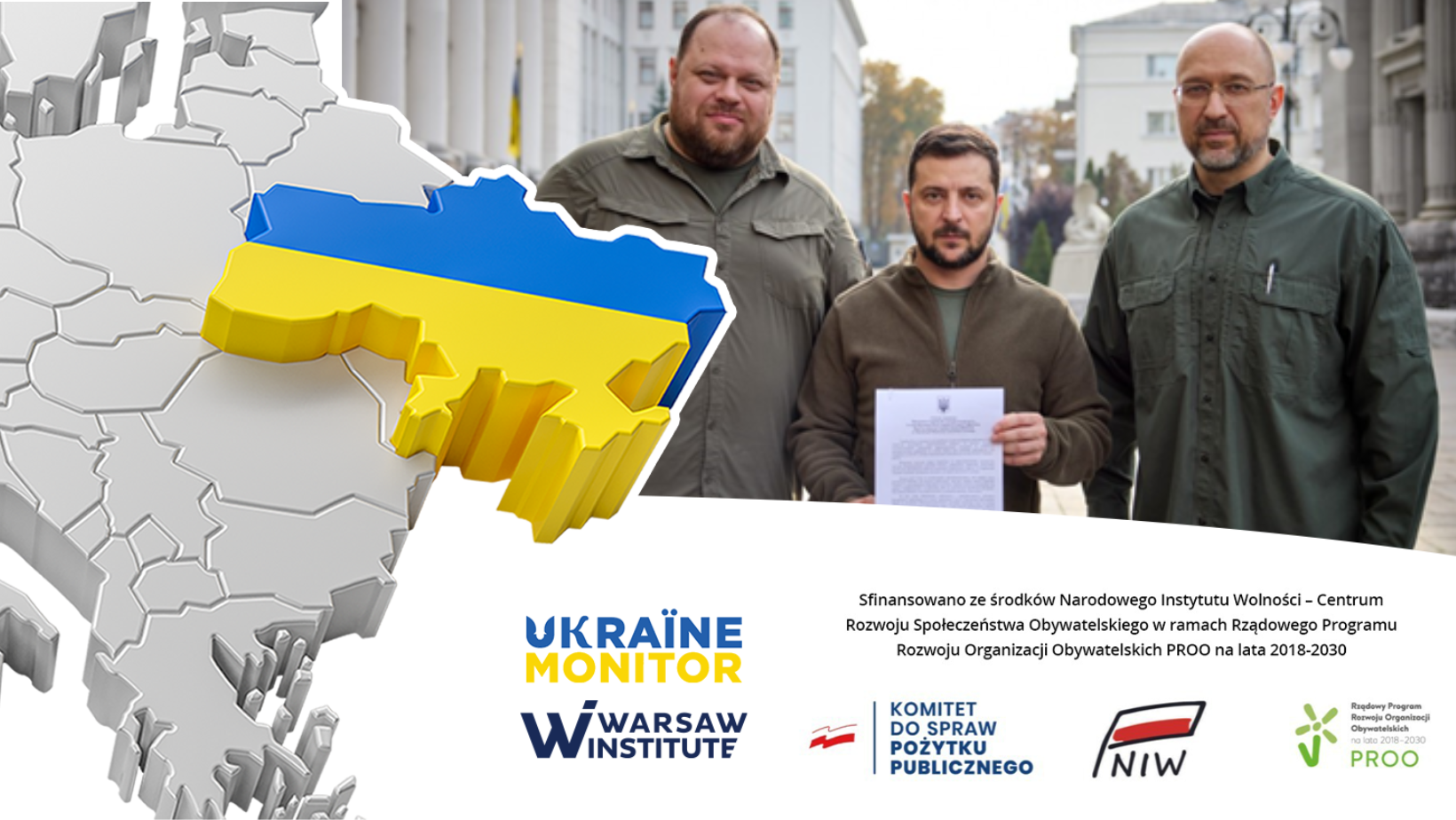 Ukrainian President Volodymyr Zelensky said that his country is applying “under an accelerated procedure” to become a member of the North Atlantic Treaty Organization. He signed Ukraine’s application together with Speaker of the Parliament Ruslan Stefanchuk and Prime Minister Denys Shmygal. “De facto,” Ukraine had already “completed our path” to NATO, Zelensky told in a speech after the meeting of the national security and defense council. “Today, Ukraine is applying to make it de jure. Under a procedure consistent with our significance for the protection of our entire community, under an accelerated procedure,” he added. The Ukrainian leader cited Sweden and Finland as examples of countries that began the process of joining NATO “without a plan of action.” Zelensky said that while Ukraine waits for consensus among NATO member states, it could be protected under draft security guarantees proposed by Kyiv and known as the Kyiv Security Compact. Estonia, Latvia, and Lithuania fully support welcoming Ukraine into NATO as soon as possible, according to Edgards Rinkeviczs, Latvia’s foreign minister. However, Jens Stoltenberg, NATO Secretary General, cautioned that any decision on membership has to be taken by all 30 members of the alliance. Washington is cautious to endorse Ukraine’s pursuit. “With regard to NATO and Ukraine, our position is and remains clear, and the same as it has been. We believe in NATO’s open-door policy. We strongly support bringing into NATO countries that seek to join and that can add to NATO’s capabilities. There’s a process for doing that and countries will continue to follow that process,” U.S. Secretary of State Antony Bliken said when asked about Ukraine’s NATO bid. U.S. Congressmen seem somewhat split on what is known as Ukraine’s NATO admission. Ukraine’s announcement that it was seeking an accelerated entry into NATO came as a surprise to the Biden administration, according to Politico. The West fears that Ukraine’s immediate entry into NATO would put the U.S. and Russia at war due to Moscow’s invasion of Ukraine as well as its forced annexations.