For years Russia has been the biggest foreign investor in Iraqi Kurdistan. Of all the country’s majors, state-run oil giant Rosneft has been most active, serving a comparable role to that in Venezuela. It offers loan guarantees to the local authorities, thus representing the interests of the Russian state. Like before, some of Rosneft’s deals are murky and perhaps have more in common with politics than business. 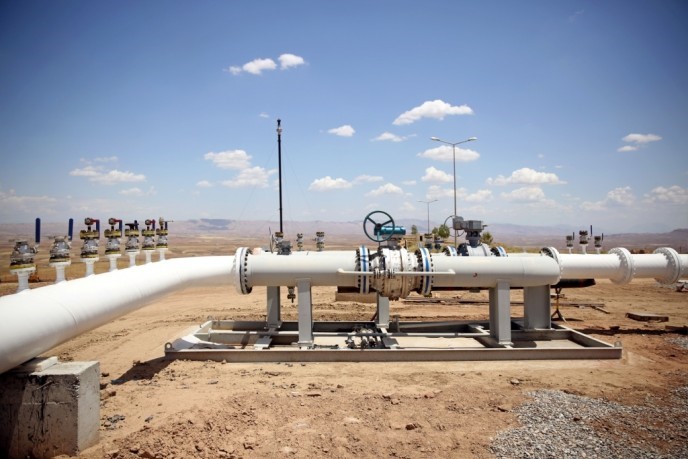 Rosneft was first reported to have been in partnership with the government of Iraqi Kurdistan back in 2017. Between 2017 and 2018, Rosneft advanced $3.2 billion to the Kurds in exchange for future oil deliveries. Of this, $1.2 billion covered the region’s budget deficit. In early 2019, Rosneft agreed to convert $1.8 billion of its advances into a 60 percent stake in the oil pipeline that provides the only route for the company to export the region’s oil. Rosneft said it would own 60 percent of the pipeline, with current operator Iraq’s KAR Group retaining 40 percent. It was only later that Iraqi Kurdistan’s debt to Rosneft grew by another $1 billion. Russia’s state oil company Rosneft has reportedly paid $250 million by the Russian oil company’s Swiss subsidiary, Rosneft Trading SA, to a mystery consultant to help secure deals in Iraqi Kurdistan. Rosneft Trading signed an agreement with the unnamed consultant back in 2017. The latter’s aid pertained to “advisory services relating to Rosneft’s proposed concession agreement and production sharing contracts with the Kurdistan Regional Government of Iraq.” The amount of $250 million, first reported by Bloomberg, is large by the standards of financial advisory contracts, though its size was relative to the value of Rosneft’s deals in Kurdistan. To date, Morgan Stanley scooped a whopping $120 million for its advisory services in the $66 billion takeover of U.S. seeds company Monsanto by German drug and crop chemical maker Bayer.

The mystery consultant got the money to evaluate exploration assets in the region. Bur political lobbying in Erbil and Baghdad is even more vital here. Iraqi Kurds are often at loggerheads with the Iraqi government over control of oil assets. Rosneft’s Iraqi assets are controlled by Singaporean subsidiary, RN Middle East Pte Ltd, created in 2018 by Rosneft as a holding company for its investments in Kurdistan. Rosneft and Russia need to be extremely cautious while in Kurdistan as the Baghdad government takes a dim view of any oil deals between the Kurdistan Regional Government and foreign investors. But when the Kurds lost the city of Kirkuk after a failed independence attempt in 2017, Putin made a tilt towards Baghdad’s deal with Tehran and Ankara to secure Moscow’s interests in Kurdistan. Iraq, in turn, seeks to avoid a clash with Russia as the latter does business there and is a crucial ally of Iran.