Russia strengthens its forces on the Baltic Sea

Increase in the military capability of Kaliningrad Oblast and The Baltic Fleet is a part of strategy aiming at reinforcing the western flank of Russia. Enhancement of the missile weapons killing power located in Kaliningrad exclave, reconstruction of air forces in that region or strengthening the offensive possibilities on the sea through increasing the number of submarines are targeted at the main enemy: NATO. Kaliningrad Oblast is to become the same thing as Crimea on the Black Sea: a Russian “onshore aircraft carrier” packed with weapons. 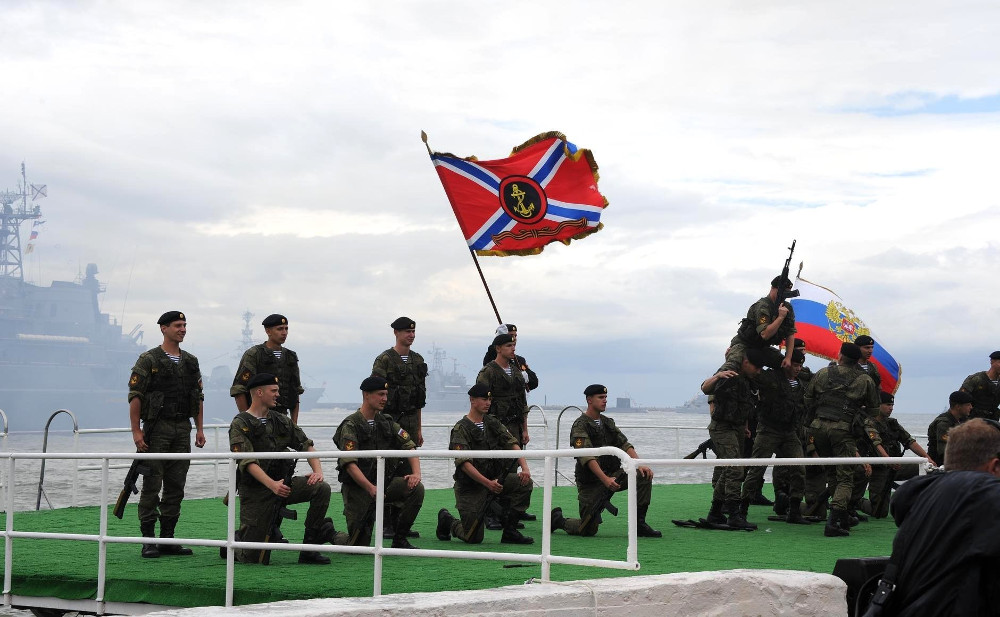 After the collapse of the Soviet Union, Kaliningrad Oblast has gained an incomparably more important strategic value than in the times of the Cold War. Not only is it the westernmost Russian territory, but it also drastically changes the strategic situation on the Baltic Sea as it is located at the back of three Baltic countries and can play an important role in cutting off the eastern part of the Baltic in case of the conflict with NATO. Russian exclave borders on land with two members of the alliance: Lithuania and Poland.

It is also connected with the nearby Swedish Gotland and Belarus by sea and air routes. The exact number of soldiers stationed in the Kaliningrad Oblast is unknown, but it is estimated at 15-20 thousand. The Russian themselves call the exclave “Crimea-2”. But Kaliningrad Oblast is still much more militarised than the occupied peninsula. By means of Voronezh radar and missile systems S-300 and S-400 the Russian are able to paralyse not only the airspace of Lithuania, but also major parts of Latvia and Poland. A couple of years ago Gen. Ben Hodges warned, that thanks to powers placed in the Kaliningrad Oblast Russia could “enclose” the Baltic Sea, especially with the aid of missile power but also with air and naval forces.

Headquarters of the Finnish fleet anticipate the increase in the number of Russian submarines on the Baltic Sea. Currently, there are only two such units: Project 877 submarines stationed in Baltiysk (Kaliningrad Oblast). Submarines can play an important role in case of military conflict by attacking sea lines of communication between Baltic countries and western NATO allies and Scandinavia. Air forces in the Kaliningrad Oblast may be used in the similar way. It is unofficially reported, that in the Kaliningrad Chkalovsk military base the 689th Guards Fighter Aviation Corps would be reconstructed. Firstly, the unit would be equipped with the modernised Su-27SM fighter aircraft, and then with the latest Su-35. Even though the main and official purpose of the unit is the defence of the Oblast and The Baltic Fleet, arming of the aircraft will allow for attacking the navy and land forces of NATO. It is important to mention, that deployment of the Kaliningrad regiment may imply the Russian withdrawal from the plans of constructing an airbase in Belarus.