Moscow is currently doing its utmost to prevent the Venezuelan leftist regime from collapsing as such a situation would eventually deprive the Kremlin of its key ally in the confrontation with the United States in the western hemisphere. Russia has long subsidized poor Venezuela’s declining economy, mostly by encouraging investments and granting oil-backed loans by the state-owned giant Rosneft. Russian economic entities are thus used to circumvent U.S. sanctions while carrying out financial operations. 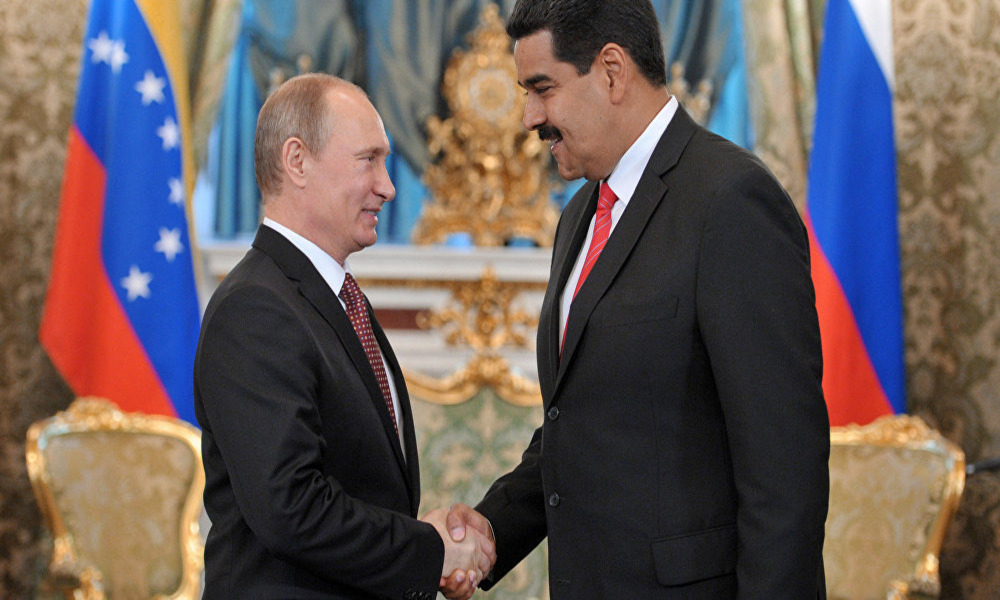 In early November the United States imposed a new set of sanctions against Venezuela while U.S. National Security Advisor John Bolton announced that the Trump administration could “no longer appease dictators and despots near our shores in this hemisphere.” The presidential administration decided to prohibit American citizens from trading in Venezuelan gold. According to U.S. government representatives, Nicolas Maduro illegally exported 21 metric tons of gold to Turkey to work around previous restrictions and support the state’s devastated economy. The U.S. decision has seriously hit the already crisis-plunged Venezuelan economy while Russia uses its best efforts to support the Maduro regime. Nonetheless, it has already pumped great amounts of money into the Venezuelan economic system. Rosneft announced in August this year that Venezuela owes the company a total of 3.6 billion dollars. And yet the Russians keep supporting the Venezuelans, mainly by restructuring and redeeming the existing debts and granting loans to subsidize the state’s economy. Moscow’s aid takes also other forms. This fall, Russian delegation, including Deputy Finance Minister Sergey Storchak, paid a visit to Caracas where it met with local officials to discuss strategies to manage the economy in the current financial crisis.

Evrofinance Mosnarbank, an almost anonymous Moscow-registered state-run bank, turned out to play a key role in Maduro’s efforts to work around U.S. restrictions. The institution, jointly owned by Russia and Venezuela, has not been covered by American sanctions while the Maduro government pointed it out as an alternative to handling external payments. Venezuelan officials order local banks and firm to forward international transactions through Evrofinance Mosnarbank. The financial institution was founded at the end of Chavez’s regime. Venezuela’s central bank recommended local banks to open current accounts in Evrofinance so as to exchange Venezuelan bolivars into euro, Chinese yuan, and other currencies, except for U.S. dollars. In 2011, Chavez managed to take advantage of the bull market, induced by high oil prices and purchased a 49.9 percent of the Moscow bank’s shares. Initially perceived as the major source of financing for joint oil and infrastructure projects, Evrofinance Mosnarbank was granted a local banking license in Venezuela, opened an office in Caracas and even advised on issuing bonds worth a total of over 3 billion dollars. The remaining 50.1 percent of the stakes are split between Russian state-owned banks Gazprombank and VTB Bank as well as some private entities controlled probably by members of Putin’s inner circle, among which ITC Consultants of Cyprus and New Financial Technologies LLC can be distinguished respectively. Evrofinance Mosnarbank can hardly come as a key player in the Russian banking sector. As at September 1, 2018, its assets amounted to 57.8 billion roubles (881 million dollars) or less than 0.1 percent of all assets of the Russian banking sector.