Romania to Reach 2% of GDP Spending on Defense

Last years, Romania’s expenditures on defense faced a continuous growth. The need of modernization and borders security looks to have taken national defense commitments to the level agreed by NATO allies: 2% of GDP. Government’s decision to extend military spending made Romania to become the sixth NATO member to meet GDP defense spending commitment , on the same side with US, Greece, Britain, Estonia and Poland. Based on a 10 years procurement plan, Romanian army should be equipped, till 2026, with new aircrafts, armored vehicles and new missile systems. What’s next? 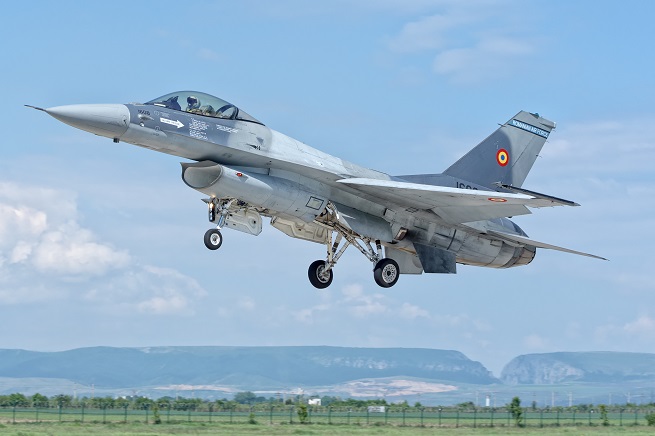 Bucharest, May 2017. 8 defense programs were approved by the Defense Committees of the Romanian Parliament, involving Romania to a total cost of 9.3 billion euro expenditures for the next 10 years, meant to improve country’s defense capabilities. The most expensive program is supposed to be the one referring to missile acquisition, recently confirmed by the Romanian authorities who agreed upon buying Patriot systems. During a press conference held in Ploiesti yesterday, Romanian President Klaus Iohannis confirmed that he will sign, till the 1st of December, the decree recently approved by the Parliament, which will allow the Romanian state to pay the first 910 million dollars for the American defense system.
The next acquisition program should involve 4 battleships which will enter in the service of the Romanian Naval Forces, with an estimated budget of 1.6 billion. Another 1.3 billion dollars were allocated for short and medium range missiles and another 690 million for 54 long missiles launching facilities. Based on the same plan, Romanian Land Forces will be equipped with more than 650 8x8 and 4x4 armored vehicles, with the first phase involving the acquisition of 100 Piranha vehicles, with a value of 400 million. Armored carriers could be manufactured in Romania by a Romanian-German consortium, with the production starting next year at Moreni.
In less than one year since the initial announcement of the new spending program, more countries submitted their offers to the Romanian authorities. The USA, France, Germany and the Netherlands seem to be already aligned at the start line, with big chances of supplying defense systems and new military technology to the Romanian army. The recent visit of the French President Emmanuel Macron also focused on the issue of the endowment of the Romanian Armed Forces. France wants to deliver short-range missiles, and, more important, helicopters, manufactured at Ghimbav. Initial talks were taking in consideration the H215M model. However, the French involvement in this process requires the Romanian to order 50 devices for the next 10 years.
In 2013, Romanian authorities concluded a F-16 Fighting Falcon acquisition contract, which brought 12 aircrafts in the service of the Romanian Army. Seen as one of the most important step in terms of defense, the program will continue with new purchases, mainly focused on enlarging national defense capacities. Romania hosts a U.S. ballistic missile defense station (in Deveselu) and after joining NATO in 2004, deployed troops and experts in Iraq and Afghanistan.