Romania as the first destination of the Moldovan PM

Maia Sandu, on July 2, took her first foreign trip as the Prime Minister of Moldova to Bucharest. The Romanian President Klaus Iohannis stated that this visit was of symbolic significance for the Romanian-Moldovan relations. Moldovan PM thanked the Romanian government and society for selfless support for the European aspirations of Moldova. At the government level, talks with the PM of Romania Viorica Dancila concerned the economic cooperation, with particular focus on the end of the Unghen – Jassy gas transmission system which aims to include Moldova into the European gas network and to partial independence of Chișinău from Russian supplies. 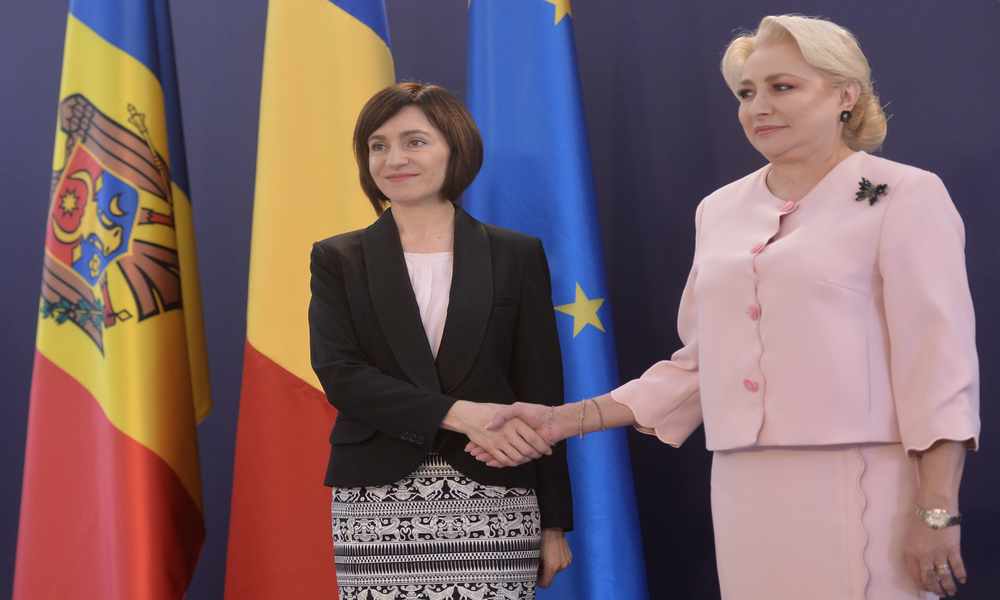 Romanian-Moldovan relations are a key factor in Chișinău’s European integration. Bucharest is the main spokesman of Moldova in the European arena. Each government of Moldova engaged in international politics focused on the integration with the EU was having an active dialogue with Romania. However, relations between Romania and Moldova are not without controversy. Russian-speaking residents of Moldova are afraid of the domination of the Romanian culture in the socio-political sphere of Moldova. In the 1990s, the political dialogue was dominated by the project regarding the incorporation of Moldova into the Republic of Romania. The process was stopped by the failure of the project, by the attempt of Moldovans to built their own identity and by the victory of the Party of Communists of the Republic of Moldova in 2000.

The political dialogue between Moldova and Romania intensified when Romania joined the EU in 2007 and when the European coalition came to power in 2009. As the European project is not supported by the coalition member, Party of Socialists of the Republic of Moldova, the Prime Minister needs the international support to maintain Moldova within the EU influences. The visit to Bucharest and the subsequent visit to Berlin aim to gain support for the European integration of Moldova. The backing of Romania for Moldova in the European project seems not to be threatened. Bucharest as the member of the Union can lobby for the integration of Moldova both at the intergovernmental and community levels by its representatives in the Commission or European Parliament.