On August 21, the President of Russia made an official visit to Helsinki. Its course confirms that the current Finnish authorities may well be counted among European countries advocating for a reset of relations with Moscow. It is particularly striking that President of Finland Sauli Niinistö and Vladimir Putin spoke almost in unison on the issue of medium-range cruise missiles, which have lately become one of the main problems in Russian-U.S. relations. 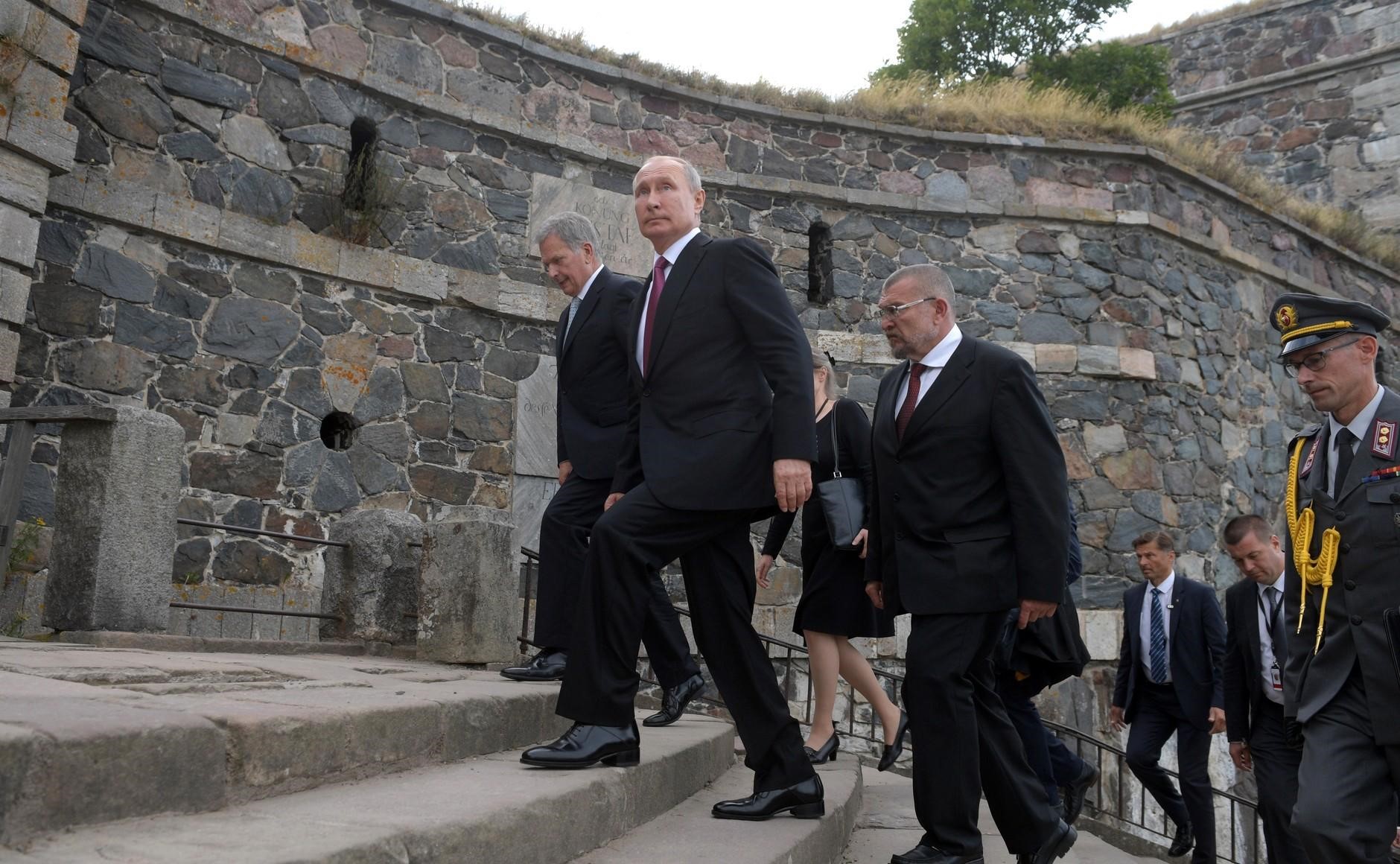 Despite anti-Putin pickets, Putin’s visit to Finland was held in a very warm atmosphere. The Russian president was two hours late for his meeting with Niinistö, however, the host received him in a very friendly manner. The two even had dinner at the historical Suomenlinna sea fortress. Vladimir Putin said that during his visit to Helsinki he talked with Finland’s president about the issue of strategic stability in the world. A discussion on ensuring security in the Baltic Sea region is said to be a vital part of the conversation between the leaders. Putin also talked about the Nord Stream 2 gas pipeline. He informed that on the very day of his visit the pipeline installation works in Finland’s exclusive economic zone have been completed. The Russian head of state thanked the Finnish authorities for taking the “pragmatic” approach to the Nord Stream 2 project. The host’s words were no less optimistic. Niinistö assured that there are no specific problems in Finnish-Russian relations and highlighted the importance of maintaining open discussion channels.

However, contrary to expectations, the bilateral relations were not the main topic of the conference. Special attention was given to one of the current major international security problems. Two days earlier, the Pentagon informed that there was a test firing of a conventionally configured ground-launched cruise missile that hit its intended target after covering a distance of over 500 kilometres. This was the first such a trial since the USA officially withdrew from the INF treaty. Putin expressed his disappointment over the U.S. missile test. He announced that Russia will work on the development of short-range and medium-range cruise missiles, but it will not deploy them until the United States does. It seems as if Putin is trying to put out into the world the official Russian version, however false it may be. As a matter of fact, the Russians have had medium-range cruise missiles for quite some time and they have recently started deploying them in the European part of their country. Although the issue is well-known – it was the main reason why the USA withdrew from the INF treaty – Niinistö fitted perfectly in the Kremlin’s narrative. He voiced his concern over the American missile test. Sauli Niinistö also said that the U.S. plans for the deployment of medium-range missiles in Europe are “unsettling” and called for dialogue on the issue. It turns out that this is all part of Russia’s disinformation campaign, because neither the USA nor NATO said a word about deploying medium-range missiles in Europe.