Vladimir Putin’s recent decision constitutes yet another example of special treatment given to a state-owned oil giant Rosneft. The President has signed a bill that will make it possible to Sechin’s company to handle its dollar profits and invest money outside the country. Of course, the legal act did not specify the firm’s name; nonetheless, the regulations were adopted in such a way that would concern exclusively one entity. And any steps that act to the benefit of Sechin’s enterprise may appear unfavorable to Russia’s economy as well as the country’s citizens. 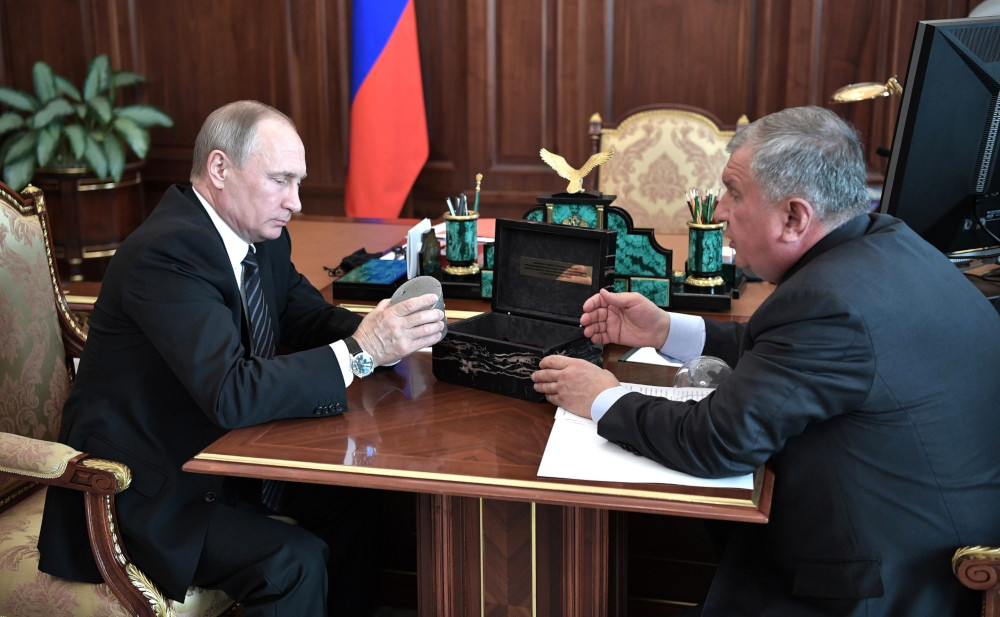 President Vladimir Putin signed a law that could seriously affect the economic situation in Russia. It is all about the legislation which favors considerable hydrocarbons exports while jeopardizing the stability of Russia’s rouble exchange rate. The Russian leader abolished the requirement for Western-sanctioned entities to transfer their foreign currency profits to the country; the provision had been introduced a few years earlier due to a rapid decline in rouble’s value. At the end of 2014, the Russian government obliged exporters to put any foreign sales revenues on Russian banks’ accounts. The main aim was to stop the sharp fall in rouble’s value by saturating the domestic market with hard currency. President Putin urged large companies to sell their dollars in the country. At that time, a decree to “repatriate currency” affected Russia’s five big companies: Rosneft, Gazprom, Zarubezhneft, Alrosa and Kristall. Today, only Rosneft faces some economic restrictions, which clearly means that the new legislation has been introduced exclusively for this corporation.

The recent change in regulations may help Sechin’s company; due to sanctions, the concern is neither able to take out long-term loans in Western financial institutions not purchase foreign equipment. Still, the decision has some serious negative consequences: if Rosneft has intention of making some profits abroad, such state of matters may lead to an increase in foreign currency deficit in the domestic market. According to various estimations, the total amount may vary from 26 billion dollars to even 64 billion dollars. Most of Rosneft’s profits – as the company is Russia’s largest oil firm to exports huge quantities of the resource – are counted in U.S. dollars. So if the concern makes a decision to no longer invest its foreign currency incomes in Russian banks, the rouble to dollar exchange rate will only strengthen. In the view of some analysts, the dollar may be worth up to even 70 roubles in the course of a year. There is no doubt that such dramatic change will affect personal finances of  many Russia’s citizens.