Problems with the Turkish Stream project

There are black clouds over one of Gazprom’s flagship projects, which has three main goals. The Turkish Stream may enable the resignation of the transit of Russian gas through Europe, increase gas exports to Europe as well as it may make it possible to transfer public funds to companies that belong to businessmen from Putin’s circle. However, it turns out that it is problematic to plan the gas pipeline infrastructure and, more importantly, to finance the entire project. 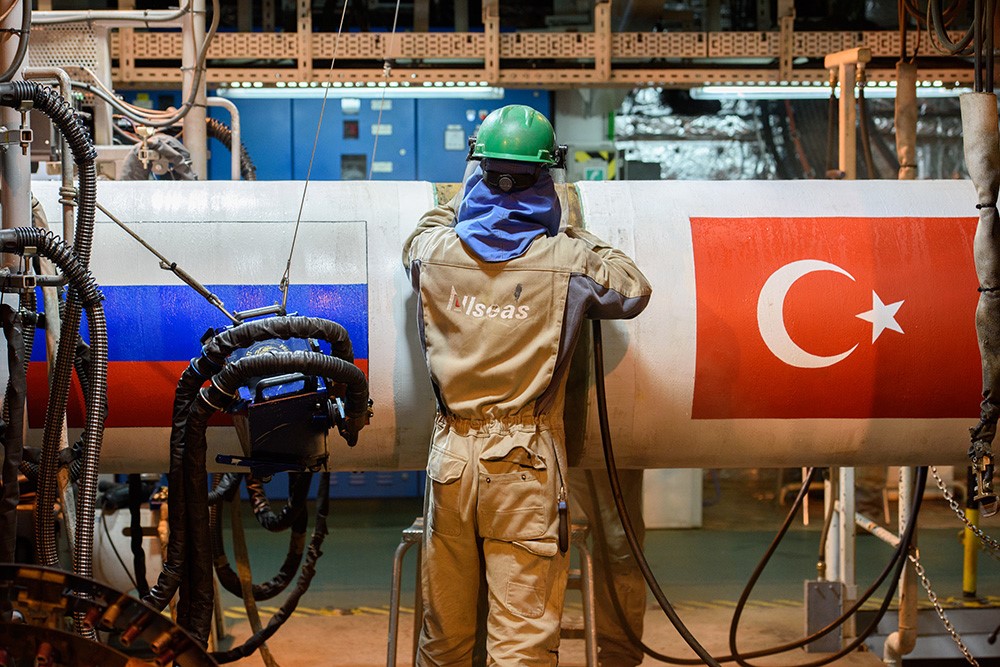 The Turkish Stream project envisages the construction of a gas pipeline that would cross the Black Sea bed and go along till the European part of Turkey. The pipeline stipulates laying two stretches with a capacity of 7.75 billion cubic a year each. The former is supposed to supply raw material for Turkish recipients whereas the latter should go further to the Balkans. On May 2017, Gazprom began construction of the Turkish section of the Turkish Stream pipeline in the Russian Black Sea coast; in addition, the company announced its completion in 2019. In June 2017, Gazprom Deputy Chief Executive Andrei Kruglov declared that the company had already begun talks on financing the project, both with Russian and foreign banks. Incidentally, in August 2017, the United State introduced new sanctions against Russia, which give the president the right to sanction entities that once invested at least 1 billion dollars in the construction of Russian export pipelines or provided equipment, technologies or services for these purposes. As a result, Gazprom finds it difficult to get any external financing. According to Kruglov, the gas pipeline will probably be financed from the Gazprom budget. Moreover, the project cost increased from 6 to 7 billion dollars. It basically means that subcontractors (companies that belong to businessmen associated with Putin) will get more money. All expenses will have to be paid by Russia’s state-owned Gazprom; however, the company has not made any profits in the last quarters. All funds are spent on such large projects as Turkish Stream, Power of Siberia, Nord Stream 2 or Sakhalin-Khabarovsk-Vladivostok gas transmission system. From the economic point of view, the Turkish Stream project does not make any sense whereas Gazprom is expected to be a cash cow for subcontractors in this project; hence, the increase in the value of individual parts of the project. The fact that Gazprom will be the only company to finance the Turkish Stream, and, at the same time, to build Nord Stream 2 and Power of Siberia, has already resulted in a record increase in investment funds. And in the next two years, Gazprom will have to pay debts with a total value of over 20 billion dollars.

Nonetheless, even if the seabed part of the gas pipeline is almost half-located, Ankara still has not agreed for a land stretch for European consumers. Interestingly, the Turks want the Russian to be provided a discount on gas; instead, they declare their eagerness to transit raw material to Europe by the second stretch. There is no guarantee that second stretch will by operational in 2019. There is no such infrastructure through which Europe could possibly accept the gas. Location of the second stretch has not been determined yet; although it is said to begin either on the Turkish-Bulgarian or Turkish-Greek border. In addition, the competition never sleeps. Azerbaijan’s state oil company SOCAR has announced that first gas supplies from the Shah Deniz gas field will be delivered to Europe through the Southern Gas Corridor as it had been previously planned, i.e. in 2020. The gas delivery to Turkey via the Trans-Anatolian Natural Gas Pipeline (TANAP) will start in July this year.