The Romanian National Education Day is celebrated on 5th October. Every year, many critical opinions about the national system of education are voiced on this day. Recently, Simion Hăncescu, President of the Federation of Free Trade Unions in Education (Romanian: Federaţia Sindicatelor Libere din Învăţământ; FSLI for short), has written a letter for the www.news.ro website, in which he claims that education is no longer a national priority and it is currently being destroyed by various means. Is the situation really that bad? 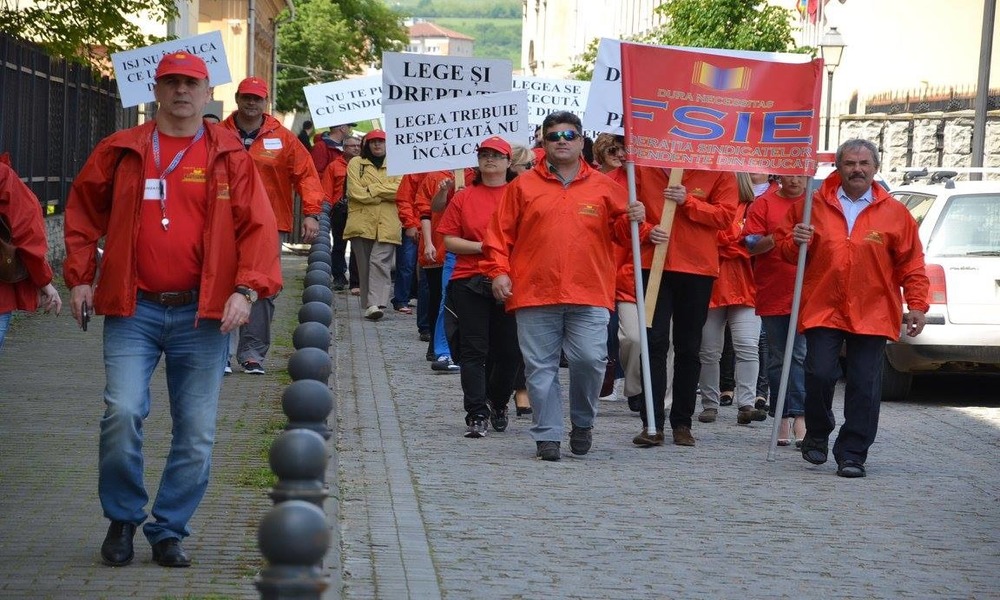 The Head of FSLI even argues that the Romanian school has become merely a symbol. He observes that Romania is the only country in the European Union where teachers are not required to hold a specialisation studies degree, educational institutions are not provided with the Internet connection and computers, and there is no access to modern methods of teaching. This is not the end of the critique. Simion Hăncescu also points out that students learn in overcrowded classrooms, where out-dated teaching programmes, which are not adjusted to the labour market, are still being implemented. According to Hăncescu, the entire Romanian education system is heavily affected by the chronic lack of financial support, which is becoming more and more noticeable every year.

Furthermore, Simion Hăncescu accuses the Ministry of Education of budget cuts, which have resulted in more than 4,500 teachers losing their jobs. Meanwhile, there is an apparent shortage of teachers in schools. Hăncescu concludes that after 100 years [Romania celebrates the 100th anniversary of the Great Union Day this year – Ed.] Romanians should start to implement the concept of social responsibility, which assumes that the common good is the most important thing. Is the Romanian system of education actually dealing with such problems?

At least some of the problems mentioned by the FSLI President are being solved. Teacher pay has increased since 1st March this year. The pay rise is not low; in fact, the increase is on average by 20%. For example, high school teachers have until now had a base pay of 4,935 lei. After the changes, their earnings increased to 5,922 lei. Slightly lower pay rises were given to teachers of lower-level students. As for beginning teachers, the changes were almost imperceptible. However, the increase in funding for the increase in pay is noticeable (in the entire public sector, the increase was 24% and the minimum wage rate increased by 37.9%).

The Romanian government is also trying to incorporate more technological innovations in schools. The amount of 210 million lei will be spent to make a Wi-Fi network generally accessible to 4,500 public schools in the next three years. The aim of the programme is to provide both students and teachers with the Internet connection. It is estimated that once the network is activated, the number of teachers using the Internet will increase by 15%. The system is to start working in less than three years. Only then, it will be possible to determine whether or not the goal has been achieved.

It is difficult to assess the state of Romanian education. On the one hand, many experts confirm that it requires major reforms – both in terms of school organisation and teaching programmes. One the other hand, one only needs to take a look at statistics to see that changes are happening. Right after the revolution in 1989, there were about 30,000 schools in Romania. In 2013, the number of schools decreased to 7,200. Currently, there are approximately 4,500 public educational institutions in the entire country. The number has been systematically reduced due to the costs of maintaining smaller schools and the amount of bureaucracy.