An environmental NGO Greenpeace has recently drawn attention to damages made to Russia’s natural environment due to the disastrous state of the country’s pipelines. The main defendant, Russia’s oil giant Rosneft, has accused Greenpeace of performing actions ordered by other entities. The organization has long been under Russia’s scrutiny. Nonetheless, their findings have been recently confirmed by official data issued by state institutions. Thanks to the current Russian law and, more importantly, political connections, the Sechin-ruled group, as well as other oil companies, managed to avoid any punishment. And they have no intention to change their approach to the problem. 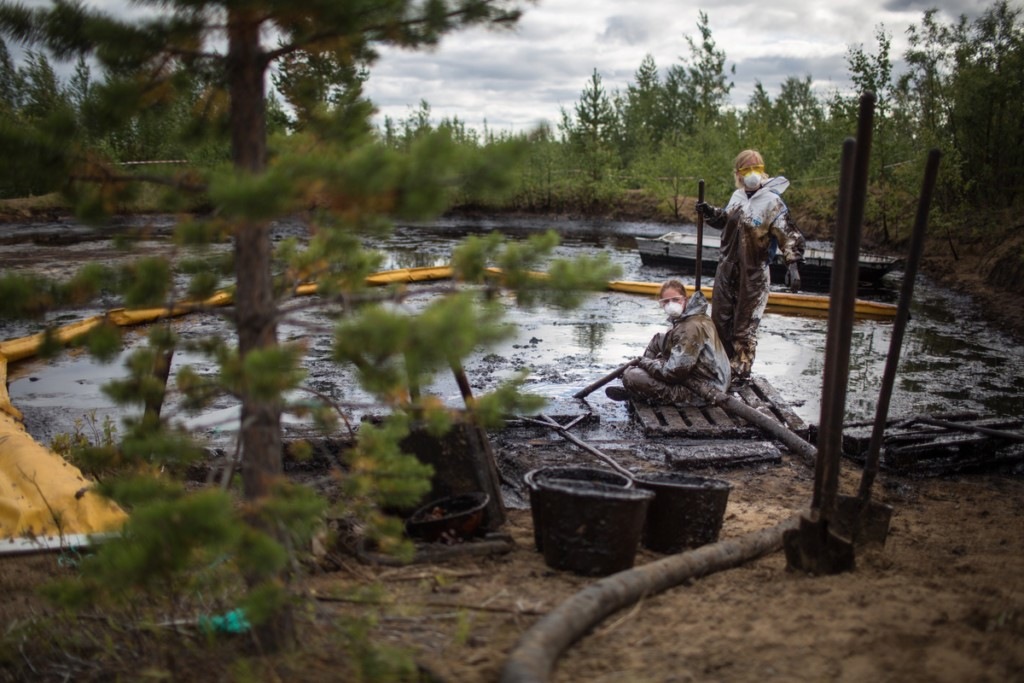 According to Russia’s Ministry of Natural Resources and Environment, about 1.5 million tons of oil pour into the ecosystem each year as a result of various failures in mining and transport systems. Similarly, the Federal Service for Supervision of Use of Natural Resources (Rosprirodnadzor) reported that there had been 3,496 Rosneft oil pipelines incidents that happened only in Khanty-Mansi Autonomous Okrug in 2017. It is said that the oil leaked to the area of 3,500 hectares. In the same period, there occurred 29 technical failures of Lukoil and only 5 in the case of Surgutneftegas. Rosneft accounts for over half of the total oil extraction in Russia.

The network of industrial oil pipelines in Russia is estimated at hundreds of thousands of kilometers. In great majority of cases, leaks are caused due to old and rusted pipes. The Russian branch of Greenpeace believes that the wear level of oil pipelines in Russia amounts to 50-70 percent. Rosneft explains such state of affairs with the terrible condition of the infrastructure that dates back to the Soviet as well as Yeltsin times. Greenpeace claims that Rosneft shall allocate 200 billion roubles more for exchanging pipelines each year. Even though, the company ruled by Igor Sechin, a businessman who belongs to Putin’s inner circle, has no intention to spend any funds on environmental protection while the state’s policy seems to foster such state of matters. In the light of the current regulations, the company does not have to pay for any oil that remains in the environment. However, financial penalties for such leaks are rather symbolic; thus, they do not force companies to modernize their pipelines. And fines constitute a total of about 10 billion roubles a year; it is ten times less than the potential cost of modernization. Rosneft’s controlling interests belongs to the Russian state holding company Rosneftegaz. Rosneft is one of the leaders in global oil extraction. In 2017, it was the third Russian company in terms of its profit. The company’s CEO and Chairman of the Management Board is Igor Sechin. The Board of Directors of Rosneft is headed by former German Chancellor Gerhard Schroeder while the post of the Deputy Chairman of the Board of Directors of Rosneft has been assumed by Matthias Warning, a former Stasi agent.