The international constellation formed after the West’s victory in the Cold War is being inevitably eradicated, and the three pillars that originally constituted it have already been eroded – namely the American-German “partnership in leadership,” the German-French directorate of powers in the European Union, as well as neoliberal dogma. 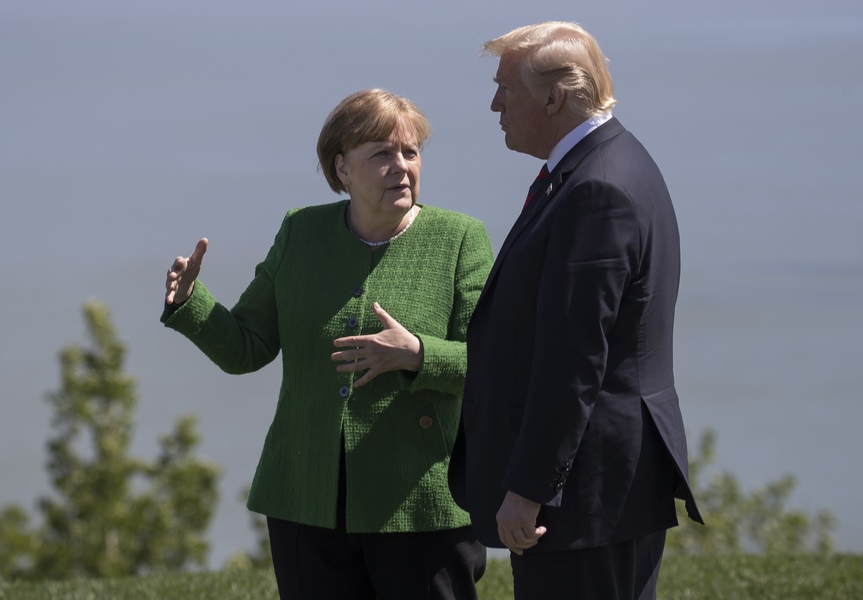 The new system will be more anarchic as there will be no hegemonic or quasi-hegemonic power in Europe and centralist, homogenizing tendencies in European politics will become weaker and weaker. Thus, the ever-increasing diversification of the various regions will inevitably take place – the interests of which will contribute to a greater extent to the shape of continental politics.

The End of the Washington-Berlin Axis

Close cooperation between the USA and Germany was of crucial importance for the European order established at the beginning of the 1990s. American politicians, aware of the depletion of their hegemonic resources, decided to bet on the Germans to be their younger “partner in leadership”, who would take primary responsibility for the continent’s affairs.

The disintegration of the “partnership in leadership” principle that is happening before our very eyes cannot only be explained by Donald Trump’s antipathy to Angela Merkel; in fact, it has rather more serious and tangible consequences. Over the last quarter of a century, Germany has failed to become the continent’s quasi-hegemon of America’s choosing. Twenty-five years ago, the Americans overestimated Germany’s potential, as too did Germany. Today, the understanding of this fact from both sides of the Atlantic has led to the dissolution of the “leadership partnership” project.

This failure is also one of the main reasons why Americans are becoming less and less interested in Europe, an attitude similarly harbored by Europeans towards the presence of the USA on the Old Continent. As far as the United States is concerned, China, a competitor on the other side of the Pacific, is more important than Europe, the latter of which is plunging into further crises. Washington is now focusing the majority of its attention and resources on Trans-Pacific relations, which means that it will be taking ever-decreasing responsibility for stability in Europe. This could lead to a situation where the West, an entity understood as a transatlantic community, could cease to exist by the end of the next decade.

However, this does not mean that the USA will ultimately lose interest in Europe. For instance, it is unlikely that they will entirely withdraw from European politics as they did after the end of the First World War. Rather, they will keep a watchful eye not to allow the creation of a Eurasian continental block, founded on the Berlin-Moscow-Beijing triangle, and thus will continue their limited political and military presence on the continent, at least to prevent the emergence of such an alliance. NATO will therefore still be a principal instrument of Washington’s policy toward Europe.

The strategic transatlantic partnership cannot be replaced by the independence of Western European countries, contrary to what had previously been anticipated. These countries were to create a European superpower (or empire), which would play a key role in global politics, i.e., equivalent to that of the USA today. However, the relentless crises of late in the eurozone have had a destructive effect on the political effectiveness of the entire integration project. It has established a permanent division between the indebted countries of the south and the creditors of the north. This division is not entirely visible because today a real recovery plan is not even envisaged in the political agenda.

Some economists argue that the problem of the eurozone is the constant trade surplus of the highly developed economies of the north with respect to the economically weaker countries of the south, the symbol of which is a substantial positive balance in Germany’s foreign trade. It is evident that this situation cannot last forever, and can be solved by two ways – either by significantly increasing financial transfers from the north to the south, as desired by the supporters of state interference in the economy (Joseph Stiglitz) or by abolishing the eurozone and dividing it into, for example, two currency zones: one grouping the countries of the south and the other – the countries of the north, as desired by the supporters of the free market (Hans-Werner Sinn). European politicians do not seem to be aware of the current economic reality, and are clearly stalling without acknowledging the need for one of these procedures. This means that the division between the poor south and the prosperous north will deepen and become a permanent factor in European policy.

Chancellor Merkel’s agreement on the eurozone’s common budget, expressed in June 2018 in Merseberg during a meeting with French President Emmanuel Macron, will not serve the purpose of healing the eurozone, contrary to expectations. The reason behind this is that the EU budget would have a symbolic dimension of at most a few tenths of a percent of the GDP of its member states. Meanwhile, transfers from north to south, to make any sense, would have to amount to several percentage points (just like transfers from the north to the south in Italy). In other words, it is a matter of scale. Tens of billions of euros will not solve the problems of the eurozone; rather, the question remains whether several hundred billion will be enough. It must not be forgotten that there is still the debt reduction problem of Greece as well as that of other countries in the south, which amounts to several other hundreds of billions of euros. There will be no such sums of money in any common European budget, and the crisis in the eurozone will continue unabated.

There is much to suggest that the implementation of the German-French plan to create a common budget in the eurozone will deepen further historical division: the East-West dichotomy between the post-communist countries admitted to the EU at the beginning of the 21st century, and the old EU member states. Aware of the stinginess of the rich countries of the north, Eurocrats decided to save on funds destined for those states of Central Europe to reduce their distance from the highly developed countries and to render them as indebted countries of the south. This conclusion can be drawn from the European Commission’s new EU budget draft, which was presented in June. It cannot be ruled out that the recent Merkel and Macron plans will entail further cuts in funding for poor Central European countries, with the result that EU funding for convergence will be even more limited than Brussels now envisages it. This may provoke a situation that would be incomprehensible to ordinary Poles, Czechs, and Hungarians, who feel disadvantaged with the fact that they are out of money to which they are entitled, as the European Union subsidizes relatively more affluent countries such as Greece, Italy and Spain.

The Brussels elites cannot understand the mentality of the poorer EU member states. For the latter, EU accession meant the fulfillment of a great dream: catching up with the rich countries of the West. Integration without convergence will no longer make any sense to them.

For the European establishment, power has become the golden calf: not only axiology but also any ideology was dedicated to its altar. The traditional division between left and right began to gradually disappear as a result of the alleged historical victory of neoliberalism after the fall of communism. The consequential liberal consensus brought the two closer together and then equalized the traditionally polarized remote political camps. Politics as a competition between different visions of the realization of the common good has ceased to exist. One group holding power and one program have been set up, and those opposing the status quo are immediately accused of populism, racism, anti-Semitism and so on. In this way, the myth of the “end of history” served to legitimize the power of the political elite of the West, which won the Cold War. It seemed to them that it was History and Ideology that gave them the eternal right to rule European nations. Democracy, for instance, the free vote of the citizens, seemed to be of secondary importance. The elites knew better what was good and what was bad for those being ruled: commoners should enjoy their increasing prosperity (consumption) and leave politics to those who knew it better than they did. 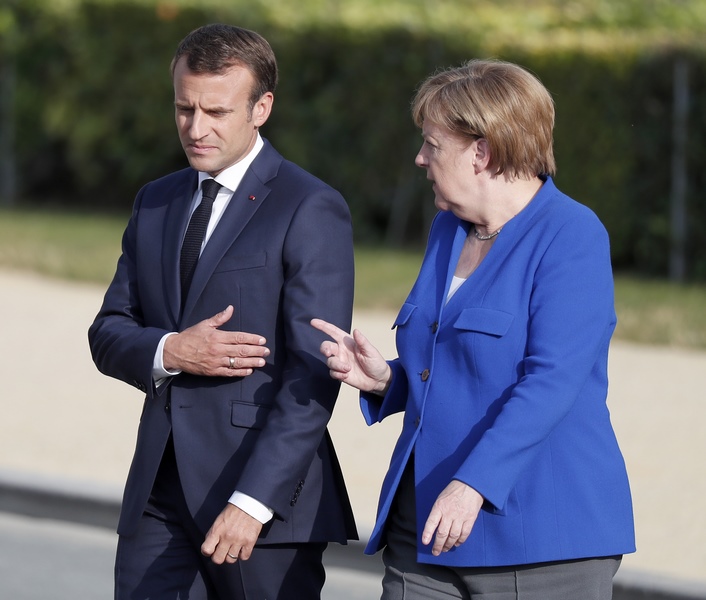 Meritocracy can be a way of governing. The problem is just that for a long time political elites of the West have been struggling with corruption. In the last two decades, corruption scandals have come to light in every Western country, the effect of which was the transformation of national political scenes. The symbol of European political elites is still the multi-term Italian Prime Minister Giulio Andreotti, involved in corruption scandals and in cooperation with the Sicilian mafia. When these scandals came to light, the Italians decided to do without the governing political class. It comes as no surprise that instead of the mafiosi, they preferred comedians.

Today, it is difficult not to notice the end of the so-called post-Cold War order of the last quarter of a century, which was characterized by, among other things, the belief that traditional powers would be playing a less and less significant role in global politics and that their place would be taken by increasingly centralized integration areas, which would gradually evolve towards quasi-empires.

What was supposed to be a model example of such an evolution was the European Union, which was to become an empire equal to the United States. This project turned out to be nothing more than another utopia created in the minds of alienated elites. Instead of integration, we are entering a period of disintegration. Instead of being a superpower, the European Union is threatened with impuissance and decay.

These processes will pose a particular challenge to Poland’s foreign policy, which, in the last quarter of a century has been in an extremely comfortable situation. The country understood that the pursuit of national interests to be a fit for the constellation created as a result of the primacy of the Washington-Berlin axis. As a result, Warsaw became a member of two exclusive Western clubs: NATO and the European Union. Today, there is no such axis, and a new constellation is being created, which will be characterized by ever stronger divisions on our continent.

A new equilibrium system, however, is not yet in place, and it is hard to say how long it will take to create it. In the coming years, we will have to cope with many internal issues. The divisions that were outlined earlier may lead to the accumulation of international conflicts. Polish diplomacy will face a challenging task, but also an opportunity to establish real subjectivity.

Poland is neither a superpower nor will it become one in the next decade. However, it is not a small country that is doomed to the role of customer. This international “underdeterminacy” is our curse, but it is also an opportunity because it allows us to think realistically about our subjectivity. The latter will only be achieved if we do not focus on one of the currently competing centers of power (puissance). Then we will bring Poland down to the role of a subordinate satellite. Poland will become an influential player only if we learn how to play many pianos at the same time.