Belarusian President Alexander Lukashenko and his Russian counterpart Vladimir Putin failed to agree on closer integration between the two countries. The leaders’ next meeting is set to take place on December 20. Alexander Lukashenko is striving to negotiate the most favorable deal for his country in a bid to secure economic interests and safeguard his authority in Belarus. Minsk has long benefited from Russia’s financial aid while making efforts to provide Moscow with the fewest number of its business assets as well as to preserve its security and political sovereignty. And yet Belarus’s ever-worsening economic situation and Russia’s fiscal policy have backed Lukashenko into a corner. As Belarus is soon expected to undergo an economic collapse, it has no other choice than to either embark on radical reforms or to obtain relevant guarantees from Russia. Any changes could become a threat to Lukashenko’s authority. With Moscow-sourced financial support, Belarus could get involved in even greater integration with Russia in a move that could bolster Minsk’s reliance on the neighbor. So Lukashenko is trying its best to get the highest possible aid from Moscow while sustaining the lowest possible level of Minsk’s dependence. 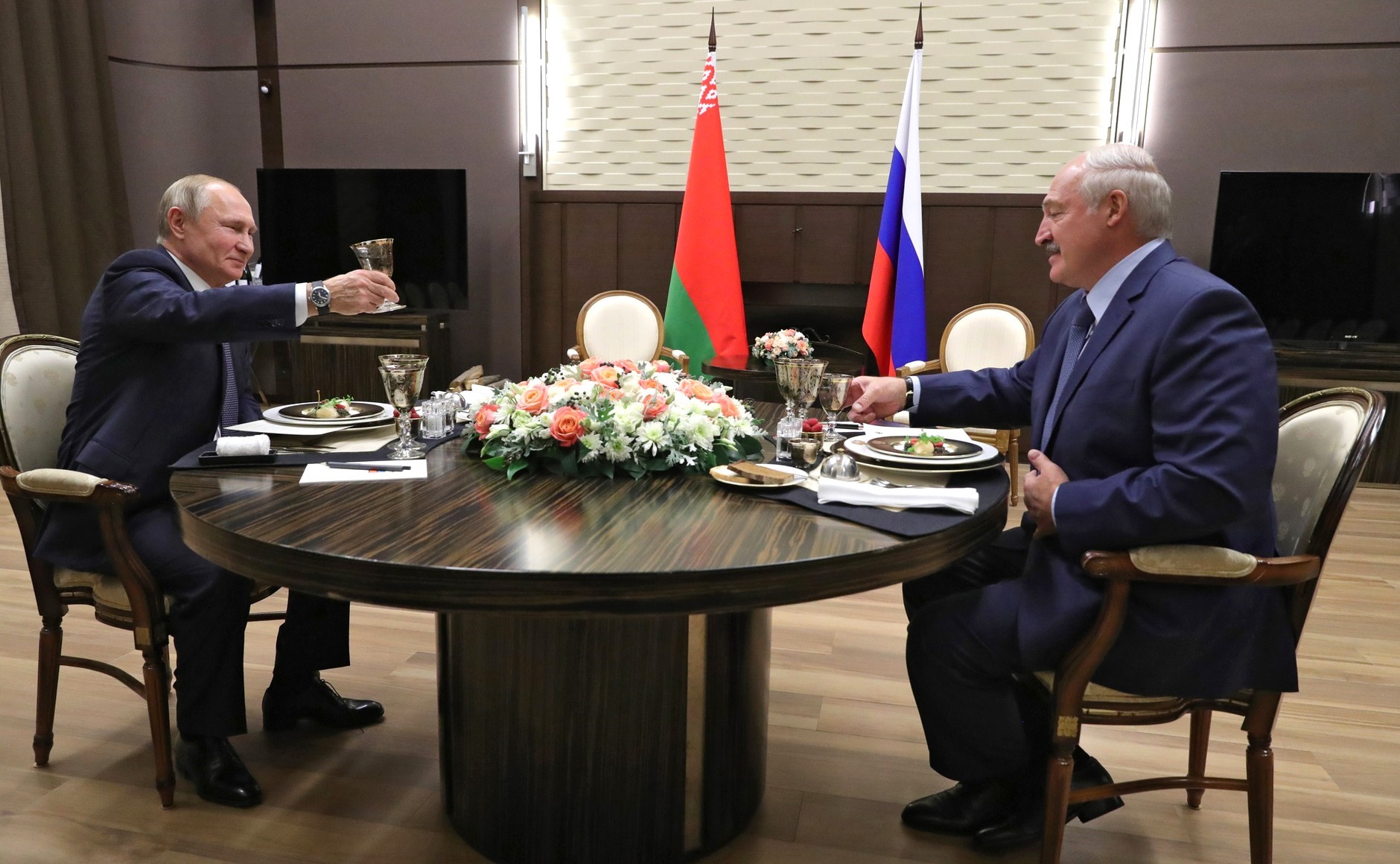 Russian and Belarusian leaders met on December 7 in the Russian resort city of Sochi. And yet their negotiations fell flat because Putin failed to convince his Belarusian counterpart to deepen ties, an event coinciding with the 20th anniversary of the Treaty on the Creation of a Union State of Russia and Belarus. The meeting in Putin’s Sochi retreat ended in nothing, which is evidenced by the fact that neither the Russian leader nor his Belarusian counterpart addressed the press after the talks. Lukashenko’s plan was yet far from handing over his country to Russia; instead, he went to Sochi for money. What was essential for the Belarusian leader was the price of oil Belarus imports from Russia. The country gets one-fifth of its total incomes from reselling Russian oil to Europe and trading petroleum products it produces on the basis of Russian-sourced raw material. Belarus already buys Russian oil on preferential terms. As Russia is gradually changing its oil tax regime, Minsk will need to purchase the raw material at a higher price as a result of Moscow’s “tax maneuver” that could deprive Belarus of $2 billion in its annual profits. Among key items discussed, there was also the issue of the contamination of the Druzhba pipeline. Vladimir Semashko, the Belarus ambassador to Moscow, said the next day that Minsk seeks roughly $70 million in compensation. A second important issue here were imports from Russia. Lukashenko tries to get Russian-sourced energy as cheap as possible. At the same time, Moscow is reported to apply higher gas tariffs for Belarus from January 2020. Belarus and Russia have not yet set the gas price to apply starting from the next year. Today Belarus purchases Russian natural gas at $127 per 1,000 cubic meters, which is cheaper than the market price, though higher than what is paid by Russian households and businesses.

Belarus and Russia are working to deepen ties through a list of 31-item roadmaps on these two’s cooperation and various areas of the economy. On the eve of Lukashenko’s talks with Putin, the Belarusian prime minister said that as many as sixteen issues still need to be reconciled. In his negotiations with Putin, Lukashenko skilfully plays up public moods that prevail in his country. While Lukashenko and Putin were holding talks in Sochi, Belarusian people took to the streets of the country’s capital Minsk to express their discontent over intensified ties between Russia and Belarus. A poll found that roughly 8 percent of respondents displayed enthusiasm over Belarus’s becoming part of the Russian Federation. Belarus’s Alexander Lukashenko and Russia’s Vladimir Putin will next meet on December 20.