On April 20, Latvian security police detained Aleksandr Gaponenko – an ultra-radical, pro-Russian political activist. He was the founder and the leader of several pro-Russian organizations operating under cover as organizations defending the rights of Russian speakers and the President of the “Institute for European Studies”. Aleksandr Gaponenko’s activity which is funded by Kremlin, is an element of Russian sabotage in Latvia. 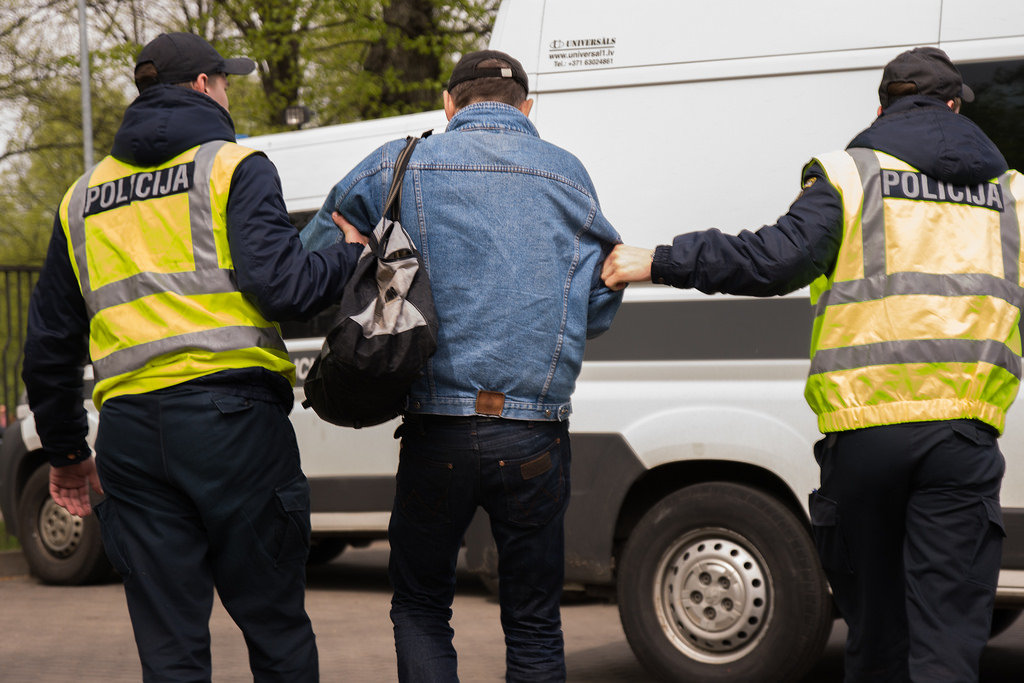 Gaponenko’s detainment was a part of the criminal proceeding opened by Latvian forces at the beginning of April for activities targeting country’s independence, sovereignty, territorial integrity. Latvia’s Security Police do not provide detailed information concerning the arrest for the sake of ongoing investigation.

A detainment which took place in April is not the first case where Latvian judiciary is interested in Gaponenko’s pro-Russian activity. In 2015 he was detained by services for incitement to ethic and religious hatred.

Gaponenko’s social and political activity is used by Kremlin to spread disinformation about Latvia and also to manipulate Latvian society. For many years, Gaponenko has appeared in Russian channels as a Latvian expert of minority affairs, where he  performs defamatory actions towards Latvia. As a self-proclaimed human rights defender in Latvia, he promotes thesis of reborning Latvian fascism, government’s oppressive policy towards national minorities. In this way, he acts two-way. On the one hand, he stokes up social antagonisms by manipulating and bringing out social divisions in Latvia. On the other hand, he tries to disavow Latvia, presenting it as a country which does not obey values of the EU.

On April 16, Gaponenko posted on his Facebook profile that in the middle of May an ethnic cleansing of local Russian will be conducted by jointed forces of Latvians and Americans. According to Gaponenko, who relies on the source from the NATO soldiers quartering in Latvia, anti-Russian provocation will take place between May 12 – 15. According to him, Latvian and American special forces will gather local Russians in the Skonto stadium in Riga, and then murder them.

It is hard to link Gaponenko’s detainment only with the content of his „fake news” post on Facebook. It is a part of a broader situation which is currently taking place in Latvia. This year’s turn of April and May is a hectic time. Probably Latvian forces by arresting Gaponenko are minimalizing the attempt to inflame the social conflict in Latvia. Detained Gaponenko will not be able to take part in another protest against education reform which is expected to take place on May 1. As well, he will not participate in the soviet Victory Day on May 9, which will be celebrated in Riga in Uzaras Parks.