The End of the Yamal Contract: Poland’s Gas Sector to Enter a New Era

On November 15, PGNiG, Poland’s state-owned oil and gas company, submitted a declaration of intent to Russia’s Gazprom to terminate the Yamal contract – the most unfavourable gas agreement in Polish history. Why has this happened and what steps can be now taken by the Polish government? 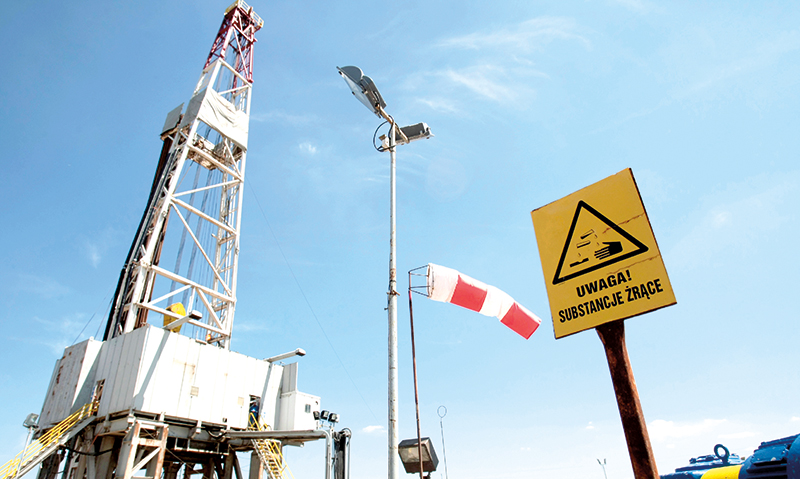 The declaration of intent to terminate the current gas contract with the Russians was presented in the Polish media as a great event. It happened for a reason. In this way, the Polish government has shown that Warsaw is not obligated to sign a new agreement with the Russians at all costs and is now in the position to reject unfavourable offers. The Yamal contract has without doubt been one of such offers.

Currently, Poland consumes around 18 billion cubic metres (bcm) of natural gas per year. Of this number, only 4 bcm of gas is satisfied by the country’s domestic production. About 9 bcm of gas is imported from Russia through the Yamal gas pipeline running through Belarus. The rest comes from other sources – mainly from the Świnoujście LNG terminal, where the raw material is shipped primarily from the United States and Qatar.

However, the situation of the Polish natural gas sector was somewhat different nine years ago, when the Yamal contract was signed. Back in the day, the demand for the raw material was about 14 bcm of gas, of which as much as 9 bcm was imported from Russia. Apart from low-capacity transit with neighbours, there were no other supply sources.

In January 2009, two events coincided in time. One of them was the outbreak of the Russian-Ukrainian gas crisis, through which Russia attempted to put pressure on the Ukrainian authorities. Prior to that, Russia’s Gazprom had informed the then Polish Minister of Economy Waldemar Pawlak about possible supply interruptions. The Russians had also been pushing for negotiations on an appendix to the 1993 gas transit agreement, along with a set of conditions regarding increased gas supplies to Poland.

The Polish government, however, delayed entering into talks on the issue until the mentioned gas crisis broke out, being forced to prepare a negotiation strategy in haste. According to a report published by Poland’s Supreme Audit Office (NIK), the negotiations were conducted without necessary consultations and with no regard for regulations. However, it was of little importance, as the negotiators did not even respect the negotiation process, discussing certain aspects of a new contract by phone.

As a result of a number of errors and general non-compliance with the basic principles of negotiations, in November 2009, a draft agreement was drawn up. According to the draft, the new contract on gas supplies was to be valid until 2037. All this was against the earlier contract provisions, which contained the construction of an LNG terminal and required the agreement to end in 2014. The provisions were changed afterwards.

Finally, the agreement was initialled on February 9, 2010, and the following day it was sent to the respective ministries and institutions for approval. Once again, this was done in violation of the working regulations of the Council of Ministers. Some of the consulted institutions and ministries had only 30 minutes to read through the agreement and formulate comments. The Energy Regulatory Office was treated the worst, as it had only two minutes to look through the document. As a result, out of 33 addresses, only one ministry responded without submitting any comments.

The contract was not signed until October 29, 2010. The delay was caused by an intervention of the European Commission, which suspended the signing of the agreement due to its non-compliance with EU law. As it later turned out, the provisions of the agreement were also against Polish law.

The final shape of the agreement is much better than the one originally negotiated and remains in force only till the end of 2022. Nonetheless, the Yamal contract is the worst agreement in the history of the Polish energy industry in the Third Polish Republic. Under the take-or-pay provision, Poland is obliged to purchase from Russia at least 8.7 bcm of gas per year. This means, in practice, that the unreceived gas is subject to a fee anyway. Moreover, Poland has no right to re-export the raw material, and its price is not market-dependent but is strictly linked to the price of crude oil. Simply put, the gas supplied to Poland is, in fact, more expensive than the one transported, for example, to Germany, located farther away from Russia.

The details of the gas negotiations are of great importance, as they show the path that Poland has gone through over the last decade. Back in 2009, Russia’s gas blackmail managed to paralyse state institutions and resulted in the signing of the terribly unfavourable contract for the Polish side. Now, however, it has been made possible for Poland to say no to gas supplies from Russia.

So what happens next?

Today, Poland consumes 18 bcm of natural gas per year. However, the number is expected to increase significantly over the next few years. The reasons for such a change are the following: economic growth and the transition from coal to renewable energy sources, mainly wind and solar power, in the energy industry. Despite all this, natural gas is still playing an important role. At the moment, combined cycle power plants are being constructed to replace Poland’s largest coal-fired power plants, including the Żerań power plant in Warsaw.

According to forecasts prepared by the Gaz-System company, a Polish natural gas transmission system operator, Poland will increase its gas consumption from 20.6 to 26.4 bcm of gas per year by 2030. It should be enough to mention that the country has already increased its demand by about 1 bcm of gas over the past year.

How will the Polish government respond to these upcoming challenges? First of all, the transportation capacity of the Świnoujście LNG terminal is to be expanded, a project that is already being implemented. The current regasification capacity, which stands at 5 bcm of gas per year, is to be increased to 7.5 bcm of gas per year in 2022. Moreover, the construction of an FSRU (Floating Storage and Regasification Unit) terminal in the Gulf of Gdańsk with a capacity of about 4 bcm of gas per year is under consideration. Still, such a terminal would not be built until the years 2024-2025. At the same time, however, the construction of a temporary FSRU terminal in Świnoujście should not be excluded.

Nonetheless, the capacity of a terminal can be compared to a car – just because it has five seats, it does not necessarily mean that there are always five passengers. For the year 2019, PGNiG has signed a contract for 3.5 bcm of LNG (after regasification) with the delivery to Świnoujście. The number will increase to as much as 8.5 bcm of gas in 2023 and a year later to almost 12.5 bcm of gas, of which 5 bcm is to be supplied to Świnoujście. Other methane carriers will be under the control of PGNiG already at the loading points, which means that the Polish company will be able either to resell the unused raw material on the energy market or to ship it to the country.

Apart from the LNG terminal, another key project that will transform the Polish gas market is the Baltic Pipe natural gas pipeline. The line intended to connect Poland with Norwegian gas fields will run along the bottom of the North Sea through Denmark’s territory and then along the Baltic Sea floor to finally reach its destination, that is, to supply gas to the Polish system. The pipeline’s capacity is to be 10 bcm of gas per year. Under the Open Season procedure, PGNiG has reserved a capacity of 8.1 bcm of gas. The raw material is expected to start flowing through the pipeline in October 2022.

The date is not random. As a matter of fact, the Yamal contract is due to expire at the end of 2022. So what does Poland intend to do?

In 2023, Poland’s gas demand is expected to be between 20.1 and 23.6 bcm of gas per year. By that time, the already-mentioned projects will have become fully operational with a total capacity ranging from 12.5 to 15 bcm of gas, not including additional connections with neighbours. For that time, Poland has reserved 8.1 bcm of gas transported through the Baltic Pipe and 5 bcm of LNG delivered to Świnoujście, with the possibility of increasing the LNG supply up to 8.5 bcm. This gives a total of 13.1 to 16.6 bcm of gas per year. If one adds to this about 4 bcm of the country’s domestic gas production, then from 2023 Poland will be able to satisfy its own gas consumption without imports from Russia. When in need of more gas, there is always the possibility of installing the FSRU terminal in Świnoujście.

But will it be absolutely necessary? Does the “declaration of intent to terminate the Yamal contract” mean the end of imports through the Yamal gas pipeline? It certainly puts an end to the situation in which Poland is forced to sign an agreement with Gazprom at all costs. Moreover, it signifies the end of imposing unfavourable and non-market prices on the Polish side. It also marks the end of Russia’s gas blackmail against Poland. However, it does not necessarily have to mean giving up Russian gas completely.

Smooth negotiations based on a strong negotiating position would allow Poland to conclude a favourable contract with Russia. What kind of agreement would that be? First and foremost, it would have to be a short-term deal, so that, in case any changes occur on the market, conducting renegotiations is possible. Moreover, the price, which should be linked to market indicators, would also be a key factor. Last but not least, Poland would have to be granted the full right to resell the purchased gas. Indeed, having additional fuel volumes would definitely strengthen Poland’s position in the region, giving PGNiG the opportunity to re-export the raw material.

The declaration of intent to terminate the Yamal contract is an important and symbolic event. It truly symbolises the beginning of a new era on the Polish natural gas market. The era of gas independence.