The electrical synchronisation of Baltic states is getting closer 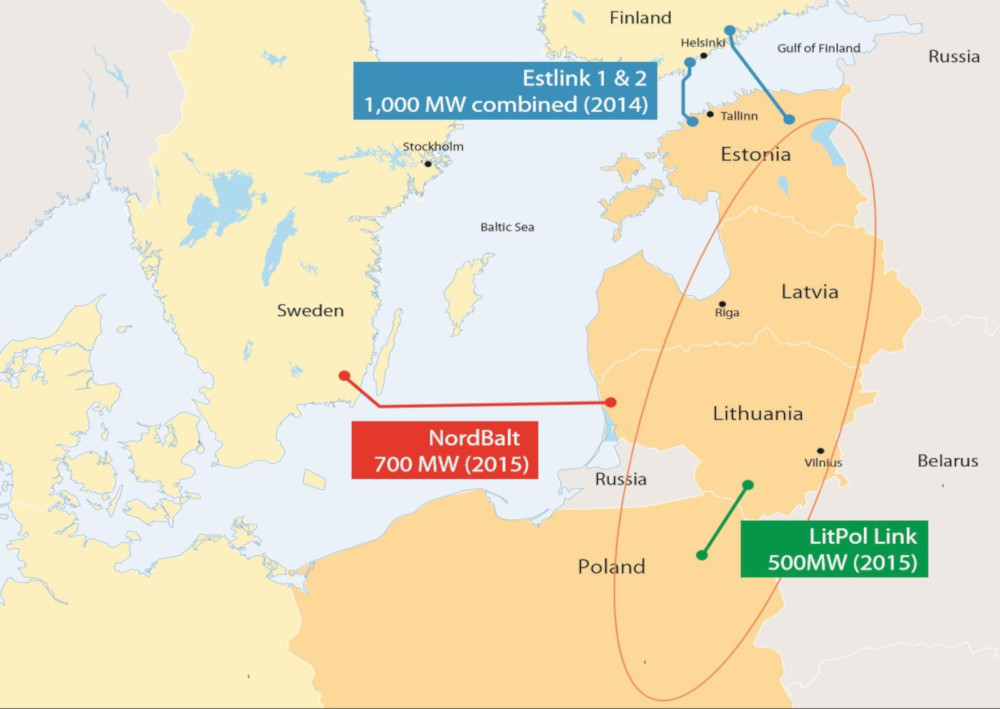 The IPS/UPS electrical grid is one of the last relics from the Soviet Union in Estonia, Latvia and Lithuania. Due to the dynamically changing political situation in the region and Russian blackout threats, Baltic states are determined to integrate with the West. Processes of integration have been lasting for several years. Currently, the three Baltic countries are electrically connected with Poland (Lit-Pol Link), Sweden (Nordbalt cable) and Finland (Estlink 1 and 2). But only the detachment from the Russian system and integration with the remaining part of the continent may be considered as an act of independence from the former empire.

This process – financially, politically and technically demanding – has been lasting for 10 years. It provoked many internal discussions connected, among others, with options of desynchronisation: insular, Nordic or Polish. All such issues have been constituted in the agreement signed in June in Brussels during a special meeting with the participation of President Grybauskaite, Prime Ministers of Latvia, Estonia and Poland and the President of the European Commission Jean-Claude Juncker.

According to the decisions, the synchronisation will be realised by the energy connection with Poland which crosses the Suwałki Region. This option may be considered as the most financially favourable for Lithuania, but additional costs on the modernisation of the Latvian and Estonian infrastructure may appear as a challenge. Probably, part of these expenditures will be covered by the European Commission which has allocated financial resources to the project.

Politically, the process of synchronisation will be launched in September this year. Then, a special procedure which will be realised by the Polish and Lithuanian operators under the guidance of the European Network of Transmission System Operators (ENTSO-E) will be implemented. Subsequent stages will be realised in accordance with the schedule.

The basic element of the synchronising infrastructure is the Lit-Pol Link. In the beginning, it was considered as insufficient, but after a partial, minimal modernisation it should meet the requirements. In the future, it will be supported by the second Polish-Lithuanian energy connection – a cable connecting Klaipeda and Władysławowo under the Baltic Sea.

The detachment from the Russian system and integration with the continent entails not only many positive effects, but also new challenges. Synchronisation with the West will definitely allow the Baltic states to enter the European energy market and the disconnection from the Russian system will make the purchase of energy from the nuclear power station which is under construction in Astravyets in Belarus more difficult. Politically, this issue is particularly important for Lithuania – the Belarusian atomic reactor, which is considered to be technically obsolete is located 50 kilometres from the capital city, Vilnius.

However, Kaliningrad Oblast of the Russian Federation is an element which does not fit to the new energetic puzzle. After the desynchronisation of the Baltic states from Russia, the exclave will probably become an energy island disconnected from the rest of the system. Conditions of energy transmission between Russia and Kaliningrad will be negotiated by the European Commission and the Russian Federation.

A full synchronisation of the Baltic region with the continental system is to be finalised in 2025.